HomeMarketsOrthopedicHot Off Closing on Wright, Stryker is Back on the M&A Trail
Recent
Markets
Venus Goes Big in Mitral & Tricuspid Valves with New M&A
Dec 08, 2021
How Can Medtech Succeed in Digital Health?
Dec 08, 2021
Medtronic Hugo Gets a Green Light in Canada
Dec 07, 2021
Addressing the Ongoing Risks of C. Diff in Healthcare Settings
Dec 07, 2021

Hot Off Closing on Wright, Stryker is Back on the M&A Trail 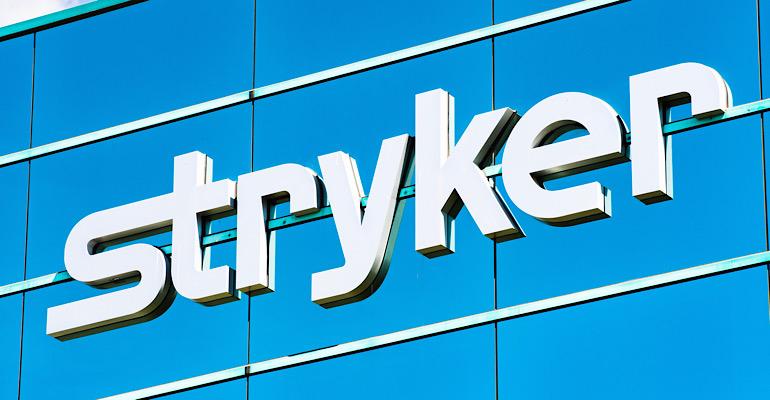 Kalamazoo, MI-based Stryker has acquired OrthoSensor, a specialist in the digital evolution of musculoskeletal care and sensor technology for total joint replacement.

Only five days into the new year and two months after closing a colossal deal in orthopedics, Stryker is back on the prowl for more M&A. The Kalamazoo, MI-based company said Tuesday it has acquired OrthoSensor, a specialist in the digital evolution of musculoskeletal care and sensor technology for total joint replacement.

The companies did not disclose the sum.

Dania Beach, FL-based OrthoSensor was founded in 2017 and quantifies orthopedics through intelligent devices and data services. The private firm’s Verasense creates a knee balancing solution and has been used with Stryker’s Triathlon Knee System since 2011.

Stryker said Verasense is also complementary to the Mako SmartRobotics system and can enhance the robotic workflow through one complete data-driven feedback mechanism.

“Smart devices and implants will play a big role in orthopedics and we are excited for OrthoSensor to join Stryker as we continue to innovate and advance smart sensor technologies, including intraoperative sensors, wearables, and smart implants across our joint replacement business,”said Spencer Stiles, Stryker’s Group President, Orthopedics and Spine. “Patient recovery will become more active as real-time measurement on key performance insights drive improved outcomes and patient satisfaction.”

The OrthoSensor acquisition comes about two months after Stryker closed on the $4 billion Wright Medical deal. Stryker first announced it would acquire the Memphis, TN-based orthopedics company in November of 2019.

However – the deal hit a snag after the Federal Trade Commission expressed anti-trust law concerns.

But that changed after Stryker and Wright both agreed to divest all assets related to finger joint implants and STAR total ankle replacements. The companies have agreed to sell these assets to Carlsbad, CA-based DJO Global.

Stiles offered comments about incorporating Wright into Stryker and closing on the monumental orthopedics deal, during the Evercore ISI 3rd Annual HealthCONx conference in early December.

“There’s extreme enthusiasm about closing on Wright, and obviously the quarters and years ahead with that outstanding portfolio that was part of Stryker,” Stiles said, according to a Seeking Alpha transcript of the conference. “As you know, it was a very long sign to close period, which has advantages in some sense. Really through the pandemic, a lot of time and energy [was] put into making sure we had the right integration plans in place....”

How Is Medtech Navigating the Supply Chain Crisis?
Nov 10, 2021