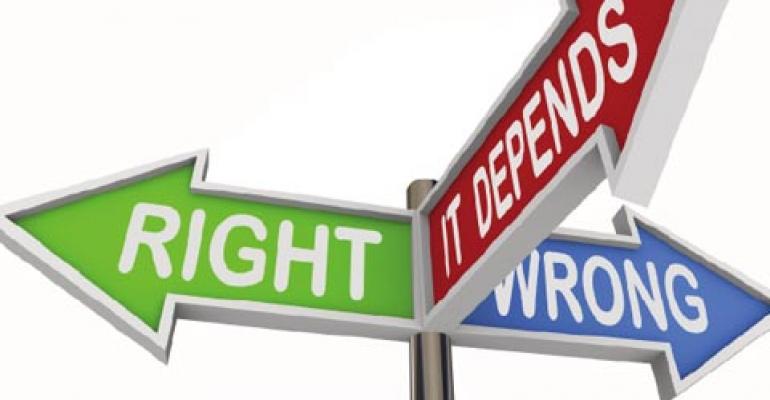 There were no surprises at a public meeting held by FDA in September to discuss a review of the 510(k) program by the Institute of Medicine (IOM).

Industry representatives expressed grave dissatisfaction with the substance of the IOM report—particularly its call for sweeping changes to the program, including the creation of an entirely new, but unspecified, regulatory review process. Patient advocates and consumer groups, on the other hand, generally supported the IOM’s recommendations, focusing on alleged safety issues inherent to the 510(k) process.

David Challoner, chairman of the IOM committee that prepared the review, explained the process by which the recommendations were developed. This included, he said, fact-gathering via public meetings, a review of CDRH reports, and a comprehensive literature search, as well as development of a legislative history of the statutory basis for the program.

This investigative process, he indicated, revealed that it would be impossible to determine the degree to which the 510(k) process facilitates or inhibits innovation. Moreover, he said, there is often no assurance that predicate devices are safe. Challoner asserted that the 510(k) process is “flawed” and that “a new safety and effectiveness paradigm is needed.” In an apparent effort to counter critics, Challoner cited editorials from the New England Journal of Medicine and Archives of Internal Medicine that strongly support the IOM’s conclusions.

Challoner was followed by nearly two dozen presentations featuring the viewpoints of industry representatives, advocates for patients and consumers, and individuals who have experience with devices.

Representing the National Venture Capital Association, venture capitalist Ryan Grant pointed out that last year a total of $6 billion (28% of all venture capital) was invested in the development of new medical devices. He said there is no evidence that patients have been harmed by products cleared through the 510(k) process, and that 99% of those devices have been proven safe for their intended use. “The 510(k) process allows for incremental improvement to existing products,” he said. “To ignore all such historical knowledge would be too costly.”

Sally Greenberg, executive director of the National Consumers League, said FDA’s view of what constitutes “high risk” and “low risk” is inconsistent. She said all implants, including cardiac devices and hip or knee replacements, are “risky” and should be subjected to the full rigor of PMAs. The review process should emphasize the safety and efficacy of a submitted device, she said.

AdvaMed’s Janet Trunzo strongly disagreed with the IOM’s principal recommendation that the 510(k) process be abandoned altogether. “The 510(k) process has served patients well over time, with a remarkable safety record,” she said. Trunzo pointed out that FDA is already implementing improvements to the 510(k) program, and she indicated there is no need to pursue “a vague new plan, with no guidance [from the IOM] on what is needed.”

Representing the National Research Center for Women & Families, Paul Brown argued that clinical trials should be required for all implants, because they should all “be defined as high-risk.” He agreed with the IOM that better postmarket surveillance is needed, and urged FDA to push for unique device identification systems, which can facilitate surveillance and product recalls.

Diana Zuckerman, president of the National Research Center for Women & Families, reiterated Brown’s recommendations. She noted that, in recent years, up to 70% of product recalls were initially approved as 510(k)s, and 45% of products associated with patient deaths were either exempt or approved via the 510(k) process.

Two speakers associated with SUNY Upstate Medical University, Lisa Lai and Amy Friedman, provided case histories of serious injuries related to the use of medical devices. They urged FDA to strengthen the means for alerting physicians and surgeons to potential problems with devices. Specifically, they said it is insufficient to rely on warning information printed on package inserts, because surgeons may encounter unexpected problems with devices mid-surgery.

The MDMA’s Natalie Saunders took exception to claims that the 510(k) process does not account for safety and efficacy. “More than 99% of 510(k) devices have experienced no problems,” she said. “No process is perfect, but the goal is always to balance risk with benefits.”

Patient advocate Lana Keeton, representing the organization Truth in Medicine, presented a case history (her own) in which a polymer mesh implant used for gynecologic surgery resulted in a devastating adverse event. She was followed by National Women’s Health Network representative Kate Ryan, who said that while the predicate for the problematic mesh product was used without incident in hernia repair, similar devices used in dissimilar applications can produce unexpected results.

Although arguing against abolishing the 510(k) process, Elisabeth George, representing Philips Healthcare, suggested that FDA develop a secondary pathway based on global harmonization task force (GHTF) criteria for approving Class I and Class II products. She also advocated strengthening the de novo approval process for products with unique characteristics and no predicate. She suggested that to achieve this purpose, new legislation may be required.

William Vaughan, of the Union of Concerned Scientists, and Suzanne Henry, of the Consumers Union, agreed that the 510(k) process has major flaws, although both left room for modifying the process rather than completely replacing it.

Attorney Larry Pilot, speaking as an individual, concluded the public meeting with a strong endorsement of the 510(k) concept. “The 510(k) statute is good,” he said, “but its execution needs to be improved.”