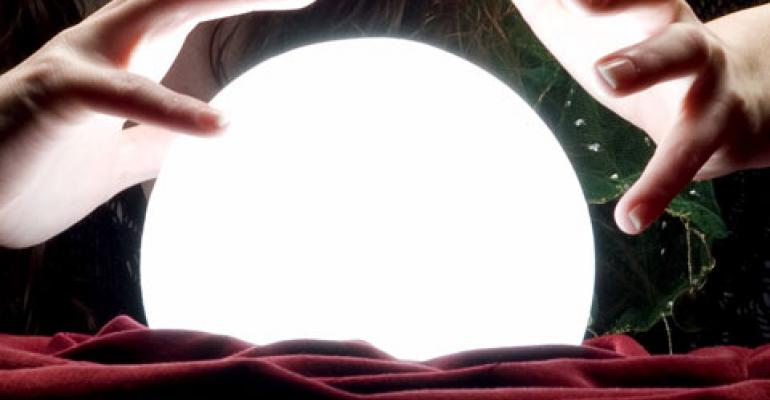 The topic of of the keynote address at TCT2011 was certainly ambitious. Titled “The Future of Humankind,” it was delivered by Michio Kaku, PhD, a bestselling author and a professor at  City College of New York who helped formulate string theory. And he did not disappoint in his speculations of where healthcare would be 10, 20, even 50 years into the future.

As a physicist, he said he was in a unique position to reflect on what the future might hold. “Physicists invented the laser and the transistor. We helped to build the first computer. We wrote the World Wide Web. We created the GPS system. Along the way, we also invented television and radio. We discovered x-rays. And by the way, we also created the first MRI scan. The first PET scan. The first EEG. And nuclear medicine along the way.” 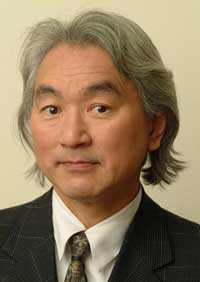 Because physicists have been involved in so many technological breakthroughs, they love to make predictions, he said, adding that such predictions don’t always pan out. He cited physicists’ early prediction that Internet would be a high-art, high-culture destination.

Kaku argued that physicists, nonetheless, are better than most at predicting the future. He explained that we can assume that Moore’s Law (although it's not a law of physics) will likely continue to hold. The law assumes computing power will double every 18 months and will likely continue to be valid for decades to come. “[Using that law], we can predict what will happen in 2020, 2030, reasonably well.”

Consider how far things have come already, Kaku recommended. “Your cell phone today has more computing power than NASA when they put two men on the moon,” he said. “And in the future, your bathroom will have more computer power than a modern university hospital today.”

In 2020, microchips will cost about a penny to produce, Kaku said. “That means that the future of the computer is to disappear.” Computing will mirror electricity, which has become ubiquitous and has disappeared into the background at the same time. “The word ‘electricity’ has [essentially] disappeared from the English language. In the same sense, computers will be everywhere and nowhere.”

As for where to put the Internet, we will start by integrating it into glasses. Such glasses could recognize faces and print out the biography next to them. They could instantly translate different languages. Kaku didn’t delve into many potential medical ramifications of such glasses, but it could be assumed that they could be used form everything from diagnostics to medical research. “Any piece of scientific material will be available,” he said. “Surgeons will be able to bring up any piece of information as they are doing surgery.” Visual data could be blended with sensory input to create an augmented reality.

If you don’t want to wear Internet-ready glasses, Kaku said, you can wait for Internet contact lenses or until technology becomes available that shoots images directly to the retina of your eye. “You are performing surgery, you are talking to a patient. You see immediately who this person is and have their medical history right in your glasses.”
In the future, “hardware will be almost for free.” Computer chips will become so inexpensive, that even paper will be embedded with chips. The cloud will follow you where your files move. Computers themselves will be so inexpensive that they will be practically disposable.

Kaku later cited the movie Fantastic Voyage. “When that movie came out, people laughed, and said Raquel Welch floating in your bloodstream. No way,” he said. “Well, we are going to come close to this. Today you can get a chip. Put it inside a pill. Put a TV camera in the pill. Put a magnet on it and swallow and guide the magnet--the TV camera, as it goes down your insides,” he explains. “This gives new meaning to the phrase ‘Intel inside.’’”

Nanoparticles could be used as molecular smart bombs. “They home in on individual cancer cells and kill them. We physicsts can make these antibodies guide the molecule. You can user laser beams, radio, to rupture the cell wall of cancer cells,” he said. “It will take many years to work out the bugs. But in principle it works.”

Some of the topics Kaku touched on during his TCT presentation are explored in this Fox video:

What about detecting cancer before it forms? Kaku said the bathroom could be retooled and integrated with massive amounts of computing power to do just that. “In particular, your toilet may have DNA chips in it.” Physicists can etch transistors almost the size of molecules. “DNA is a molecule. So you can actually carve the architecture of proteins, enzymes, DNA, onto silcon chips. Within minutes, it will tell you if you have cancer.”

Kaku added that DNA chips could be placed in bathroom mirrors. ”You blow on the bathroom mirror. It analyzes your saliva droplets, looking for the P53 gene.” A broken P53 gene has been implicated in 50% of all common cancers, he explained.”Your bathroom mirror will tell you if you have lung cancer. So the whole process, of computerizing your bathroom could change the way we deliver medical care.”

An MRI machine the size of a briefcase has already been developed, he explained. “And it is as powerful as a full-size MRI.” Eventually, the MRI system will become the size of a modern cell phone.

Most of the above technologies should be ready within the next decade, Kaku said. “If you look a little bit beyond 10 years, we have the time where the human brain directly controls computers,” Kaku explained. “In Japan, they are hooking up a robot directly to a human mind. This person has EEG sensors on him that are decoded by the computer, which then sends radio messages to Asimo the robot. The robot then carries out the commands,” he said. “This is Avatar. The ability to control robots with the human mind.”

Scientists will also become more successful at preventing and reversing aging. “We do not have the fountain of youth. However, we have been able to isolate many of the genes involved in aging,” he said. “In the future, all of us will have our genes on a CD-ROM costing maybe $100.” To do that now costs roughly $50,000. Once gene sequencing becomes inexpensive, “we will sequence of old people, sequence the genes of young people, and subtract many of the areas where aging is concentrated.”

Tissue engineering will become increasingly important. “We can grow ears, noses, bone, heart valves, blood vessels, bladders, wind pipes. The next organ to be grown is the liver,” he said. “In the United States, there are 91,000 people waiting for an organ transplant. And of them, 18 die every day for an organ that never comes.” We need is a human body shop, Kaku explained.