How To Avoid Off-Label Device Promotion

Severe legal penalties await companies that promote the use of their medical devices for procedures unapproved by FDA. Federal law prohibits such off-label promotion, but the practice occurs frequently in the medical technology and life sciences industries.
Companies engaging in off-label marketing face regulatory, civil, and criminal consequences. A case involving Pfizer and the promotion of its antiinflammatory drug, Bextra, in 2009 illustrates the severity of the penalties involved. The company settled the case with the government for $2.3 billion, and two company executives were facing prison time in connection with the case.
In recent years, most of the enforcement actions for off-label promotion have been focused on drug companies. However, FDA, the United States Office of Inspector General (OIG), and the Department of Justice Department are increasingly paying attention to off-label promotion in the device industry, signaling that device companies may eventually receive the same level of scrutiny as their pharmaceutical counterparts.
This article will help company executives understand the practices that constitute off-label promotion and its legal pitfalls. The aim is to better equip device companies to prevent off-label promotion and thus avoid fines and, potentially, prison sentences. 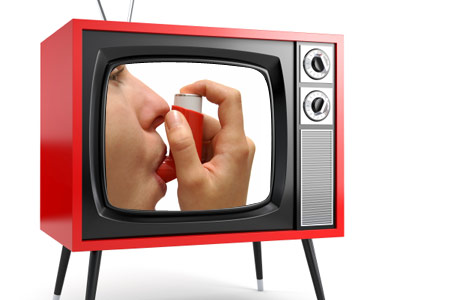 For example, in 2000 a medical device company that manufactured a product cleared for use as an adjunctive diagnostic screening device for detecting breast cancer received a Warning Letter from FDA. The reason? The company’s promotional materials, including its Web site, implied that the device could be used as a standalone test for breast cancer. Among other things, FDA noted that the company’s Web site compared its product to traditional screening methods such as mammograms and suggested that its product was superior. FDA concluded that the comparison was misleading and constituted off-label promotion, since it implied that the company’s device could be used for something for which it had not been cleared.
Both express and implied off-label promotion violate federal law. The federal Food, Drug, and Cosmetic Act (FDCA) prohibits the “adulteration or misbranding” of any device or drug.1 Under the law, a drug or device is deemed misbranded if its label does not bear “adequate directions for use.”2 Because the labels on a device or drug relate only to approved uses, when either is promoted off-label its label does not bear adequate directions for the promoted use. Therefore, the drug or device is misbranded. For this reason, off-label promotion is illegal. The criminal penalties for such off-label promotion can include incarceration and heavy fines.

Off-label promotion must not be confused with off-label use. The FDCA expressly states that FDA is not permitted “to limit or interfere with the authority of a healthcare practitioner to prescribe or administer any legally marketed device to a patient for any condition or disease within the legitimate health care practitioner-patient relationship.”3 That means physicians are free to use approved devices for unapproved uses—and, indeed, they frequently do.
The off-label use of devices may be common in certain patient populations such as children, for example. Historically, the availability of approved pediatric devices has been limited because children are often excluded from clinical trials. Consequently, pediatric surgeons use devices off-label out of necessity.
Any statement made to a third party may be deemed a promotional activity. Frequently, statements made by sales representatives to customers result in problems for manufacturers. However, manufacturers can engage in off-label promotion through various other promotional mediums. FDA and other government agencies may look at the following information sources to determine whether off-label promotion has occurred:
Using Physicians To Promote Devices. Companies sometimes use physicians to help them promote their products. For example, a company may invite a physician to present educational information about a product at a conference. While there is nothing wrong with this practice per se, a company can wind up in trouble with FDA if its physician-representative presents information about an unapproved use of the product.
As noted ealier, the FDCA includes a practice-of-medicine exemption that allows physicians to use devices in any manner they see fit, including off-label. However, this exemption applies only in the context of a legitimate doctor-patient relationship. As such, off-label promotion can occur when a physician who is representing a manufacturer provides off-label information to members of the general public such as the audience at a conference.
Sometimes off-label information is presented at conferences, however. Physician conferences are not subject to FDA oversight. As such, information about the off-label use of a device or drug is a permissible topic for discussion. In order for the presentation to be lawful, though, the conference must be independent from the manufacturer. This means that a physician who presents off-label information must not be a representative of the manufacturer. Further, the manufacturer must not have influence over the conference content or attendees or have any sponsorship role at the conference.
In December 1997, FDA published “Final Guidance on Industry-Supported Scientific and Educational Activities” to help companies distinguish between the lawful and unlawful presentation of off-label information at conferences. The document is available on FDA’s Web site.
Providing Information To Physicians. In some instances, an off-label use of a drug or device may be the medical standard of care. As noted previously, off-label uses are common in the treatment of children. It is possible that a physician’s failure to use a drug or device in an off-label manner constitutes medical malpractice. For this reason, FDA allows companies to provide physicians with information about unapproved uses under certain circumstances. These include:

Both the OIG and Department of Justice prosecute off-label promotion cases. As noted above, device companies promoting off-label use face regulatory and civil liability. These consequences include:
Product Liability Implications. With respect to product liability, off-label promotion can negatively impact a manufacturer’s ability to defend itself against a lawsuit brought by an allegedly injured plaintiff. Most significant, a plaintiff can claim that a company acted negligently when it failed to seek FDA approval for a particular use. The company may not be able to explain why it actively encouraged doctors to use its product for uses that FDA did not approve. Additionally, a company with a history of off-label promotion may find its defensive position further impaired.
Promoting off-label device use may preclude a device company from using legal defenses that are typically available in product liability actions. For example, the “learned intermediary defense” and “federal preemption,” two legal arguments that both device and drug companies often rely on to mitigate liability, are compromised.4

Many device manufacturers know that off-label promotion is prohibited by law but sometimes find it difficult to identify and prevent the types of conduct that constitute off-label practices. For this reason, companies should implement compliance programs aimed at preventing off-label activities. Training employees to spot off-label promotion, avoid engaging in it, and report it to management is fundamental to any off-label compliance effort (see the sidebar, "A Fracture Warning").

Sara E. Dyson, Esq. is the loss control manager for the Medmarc Insurance Group, Chantilly, VA. She may be reached at [email protected].