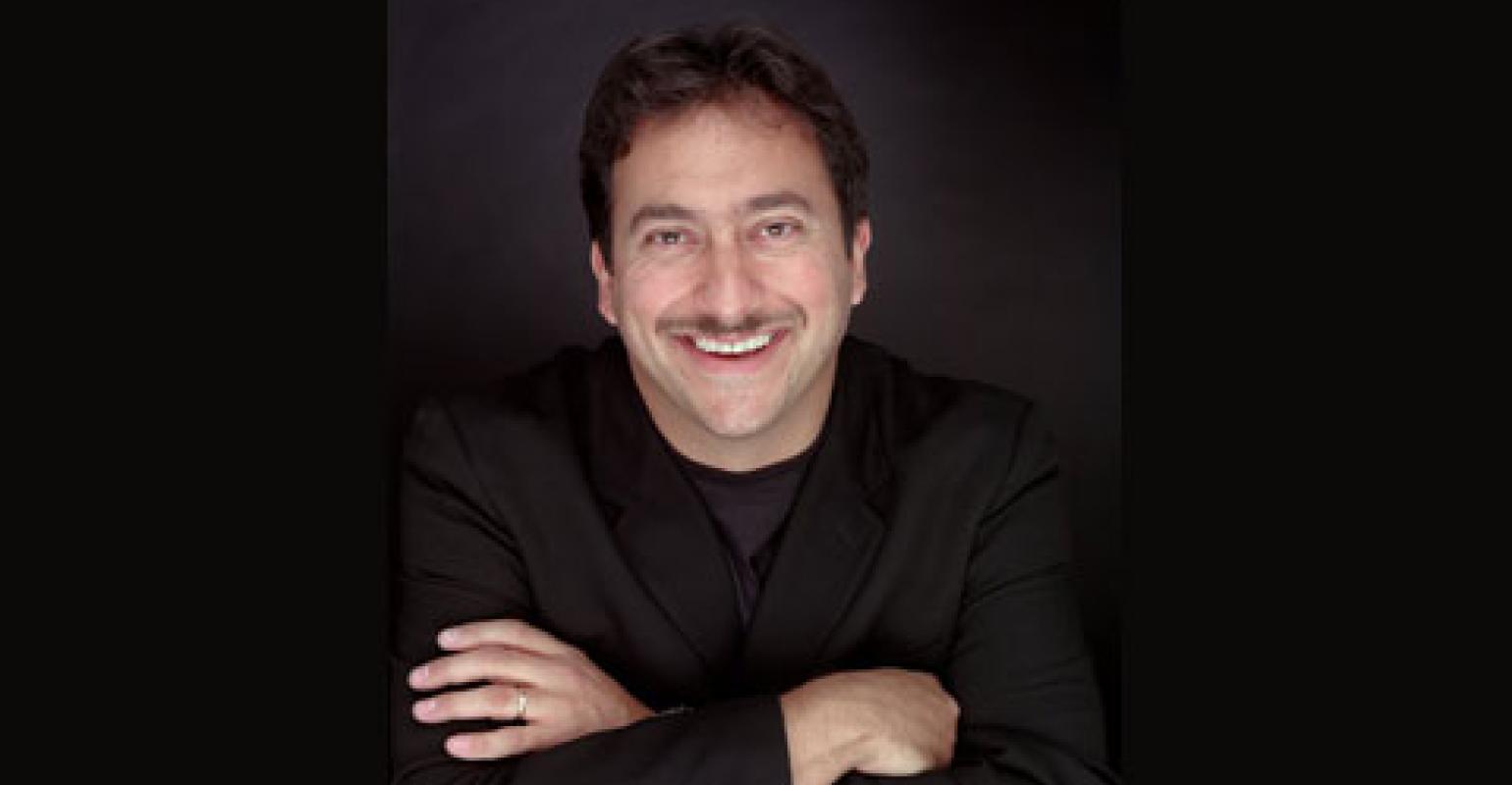 Josh Makower, MD, MBA, is CEO and founder of ExploraMed Development, a medical device incubator based on the West Coast, and also is a Venture Partner with New Enterprise Associates, where he supports investing activity in the medical device arena. He also serves as a Consulting Professor of Medicine at Stanford University Medical School and co-founded Stanford’s Biodesign Innovation Program.

Josh Makower, MD, MBA, is CEO and founder of ExploraMed Development, a medical device incubator based on the West Coast, and also is a Venture Partner with New Enterprise Associates, where he supports investing activity in the medical device arena. He also serves as a Consulting Professor of Medicine at Stanford University Medical School and co-founded Stanford’s Biodesign Innovation Program. Among the companies he has founded through the ExploraMed incubator are Acclarent, the company that created Balloon Sinuplasty as a therapy for chronic sinusitis and was acquired by Johnson & Johnson in 2010; TransVascular, the company that developed the Pioneer Catheter for vascular intervention and was acquired by Medtronic in 2003, and EndoMatrix, a company focused on the development of a novel therapy for incontinence and GI reflux, acquired by C.R. Bard in 1997. Josh holds more than six dozen patents for various medical devices in the fields of orthopedics, ENT, cardiology, general surgery, drug delivery and urology.

Josh also comments with some regularity on issues facing the device industry. In an exclusive interview with MD+DI, he shares his views on the device tax, the Sunshine Act, and healthcare reform in general.

Q: How good of a shot do you think the device tax has of being repealed?

A: I think that momentum is building on this issue, and most importantly in a bipartisan manner. The other piece of good news is that the President has focused on innovation and manufacturing exports, which are central components of the med tech industry.   I am optimistic that the case has been well made why it should be repealed, why it would harm innovation and entrepreneurship in the medtech industry, and why the tax would be a negative for the U.S. economy and for the advancement of patient care.  Unfortunately politics can get in the way of what should be policy decisions, but I am hopeful that this issue can rise above that.  In the end, patients are the ones who will be hurt the most by this tax.


Q: One of the things that you have said before is that the device tax is especially onerous given that it is a tax on revenue and instead of profits. That would make it especially harmful for startup companies that have to make a bunch of cash even to break even.

A: Exactly. The tax is horrible for small companies.  Larger companies are already making moves that include cuts to R&D, shifting components of the business overseas, etc.  The impact on small companies relates to the future of medical device innovation because many simply won’t  survive, and venture capitalists are already cutting back funding.  It takes years before a small company earns its first profit, and with such large investments being made in regulatory and reimbursement processes along the way, adding this burden on innovation is just driving investors away.


Q: What will that do to innovation? Thomas Fogarty, MD has said that issues like this will result in a dearth of innovative medical device products coming out a few years from now. Companies that don’t get funded obviously won’t be around to bring their products to market.

A: That’s already happening. Sadly this is the current state of our industry, as innovators need to plan years in advance, and an excise tax harms innovation. I absolutely agree with Dr. Fogarty and I think it will continue to get worse. It is just not a good time for this tax to be structured in this way. Whether it is about global jobs or allowing technologies that could really have an impact on reducing healthcare costs and improving the quality of life for millions of Americans, either way you look at it, the timing couldn’t be worse for applying this tax in a way that penalizes innovation.


Q: How do you think the  Sunshine Act will fit  into all of this?

A: I think that the Sunshine Act, as it is currently structured, is overly punitive.  As a physician-inventor, it is clear that the drafters of the regulation don’t fully appreciate the role that cooperation between innovators and providers of care play.  This will be a huge burden for companies to be able to successfully report, especially for device companies. Unfortunately, again we are seeing how efforts to address the unacceptable actions of the few are impacting the many. I believe similar to the device tax, the long-term implications will be more expensive and complicated than some fully appreciate today.  As a physician innovator, I’ve spent my entire career addressing patient needs and trying to ease suffering.  To think that I or any of my colleagues would lose focus on our life’s passion because of a free lunch loses the focus of what the problem is.  Patients and providers should be made aware of real and significant conflicts that would affect judgment and it is those relationships that very importantly need to be brought into the open – not who received a lunch, a dinner or a pen.  When the bar is set as low as it is now, it creates a burden to companies and becomes undecipherable by the public.


Q: Moving beyond the device tax and the Sunshine Act, how do you think healthcare reform will affect the device industry in general? What do you think it will mean for the industry that there will be  greater number of patients who are insured?

A: As we have already discussed, the device tax and the Sunshine Act provisions impact bigger and smaller companies in different ways.  The fact that there may be more patients in the pool will mean different things for different businesses.  Established technologies may see some increase in utilization, but because many new technologies still have significant challenges ahead of them simply obtaining reimbursement, I think that this effect will not necessarily impact earlier technologies in the same way.

When we look at the residual healthcare reform proposals that worry me, it is not as much the benefits and advantages of the new patients in the pool. One could make the argument on either side with regard to the pool increasing and the impact on how insurers behave in that environment. The one that I think looms out there but hasn’t had a lot of definition yet is the comparative effectiveness provision.  Comparative effectiveness sounds good if implemented in a logical way, but could it be also be used to substantially impact new, as-yet-not-mainstream technologies, which obviously could hurt smaller companies. Again, many of the details are still being developed and there isn’t much clarity as to what this will look like, but if I were to worry about something, I would worry more about how this provision will impact the development of new novel technologies that have not fully evolved in current practice and how they are evaluated versus the mainstream technologies.  In the end, it’s about providing better care and reducing costs, medical devices play a huge role in achieving these goals, so we must be careful about the impact of new rules and regulations.

Q: Clayton Christensen explains that disruptive technologies start out below the existing market needs. He draws examples from computing: For instance, when personal computer debuted, it had much less horsepower than, say, a mainframe or a minicomputer. But the technology obviously improves over time. Obviously that is true to some extent with medical technologies, where devices might become increasingly effective in years to come, as physicians, for instance, get more skilled at working with them and as future iterations of the technology are introduced.

A: Exactly. There are a number of countries that have a mechanism to support the payment for new technologies shortly after they are introduced, but require them to demonstrate during the time period that they are initially covered, that they provide true cost benefits.  The amount of utilization will always be lower in the first couple of years after a new technology is introduced, so, if during that time it is possible for to allow physicians and patients to gain access and coverage for the technologies, but require the company to also study their cost effectiveness, it seems like a fair trade. Coverage with evidence development is a good way to go as long as the private insurers follow suit and they don’t label it as investigational and refuse to cover it. To the extent that we can get coverage for early technologies that are still evolving, it could greatly benefit the healthcare system financially as well as clinically.


Q: Care to speculate what the effect of A) an Obama reelection or B) a GOP presidential win might have on the medtech industry?

A: I would hope that it doesn’t matter whether there is a Democrat or a Republican in the White House on these issues that relate to innovation, entrepreneurship, the American dream, and bringing better medical technologies to patients.  This is something that should not cut across party lines.

We need regulation to protect the public to make sure that claims that are made by manufacturers are accurate and that their technologies are reasonably safe. But we need this process to be balanced, fair, reasonable, and transparent to allow innovation and the advancement of medical progress.


Q: Do you have any advice for the industry regarding all of these issues? In other words, how can the industry be more effective at getting the word out to the public and politicians that the device industry is a source of many valuable jobs and lifesaving and life-enhancing technologies.

A: My regret is that some of the amazing, cutting-edge improvements to patient care don’t get discussed as much as they should.  Unfortunately, even in the safe and appropriate practice of medicine, suboptimal outcomes exist.  We strive for perfection, knowing that  there is no such thing as a 100% guarantee of any outcome.  But that fact seems to be ignored when the spotlight is all too often placed on the very small percent of patients who unfortunately did not benefit from a technology or a procedure.

From the perspective of industry, I think we have done a good job of sharing the story of how important medical technology innovation is to patient care.  So I think we just need to keep up that work and I hope that when we are talking about this issue next year, that legislation like Medical Device User Fee and Modernization Act and Prescription Drug User Fee Act will have positively influenced our regulatory systems such that they are more balanced, fair, reasonable, transparent, predictable, and allow innovation to proceed so that we can all protect and serve patients in need in the most appropriate way.