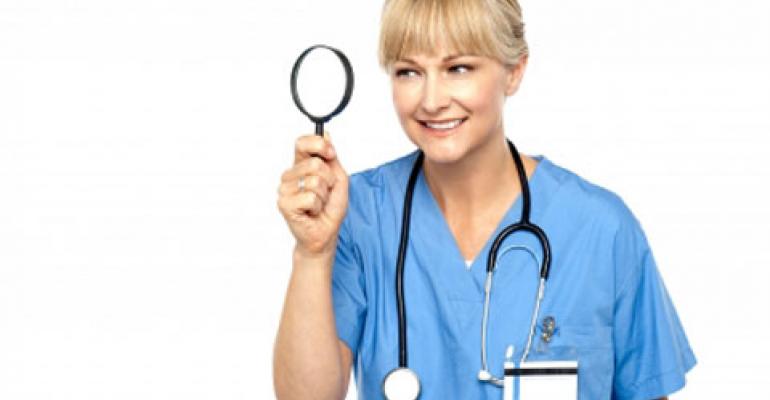 The Federal Trade Commission has officially barred the makers of a mobile app from making what the agency alleges were inflated claims about the app's ability to detect and diagnose melanoma.

FTC approved a final consent order barring Health Discovery Corporation "from making deceptive or unsupported claims that its app, MelApp, could help diagnose or assess consumers' melanoma risk," according to an agency press release. The FTC details in exhibits attached to the February 2015 complaint how MelApp was allegedly advertised to potential consumers as an "image-based risk assessment mobile app that assists in the early detection of melanoma" that could tell users whether melanoma risk for a specific mole is low, medium, or high.

The FTC final order means Health Discovery Corporation must pay $17,963 and cannot make such claims unless the statements are not misleading and can be proven with scientific data.

This final order action was followup to FTC's allegations in a February 2015 complaint about MelApp and another similar app, Mole Detective. Like Health Discovery Corporation and MelApp, the developer and first marketer of Mole Detective, Kristi Kimball and New Consumer Solutions LLC, agreed to a settlement with FTC. However, FTC has said Avrom Lasarow and L Health Ltd. have marketed Mole Detective since August 2012 and did not agree to settle. FTC is seeking a litigated judgment against Lasarow and L Health Ltd., according to a news release from February.

The FTC action is particularly noteworthy because FDA issued final guidance in February on regulation of mobile medical applications (MMAs). While that guidance was viewed as being relatively hands-off, it seems apps like MelApp are among the types of apps that FDA regulates. On its Web page discussing MMAs that it does regulate, FDA lists "mobile apps that analyze an image of a skin lesion using mathematical algorithms, such as fractyl analysis, and provide the user with an assessment of the risk of the lesion."

While most of the FTC commissioners agreed with the final consent order, commissioner Maureen K. Ohlhausen dissented. In her dissenting statement, Ohlhausen wrote, "These matters are another example of the Commission using an unduly expansive interpretation of advertising claims to justify imposing an inappropriately high substantiation requirement on a relatively safe product." She went on to explain that the apps were never advertised as a replacement for checkup by a dermatologist and that there isn't evidence that consumers made this assumption.

Ohlhausen continued, "Health-related apps have enormous potential to improve access to health information...thereby improving health outcomes...The Commission should not subject such apps to overly stringent substantiation requirements, so long as developers adequately convey the limitations of their products...If the Commission continues to adopt such conclusions without any evidence of consumers' actual interpretations, and thus requires a very high level of substantiation for health-related apps, we are likely to chill innovation in such apps, limit the potential benefits of this innovation, and ultimately make consumers worse off."

Are Medtech Professionals Satisfied with Their Careers?
May 10, 2022