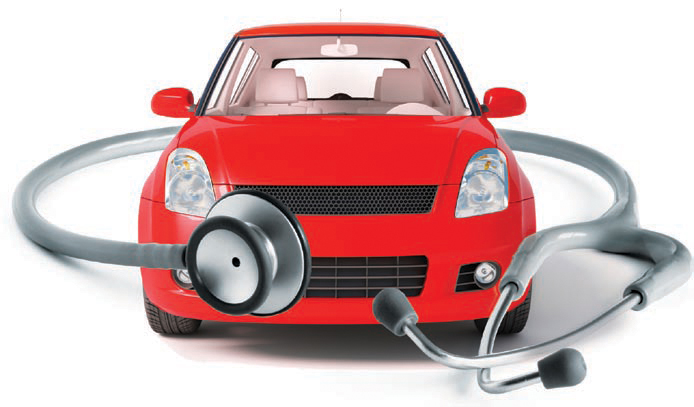 The industry that has driven Michigan's culture and economy for the past century has run out of gas. As it has been publicly chronicled, the Big Three U.S. automakers, consisting of General Motors (GM), Ford, and Chrysler, have been hard hit in recent years. An economic downturn, plummeting profits, massive layoffs, plant closings, and the bankruptcy of GM and Chrysler have crippled the state's economy. The car companies are in crisis, and, in turn, so is the Automotive State.

But losses in the domestic automotive industry could be the medical device industry's gain. As the state looks to recover from almost a decade of decline--including an especially devastating economic performance last year--it is increasingly seeking new opportunities outside of its comfort zone in order to decrease dependence on the struggling auto industry. Diversification efforts are consequently picking up speed as local manufacturers switch gears from motors to medical devices in the hopes of refueling and pumping new life into Michigan's manufacturing sector.

A Strong Foundation
Although often overshadowed, the life sciences industry has been quietly thriving in Michigan since before the automobile industry became synonymous with the state's economy. One of the fastest-growing life sciences states, Michigan currently employs more than 30,000 people at roughly 542 companies in the pharmaceutical, medical device, instrumentation, diagnostics, and biotech sectors, according to the Michigan Economic Development Corp. (MEDC; Lansing).

Contributing to this strong showing of the medical device industry in Michigan is Stryker Corp., for one. The medtech giant calls Kalamazoo home to its global headquarters as well as a Stryker Instruments facility, while the nearby city of Portage hosts Stryker Medical and Stryker Craniomaxilofacial plants. Together, the company's various Michigan-based divisions employ more than 2000 people, according to the Michigan Manufacturing Technology Center (MMTC; Plymouth).

But Stryker, BD, and a selection of smaller OEMs in Michigan aren't the only ones helping the local device industry to flourish; a slew of suppliers in the state have also played a significant role in laying the groundwork for a healthy medical device industry. Dow Corning Corp. (Midland), for example, has been influential in the area as an established materials supplier specializing in silicone-based technologies, including tubing, adhesives, elastomers, and coatings. "Dow Corning has been a leading supplier in the medical device industry for more than 50 years, so it's not like we're Johnnies-come-lately," notes Steve Wilkowski, new business market development leader. Companies such as Centurion Sterilization Services (Howell), a provider of contract packaging and sterilization services; Orchid Orthopedic Solutions (Holt), a contract designer and manufacturer of implants and other devices; Precision Edge Surgical Products (Sault Sainte Marie), a contract manufacturer of surgical components and cutting tools; and a host of other local suppliers and service providers also serve the medical device industry from local facilities.

Efforts to help automotive suppliers to diversify their business have targeted several industries; however, any industry that could benefit from a service provider's specific skill set is encouraged. That said, the medical device market represents a potentially faster and easier market to break into for automotive suppliers compared with the aerospace, defense, and alternative energy sectors, which often involve government contracts or long-drawn bidding procedures, according to Christophe Sevrain, CEO of the consulting firm CJPS Enterprises LLC (Troy). After all, it's been done before: The German region of Baden-Württemberg, home to prominent automakers Porsche and Mercedes Benz, has concurrently cultivated a bustling medtech industry supported by more than 600 companies.

Although manufacturing expertise is a start, serving the medical device market requires more than just talent. Luckily, Michigan is dedicated to economic recovery via diversification, committing resources and allocating funds to facilitate the process. For example, the state, through MEDC, gave an exclusive contract to CJPS Enterprises to assist automotive suppliers in leveraging their capabilities to cater to the medical device industry. With the state picking up a portion of the tab, suppliers can benefit from the consulting firm's advice at a discount rate.

"The very first thing we do is tell them right off the bat if we don't think they're candidates for the medical industry," Sevrain states. "We don't want them to have to buy new equipment or get new skills to get into the medical device industry. If the skills they have don't fit the medical device industry, then forget it. For the ones that do survive the reality check, we help them focus on market segments of the medical device industry that leverage their core competencies." He notes that companies specializing in such areas as machining, assembly, electronics, and software are often good candidates; molding companies, however, comprise the largest portion of the firm's current Michigan-based diversification clients.

In addition to consulting, state incentives and benefits for diversification can include tax rebates when jobs are created as well as various loan programs, grants, and other funding for qualified manufacturers. The state and various organizations are also supporting manufacturers through extensive training, workshops, and seminars. Among them was an MEDC-hosted Automotive Supplier Diversification Summit in 2008 that focused on alternative growth opportunities and drew 150 automotive suppliers and manufacturers. A daylong Automotive Manufacturing Diversification event last year hosted by the economic development group The Right Place Inc. similarly attracted more than 300 eager automotive suppliers.

"It's tough for a state that has been hit so hard with the automotive downturn to have enough cash to go around," Sevrain says. "But I would say given the little we have, the state is very aggressive in trying to find money for training as well as if you hire people, having some tax breaks and good loan programs, too."

A Commitment and Creativity
Applying a state grant, training programs, and the input of CJPS to broadening its business, molder and manufacturer Omega Plastics represents a local diversification success story. Last year, the company launched a dedicated medical device unit, Omega Plastics Medical (Clinton Township). Although Omega had been involved in medical device manufacturing for roughly a decade, it opted to fully commit to growing that side of the business; it now accounts for roughly 35% of the company's business, according to Jeff Kaczperski, company president.

"A key point for us was saying that we were committed for the long haul with time, energy, and investments to make this work," Kaczperski notes. "I think that is the biggest concern that medical device companies have when they look at Michigan and say: 'Okay, the automotive industry is down, but it's going to come back up. Are you going to be there in the long run?' It's really a challenge for the Michigan manufacturers to show that commitment to the long term, regardless of whether automotive comes back or doesn't."

Another area about which some OEMs are skeptical of Michigan manufacturers is quality systems. Because quality is of the utmost importance when dealing with life-saving devices, some OEMs and competing suppliers have questioned automotive companies' ability to meet the exceptionally high standards required by the industry. Kaczperski confirms that achieving necessary quality standards is one of the most important aspects of diversifying into the medical device industry. However, it is by no means an impossible feat, he says.

"Even though they're different, the quality systems they have to create cars are incredible. They have to have full traceability and very tight requirements and are used to very high volume with a very low failure rate," Sevrain adds. "It is different, but the quality is here. We make [suppliers] understand that FDA quality system requirements are a federal law; they're not just a good idea. As long as they understand the rules, they'll play by them. They have a lot to bring to the medical device industry in terms of looking at things differently when it comes to quality."

Michigan auto manufacturers may also bring fresh perspective to the medical market. Wilkowski of Dow Corning notes that the company has gained expertise and opportunities from vendors that have traditionally supplied exclusively to the automotive industry. Furthermore, automotive technology has advanced by leaps and bounds in recent years. Impressive sensing, safety, and user-friendly features currently employed in cars could potentially lend themselves to enhancing current medical products or enabling new ones. "Technology in cars has advanced so much compared to what it was 10 years ago, but the cost has not moved proportionally," Sevrain comments. "There's an opportunity for the automotive industry to be a driver for lowering the cost of healthcare--to enable technologies that will lower the cost of healthcare. I think they're going to give some creativity and aggressive cost structure that could benefit the medical industry."

With promises of cost-competitive services and creativity, Michigan manufacturers are hoping that their diversification efforts pay off as they try to get a foothold in the lucrative but challenging medical device industry. These new suppliers are, at the vey least, shaking up the traditional medical device manufacturing landscape. "I've seen suppliers to the medical device industry leverage some of that knowledge from the automotive industry to actually improve their own ways. Also, some strategic alliances are happening; some Tier I suppliers are also moving up the food chain a bit and becoming closer to an OEM than a supplier in the process, which I think is healthy," Sevrain says. "It's going to push some [established medical device suppliers] to be more competitive, but I don't see a down side to that. Let the best companies and the best technologies win. Let the market decide."