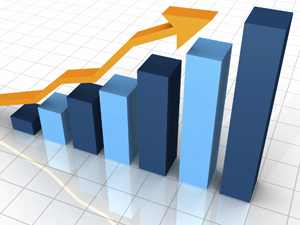 A recent study finds that medical technology is responsible for little of the United States' skyrocketing healthcare costs. The study, backed by AdvaMed, reported that prices for medical technology have been relatively flat over the past two decades, increasing at one-fifth of the rate of prices for other medical goods and services.

Not all spending on technology is equal, of course. And as a paper titled "Saving Money or Just Saving Lives? Improving the Productivity of US Health Care Spending" by Harvard and Dartmouth researchers points out, there is a "large and expanding set of treatments, such as proton-beam therapy or robotic surgery, [that] contributes to rapid increases in spending despite questionable health benefits." The paper, published earlier this year, argues that, in addressing the problem, "[t]he objective should not be to reduce spending per se, but to increase the health gained for every dollar spent. Indeed, in an efficient system, more spending on health care would be a sign of prosperity and a harbinger of improved health and longevity, not a cause for concern."

Complicating matters is the fact that determining how medical technology affects total healthcare spending is "extremely difficult," as a 2008 study from the Congressional Budget Office (CBO) notes. That study, titled "Technological Change and the Growth of Health Care Spending" concluded that "the general consensus among health economists is that growth in real health care spending was principally the result of the emergence of new medical technologies and services and their adoption and widespread diffusion by the U.S. health care system." The CBO went on to conclude that "about half of all growth in healthcare spending in the past several decades was associated with changes in medical care made possible by advances in technology." Whether technology drives half of the growth of healthcare spending, or a smaller portion, it is hard to deny that the cost of healthcare technology is significant. According to a report published earlier this year from the Commonwealth Fund: "The higher prices we pay for healthcare and perhaps our greater use of expensive technology are the more likely explanations for high health spending in the U.S.," David Squires, senior research associate at The Commonwealth Fund was quoted as saying. "Unfortunately, we do not seem to get better quality for this higher spending."

That's not to say that, many times, the extra spending for cutting-edge technology isn't worth it. Many medical breakthroughs, of course, deliver tremendous value to patients. Some technologies, such as stents for cardiovascular disease, deliver a high value for some patients and a relatively low value for others. And others, such as proton-beam therapy, deliver offer most patients little value.

Determining the value of treatments is becoming a clearer focus among payers and, recently, Francis Duhay, MD, chief medical officer of Edwards Lifesciences said at the MedTech Cardio conference that evidence of value "will be the major driver of medical device innovation in the 21st century." Providing that evidence is a matter of proving clinical benefit, improved safety, quality of life, or health economics, he explained.

Incidentally, Omar Ishrak, the CEO of Medtronic seems to agree with that sentiment. In a recent Fortune interview, the CEO was quoted as saying that his company strives to be "very precise about the value we are providing and pricing our products according to the value." Ishrak recently gave a keynote address at the Cleveland Clinic Innovation Summit that touched on this theme as well.

Ishrak is certainly not alone in his thinking. In fact, value has become one of the unifying themes of the Cleveland Clinic Innovation Summit, reports Lisa Suennen, co-founder and Managing Member of Psilos Group. The take-home message from the event, Suennen explains, is that the medtech industry must address this question: "how do we, the medical and medical device fields, refocus our innovation efforts from discovering the next new thing to taking the massive amount of medical know-how we already have and re-purposing it for a world more sensitive to cost, more conscious of consumer engagement, more worried about outcome than income."