Teknor Apex Co. and Eastman have teamed up to test the bond between Medalist thermoplastic elastomers (TPEs) and Eastman Tritan copolyester. The Medalist compounds are specifically formulated to adhere to copolyester and other engineering thermoplastics, and overmolding TPEs onto copolyester offers medical device designers a combination of hard and soft materials that are advantageous in medical components, the companies reported in a news release.

As depicted In the above image, peel strength was measured in the 90-degree pull test on a Zwick tensionometer with 100 mm/min. pulling rate in accordance with DIN EN 1464.

Further, the bond strength between Medalist TPEs and Tritan exhibited very little loss even after soaking test samples for 48 hours in disinfecting chemicals, including a 70% isopropyl alcohol, Clorox bleach, and a 20% intralipids solution, which is a fat emulsion used as an intravenously administered nutrient, the firms reported.

Ross van Royen, senior market manager for Teknor Apex, reported that the company “developed Medalist TPEs to meet the most stringent requirements of the health care industry and produce them in multiple ISO-13485-certified facilities with only FDA-listed food-grade ingredients. All grades are biocompatible in accordance with ISO-10993-5, are RoHS and REACH SVHC compliant, and contain no phthalates, latex proteins, or BPA.”

In the graph below, peel strength test results are shown for one Medalist TPE over-molded onto four Tritan substrates. Blue shows average peel strength, while peak peel strength is indicated by gray in background. 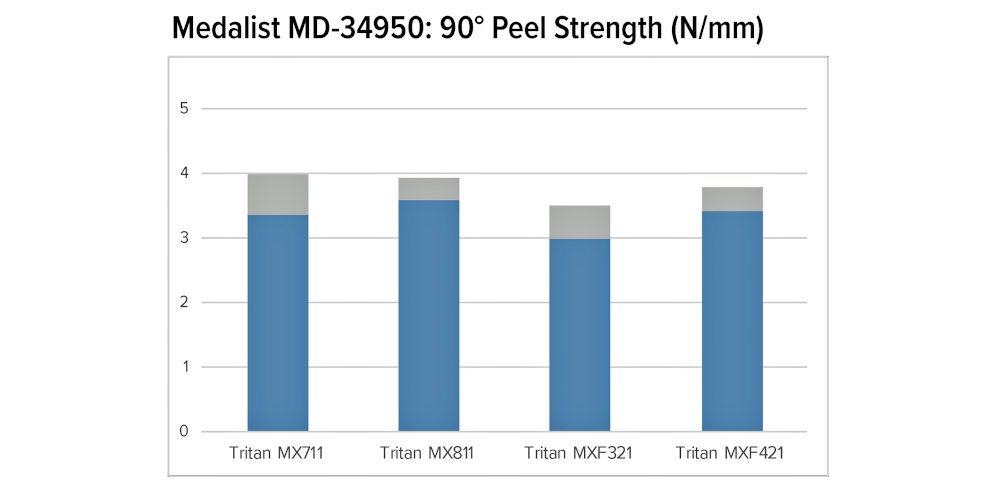 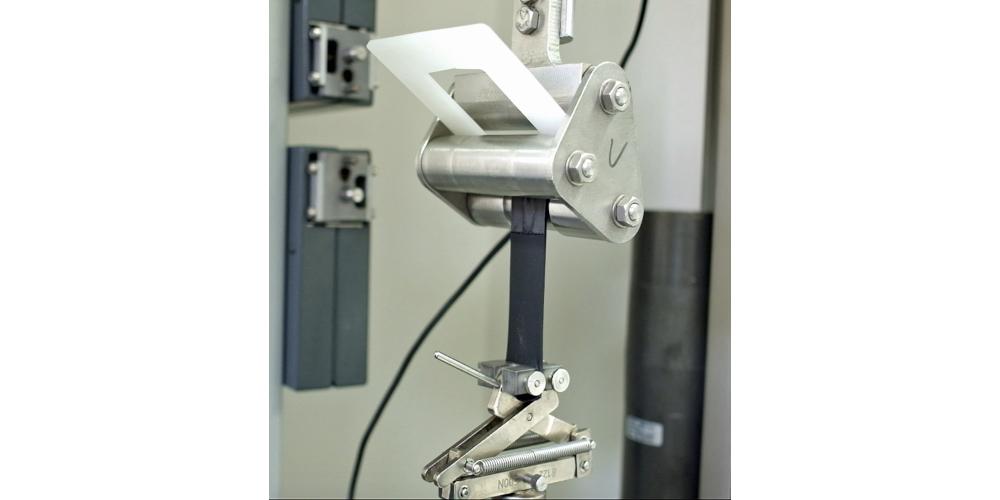