A PEEK into the Future of Hip Implant Bearing Surfaces

While metal-on-metal bearing surface combinations are quickly becoming the present-day pariah of hip implants, polyethylene experienced similar skepticism in regards to its use in total joint arthroplasty in the 1990s. From that polyethylene backlash, however, a slow-moving, but promising, exploration of PEEK as a bearing surface material was born and continues to progress, potentially paving the way for next-generation hip implants. 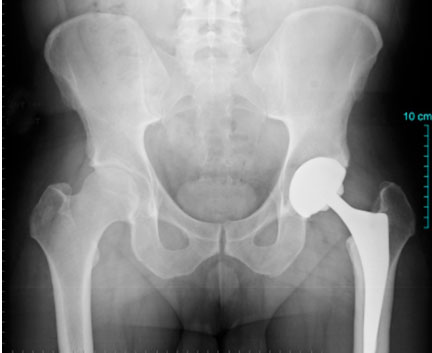 PEEK, which got its start in the aerospace industry as a replacement for metal in the 1970s, didn't register on orthopedic implant manufacturers' radars until the 1980s. And it didn't really garner substantial attention until the mid-1990s when polyethylene's role in aseptic loosening and periprosthetic osteolysis was examined.

"There were a lot of concerns by surgeons that polyethylene particles led to bone loss, so many different implant technologies were investigated: ceramic on ceramic, metal on metal; lots of different solutions were tried by industry," Steven Kurtz, corporate vice president and director at consulting firm Exponent, noted in a presentation at the MEDevice Forum in San Diego last week. "PEEK was one of the solutions considered. But since there were other solutions that were readily on the table and closer to commercialization, work on PEEK bearings has progressed slowly in the background, waiting for the right applications."

And while the industry has been slow in its adoption of PEEK as a bearing surface material, there are signs that slow and steady may win the race--or at least may be a contender in the race. Carbon-fiber-reinforced PEEK, in particular, can have good wear resistance, according to Kurtz. "The wear surface has very good interaction between the PEEK matrix and the fiber so you don't have a lot of debonding," he says. As for wear particles, Kurtz states that cell culture studies have shown that the wear particles on a per particle basis are comparable to those of polyethylene, which has made a comeback in the hip implant market.

Based on some of this initial data, Kurtz says, an implant manufacturer conducted an observational clinical study in Europe in which it took one of its standard hip systems and made one modification: It changed the acetabular component of the system from polyethylene to PEEK. "That clinical study was quite successful and there were no adverse reactions to PEEK. That led Howmedica, which became Stryker, to consider using it in more advanced more modern implant designs."

The modern design that was proposed was a horseshoe-shaped acetabular cup that features carbon fiber-reinforced PEEK. The intent behind this unusual acetabular cup design, Kurtz states, was that it would allow for better physiological stress distribution than a conventional spherical acetabular cup does. Furthermore, PEEK can withstand relatively high temperatures, allowing for plasma coating of the material. As a result, the implant consists of a carbon-fiber-reinforced PEEK, a roughened sputter-coated titanium layer, and is topped off with a hydroxyapatite layer, Kurtz explains.

"I'm happy to report that in a three-year radiograph, bone adaptation around this implant is much nicer than a contemporary hemispherical metal-backed implant. This clinical study is ongoing in Europe right now," Kurtz says. "Based on the published scientific data, orthopedic researchers around the world are investigating PEEK with a wide variety of orthopedic bearing applications." --Shana Leonard