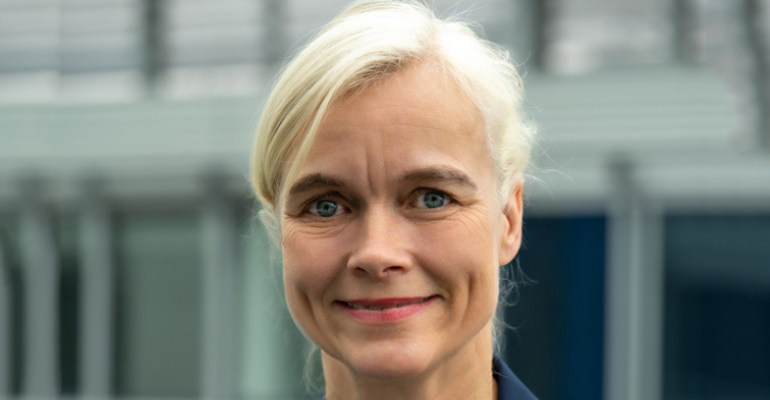 Carla Kriwet resigned from the CEO post at Fresenius Medical Care after just two months. Is this an industry record?

Carla Kriwet, who took over as CEO at Fresenius Medical Care on October 1, may have just become the shortest-serving CEO in medtech history.

Kriwet will leave Fresenius "at her own request and by mutual agreement due to strategic differences," the Bad Homburg, Germany-based company dialysis announced Monday.

Helen Giza has been tapped to take over as CEO. Giza had been serving as a deputy CEO in addition to her CFO duties during Kriwet's tenure at Fresenius. She will continue to serve as the company's CFO until a replacement is appointed. Giza joined Fresenius in 2019.

Medtech, like other industries, has seen an unprecedented amount of C-suite turnover in 2022. Meanwhile, the average CEO tenure appears to be shrinking. According to a Bloomberg report, the average tenure of CEOs on the S&P 500 Industrial Index will drop to just 4.9 years, down from 5.5 years at the end of 2019 and about six years in mid-2017.

The Fresenius news comes at a time when short leadership tenures are top of mind, thanks to Liz Truss recently gaining attention for becoming Britain's shortest-serving prime minister.

Just last month, a LinkedIn post suggested things were going well for Kriwet at Fresenius. Her comments during the company's most earnings call on October 31 also seemed upbeat, according to Seeking Alpha transcripts of the call.

"Throughout my first months with the company, I've seen firsthand the incredible commitment of our employees around the world. The patient-centric mindset and clinical excellence is truly inspiring, and it is just one example of the many great assets we have to build on. At the same time, there's a clear urgency for bold interventions to drive business turnaround and to position Fresenius Medical Care for future sustainable and profitable growth," Kriwet said. 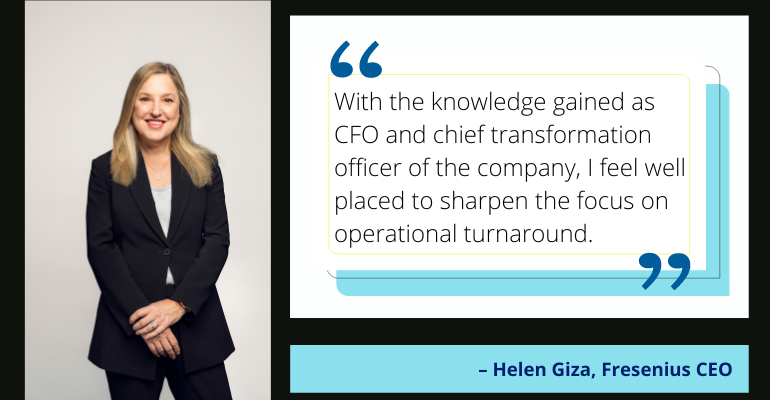 Fresenius is undergoing turnaround efforts, dubbed the FME 25 transformation program. Kriwet said during the third-quarter earnings call that the program is on track to deliver "much needed financial transparency and simplification." She said the company is transitioning into a global operating model centered around its business segments, care delivery, and care enablement. Those plans were on track to deliver €500 million of earnings before interest and taxes by 2025, she said.

Still, she stopped short of answering analysts' questions during the call.

"You will understand that one month is not enough time to have a full strategic plan detailed out, and I will not be in a position to answer questions today. And we need to present this to our economic council first," she said. "But I want to be very clear that speed is of utmost importance. There is an urgency to address our operational performance now and interventions are already underway."

Regardless of the plan's details, Kriwet's short tenure could bring investor scrutiny to the company's turnaround efforts.