Image by falco from Pixabay 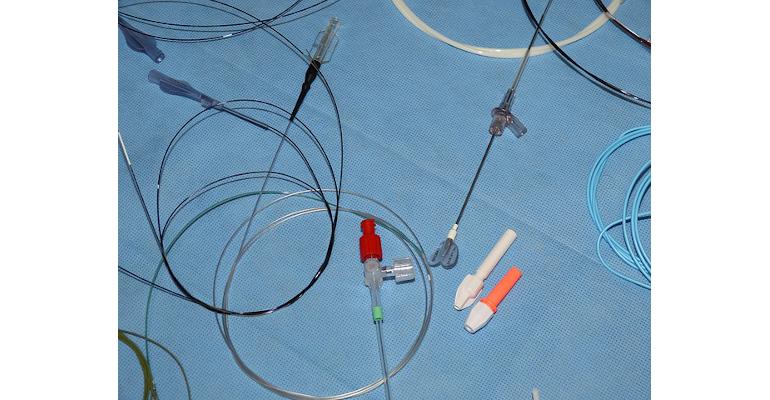 Schnur started off this session with a discussion with Ulmer about nitinol and what makes this material a more-compelling option for catheter manufacturers. Schnur asked Ulmer to explain what is meant by catheter-quality nitinol tubing, and Ulmer said that there are two ways that manufacturers look at nitinol tubing, based on their needs. “One is mainly driven by OD and ID wall tolerances,” he said. “That’s from the perspective of dimensions—that’s what’s driving it.”

The other is the ability to manufacture the long pieces that are typically needed in catheter manufacturing. A continuous manufacturing process has the benefit of reducing kinking, and he said that can cut costs as well.

In discussing applications best suited for catheter-quality tubing, Ulmer noted some examples such as “over-the-wire catheters or where you have an inner tube where you push the guide wire through and you have an outer tube where you put the pressure through, for example, blowing up the balloon.” He also commented that nitinol is exceptional in certain applications that need super elasticity. “So you can bend it very far, and it comes back to the original shape once it’s released,” he explained.

Due to the growing demand for nitinol, Ulmer said Euroflex has recently opened a facility in Costa Rica, which he said has benefited his company by being closer to customers in the United States.

Schnur turned to Balco next, inquiring about Nordson Medical’s capabilities and what his company is doing to minimize R&D cycle times. He noted that complex shafts typically require multiple passes before getting to a final design, and asked Balco about the company’s SimShaft modeling tool and its impact on prototyping.

Balco explained that SimShaft is a quantitative software package that allows the user to enter certain design configurations of composite shafts, whether that be one layer for looking at how a single extrusion might operate, or multiple layers for how a composite shaft might function and perform. “It's a great tool for kind of baselining and benchmarking a starting point for where we're looking at for development,” Ryan said. “And then allowing us to build up multiple iterations, making tweaks, [which] might be different coil patterns, different wires, different braid patterns, different number of starts for your braid wires,” he continued. “We input all those different variables and get a computational output that gives us a directionally accurate starting point for jump-starting development.”

Balco went on to say that “We can chop each individual segments of the catheter to a stand-alone piece and look at how that will perform if we change different design features and play with those variables,” and noted that the tool can be used for anything from micro catheters to standard cardiovascular guide catheters to complex structural heart type applications.

Next up was Foley from Cobalt Polymers who spoke about Cobalt’s Polyolefin and Pebax shrink tubing and how they interact with other materials such as nitinol, properties of each heat shrink, and which catheter applications it best matches, such as shafts, laser cut hypotubes, or wires.  He also mentioned Pebax’s combination of thermoset/thermoplastic qualities that allows it to bond to substrates such as spiral-cut hypotubes and nylons without need of adhesives. Schnur asked him to walk the audience through how the use of Pebax heat shrink might compare to a reflow process to get a Pebax jacket onto something.

“In the standard reflow process and you've got your substrate, but then you have got to size your Pebax accordingly to your substrate and then your FEP jacket over that and then all that is recovered down and then the FEP jacket is skived off. You’re limited as far as your diameters that you can use because of that very limited shrink ratio that you have with that FEP, versus just taking a piece of heat shrink, sizing up to heat your substrate, applying the heat, recovers down and it moves on to your next process. So, a very streamlined quick process versus a reflow.”

“What we've also been able to do with the laser cutter tube is along that shaft you can put the features into the tube,” Darren said. “You can put in small tab-like features, windows, drill holes there for attaching a PTFE liner, and you can also vary the type of pattern that you're using along the tube to get a different flexibility and different stiffness from the proximal end to the distal end,” he said.

Schnur finished the conversation with Vine by asking about the different ways in which XL works with customers. Vine said that it ranges from working with the top five medical device companies by supplying them with components to partnering with contract manufacturers to supply them with subassemblies. “And to some degree. we've become their supplier of choice for anything metal because they feel they've got great confidence in XL,” Vine said. “And then we’ve got some smaller companies that we deal with that are OEMs where they say, ‘We'd like you to make that whole kind of sub-assembly, source the materials, bring it together, and put it through your Class 7 cleanroom.’ So we are humble enough to deal with everybody,” he concluded.

“DSA Critical Insights: Advanced Catheter Manufacturing” and more sessions at MD&M BIOMEDigital are available to watch on demand through May 7. Registration assistance is available here.