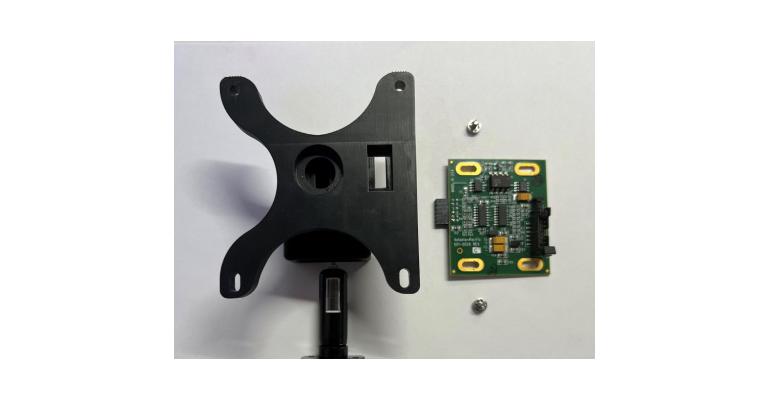 Astoria Pacific recently got the nod to deliver its neonatal blood analyzer to a clinical lab in Mexico. “It's a large network of clinical blood screening labs that services the entire country,” Whitney Menzel, the company’s senior engineer, said in an interview with Design News. “We've been working with our partners in Mexico to get this contract for a long time, and it finally came through.”

However, due to a $50 part—a critical enclosure containing a very sensitive photomultiplier tube charged to 1000 V and a 5-V control board—fluorometer module production came to a standstill. The part had been in production for eight years, Menzel explained, but over the last two years, the company lost three of its legacy sheet metal vendors. And so, with no traditional manufacturing available within the three-to-four-month window for product delivery, Menzel said, Astoria had to look elsewhere to make this part.

The enclosure must adhere to demanding specifications and regulations, so the manufacturing task was highly constrained. The finished analyzer had to be high-pot, ground bond tested and meet ISO 13485, CE mark, IEC 61010, and UL 94 V-0 standards. It also had to be a light-absorbing deep black color to minimize stray light and aid in the detection of low-level fluorescence in the blood sample. Additionally, because it is an electrical housing, IEC-61010 requires Astoria-Pacific to conform with UL guidelines for flammability, “but it’s also being used in a clinical chemistry atmosphere, so it also has to be chemical resistant,” Menzel said.

Menzel reached out to Carbon, which offers a platform of materials, printers, and software. “What [drew] me to Carbon is the incredible materials,” Menzel said. “They're really unique, especially this EPX 86 FR. It's very professional, high quality, easy to track.”

“EPX 86 FR is a relatively new resin that we provide,” said Rob L’Heureux, director of product marketing at Carbon.  “We provide it as a liquid resin in two parts and you mix the parts before curing. We call them dual-cure resins because you first print your component, curing it with UV,  and then, you thermally cure them via baking. The dual-cure resins form a different kind of chemistry that gives it really enhanced properties relative to traditional photopolymers.”

“When you touch these parts. It's different than other 3D printed parts,” Menzel said. He said that they have a predictable flex, unlike those made with other materials, because they are isotropic. “It's unique and it's a very appealing property because when you start thinking of designing any sort of component that's going to take some sort of stress, if you want to really take everything into consideration for additive, you have to think about layer lines and how that affects the strength of the material through those axes,” he continued. “And when you have an isotropic material, that doesn't matter. Any print orientation will give you the same stress results, which actually means you can print production parts more efficiently because you don't have to consider print layer orientation on the build platform. It gives you another level of productivity.”

L’Heureux emphasized that Carbon aims to create unique combinations of properties such as having high strength, long-term stability, aesthetics, and chemical compatibility. “We understand that these are the kinds of things that people want out of any end-use material.” He said that Carbon’s platform is meant to be three-fold—materials, printer, and software. “Our platform gives you what you need to make it with accurate features with great consistency, and that's as much about the printer as it is about the materials. What brings those things together is great software, which we improve continuously.”

Menzel also pointed to Carbon’s accuracy. “Carbon is the one [3D printer] I use for medical devices because it's reliable. The repeatability, part-to-part, is really important for this. This [part] has some fitting components that go into it that need to link every time; it's a hot-swappable unit.”

Carbon recently received the Blue Card from UL and EPX 86FR is UL 94 V-0 certified. “This is one of the reasons I love working with Carbon because they make my regulatory life easy,” Menzel said. “With a lot of the other companies out there that are 3-D printing resin, it's so much effort to try to validate their processes,” he concluded, “Carbon makes it easy.”