Medtronic's announcement this week regarding 1000 anticipated worldwide job cuts is the latest in a long list of layoffs that have left medtech professionals feeling bruised and battered. Whether the down economy, potential dreaded device tax, shift of jobs overseas, restructuring, or other factors are to blame for these staff reductions, the trend is sadly showing no signs of slowing down just yet. And as jobs continue to be jeopardized, MPMN takes a look back at several of the most high-profile layoff announcements that have rocked the medical device industry in the past 18 months.

Medtronic: As mentioned, even medical device industry giant Medtronic has not been immune to the turbulent economic environment. 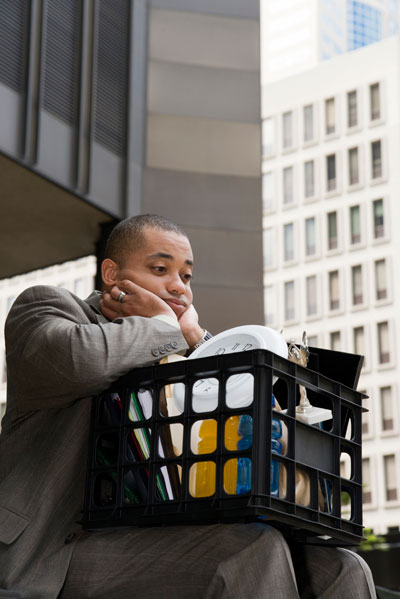 While the company's latest announcement of approximately 1000 layoffs, which includes the 220 layoffs in the company's cardiac rhythm disease management division that were announced earlier this month, represents another significant blow to the industry, its most dramatic decision arguably occurred in February 2011 when it revealed plans to eliminate up to 2000 jobs across the globe and various divisions. Some of the casualties of the decision included 268 jobs in the Twin Cities two months later, followed by 82 layoffs in the Memphis arm of the spinal and biologics business, among others.

Boston Scientific: Hot on the heels of Medtronic's sweeping layoffs last year, Boston Scientific confirmed that many of its workers would face a similar fate. Rumors turned into reality as Boston Sci axed positions in its Minnesota-based cardiology, rhythm, and vascular business. Employees were dealt another bad hand in July, however, when the company disclosed that it would eliminate up to 1400 jobs worldwide during the next 2.5 years. The layoff news likely left an especially sour taste in the mouths of many domestic employees as it immediately followed the company's announcement of intentions to invest $150 million and hire 1000 employees in China; it was attributed to efforts to achieve annual savings between $225 and $275 million.

Stryker: Among the most buzzed-about layoff announcements in recent memory was undoubtedly that issued by Stryker in November 2011. The orthopedics powerhouse left the medical device industry reeling from the news that it planned to reduce approximately 5% of its global workforce in an effort to cut operating costs. The kicker: It cited the impending medical device excise tax as a primary motivator for the drastic move. "The targeted reductions and other restructuring activities are being initiated to provide efficiencies and realign resources in advance of the new medical device excise tax scheduled to begin in 2013, as well as to allow for continued investment in strategic areas and drive growth despite the ongoing challenging economic environment and market slowdown in elective procedures," according to a press release issued by the company. This declaration thrust Stryker into the center of the controversial debate over the medical device tax as critics latched onto the motive as a symbol of the mass job loss and devastation potentially caused by implementation of the tax.

Abbott Laboratories: Despite rising profits, Abbott Laboratories announced this past January that it would cut 700 jobs in the United States and Puerto Rico. Coming a year after 1900 pink slips were issued in the company's pharma business, the reductions primarily affected employees in the hospital, laboratory diagnostic, and stent manufacturing businesses. While the layoffs were generally chalked up to restructuring and the discontinuation of some of its 'mature products,' losses in the stent division reportedly stemmed from sharp declines in sales of the Promus stent, which Abbott manufactures and Boston Scientific markets. Abbott expects the downward decline to continue as the agreement between the two manufacturers expires later this year. The company has remarked that several-hundred additional jobs may be eliminated by the end of the year.

Johnson & Johnson: Once a trailblazer in the stent market, Johnson & Johnson's Cordis stumbled in the face of mounting competition and a flat market over time. Faced with such challenges, J&J opted to restructure the division last June. As part of this strategy, J&J announced that it would cease manufacture of drug-eluting stents by the end of the year, close two factories, and trim up to 1000 jobs. "There's no question that our market share has declined in the last several years as competitors have joined the market," Seth Fischer, worldwide chairman of Cordis told The New York Times last year. "We felt that we could turn our attention toward other potential areas that would enhance cardiovascular health for patients."

In addition to these particularly prominent layoffs, a host of other companies, including Zimmer, CR Bard, and Wright Medical, among others, pared down their work forces during the past 18 months as well. And there could certainly be more layoffs on the horizon. Cost-cutting measures will likely continue in coming months, and industry speculation even points to a potential uptick if the medical device tax is not repealed. The bottom line is that it's tough out there for medical device professionals right now. On the upside, however, there are a number of companies that are seeking to cut costs without reducing work forces. And some companies--even the big guys--are hiring for various positions. So, it's not all bleak news.