HomeMarketsIVDRT-PCR Test Identifies Both COVID-19 & Its Variants Within Hours
Recent
Markets
The Robot Will Do Your Angioplasty Now
May 18, 2022
XACT Is Changing the Tone of Robotics in Healthcare
May 18, 2022
Medtronic Touts Cusp Overlap Technique in TAVR
May 18, 2022
Feds Crack Down on Reused Rectal Probes
May 18, 2022

RT-PCR Test Identifies Both COVID-19 & Its Variants Within Hours 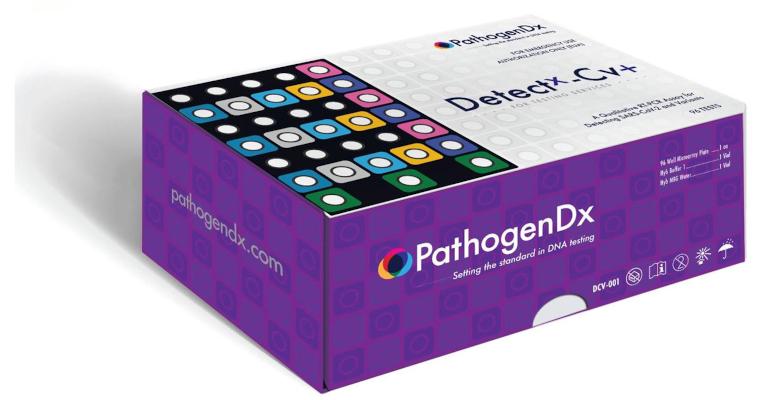 Next-generation sequencing of large numbers of COVID-19 test samples is cumbersome, highly complex, and extremely expensive, said Milan Patel, CEO and cofounder of PathogenDx, in a prepared statement. It also requires a significant amount of time to provide a result. “By 2021, the SARS-CoV-2 virus had mutated more than 30 times, with Omicron jumping the mutation count to an unprecedented level,” he stated. “By the time the sequencing results were available, the data was already weeks old and had lost much of its public health value.” He noted that while sequencing is an excellent discovery tool, it does not provide results at the near real-time speed needed for diagnosing the rapidly mutating virus.

As an alternative, PathogenDx's Detectx-Cv+ just earned the CE mark in accordance with the requirements of the European Parliament and Council Directive 98/79/EC on in vitro diagnostic medical devices. The test is based on an asymmetric, end-point RT PCR, coupled with DNA microarray hybridization. It is designed to detect SARS-CoV-2 virus and variants of concern (VOC) and variants of interest (VOI), and it has the built-in ability to detect new mutations and emerging variants all in one well. The fluorescence of each signal is measured by the plate reader and analyzed by proprietary software capable of activating new VOC/VOI by a simple algorithm update, the company reported.

Other benefits of the test include a turnaround time of less than six hours, same-day results, and a 10-time reduction in time and expense of sequencing. In a blind test coordinated by the United States National Institute of Health, 100% of the variants were detected with an assay limit in the 30 Ct range.

Patel concluded his prepared remarks by stating that his company commends the European Union for being at the forefront of implementing state-of-the-art technologies for the detection of COVID-19 and identification of its variants. “We hope that other countries will consider how innovative technologies such as Detectx-Cv+ can help minimize the devastating impacts of the COVID-19 pandemic and the incalculable damage in terms of lost lives and economic disruption,” he said.