OncoCyte Spells Out the Acquisition Plan for Razor Genomics 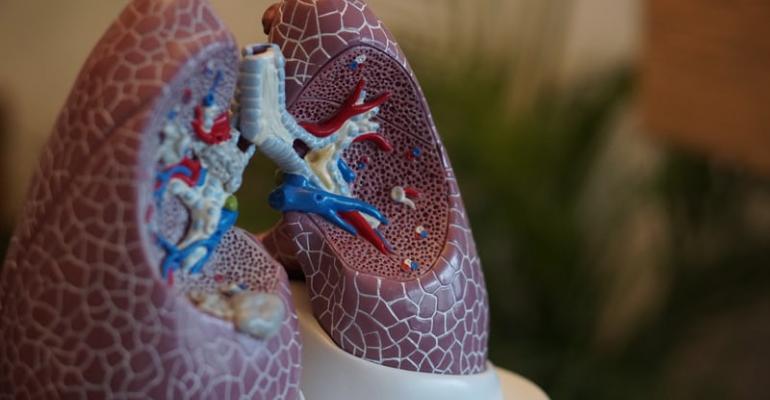 Razor Genomics has developed a test enables the identification of lung cancer patients at high risk for recurrence and allows them to be treated at a time when their cancer can still be responsive to adjuvant chemotherapy.
The Alameda, CA-based company said the deal could help it boost its lung cancer detection offerings.

OncoCyte’s newly appointed CEO Ronald Andrews is making good on a promise for more transparency in the company. Investors and analysts witnessed this new level of transparency first hand during a detailed conference call the Alameda, CA-based company held concerning its plan for acquiring Razor Genomics.

“One thing that is important to note today is that we [made a commitment] during our call in August … that we wanted to become more transparent about the strategy of the company and also the key details as to how we were going to pursue that strategy,” Andrews said. “This is the first of such calls where we can spend some time explaining the strategy but then walk you through the news of the day.”

Brisbane, CA-based Razor Genomics has a Clinical Laboratory Improvement Amendments-certified treatment stratification test, that has been rigorously validated to identify early-stage lung cancer patients who are at high-risk vs. low-risk of death within five years following surgical resection. The Razor test enables the identification of lung cancer patients at high risk for recurrence and allows them to be treated at a time when their cancer can still be responsive to adjuvant chemotherapy.

In a published clinical utility study of the Razor test, the five-year disease-free survival rate was 92% for individuals identified as high risk by the assay and treated with chemotherapy, compared to 49% in untreated high-risk patients.

Similarly, individuals identified as low-risk by the Razor test had a 5-year disease-free survival of 94% without the use of chemotherapy. In this study, the test demonstrated higher accuracy at discriminating between high and low-risk patients than in current National Comprehensive Cancer Network (NCCN) guideline criteria for risk assessment.

In another published survey of physicians who ordered the test, about one in three physicians changed their treatment decision based on the results of the Razor test.

Company executives said the addition of the Razor treatment stratification test for patients diagnosed with early-stage lung cancer is a perfect downstream complement to the DetermaVu liquid biopsy test.

Recently,  the Centers for Medicare and Medicaid Services Molecular Diagnostic Services Program recommended coverage for the Razor test. Executives said this is a significant inflection point for OncoCyte and accelerates the path to becoming a commercial-stage company.

“Genomic Health’s OncoType DX has the exact same endpoint in breast cancer that our Razor test has in lung cancer,” Andrews said. “And today [OncoType Dx] is reimbursed around $3,500 and has been since it got its first coverage decision about 10 years ago.”

A little more than a month ago, Exact Sciences agreed to acquire Genomic Health in a transaction valued at $2.8 billion.

Mitch Levine, OncoCyte’s CFO went into specifics about the acquisition.

“Upon the initial closing, which we expect by the end of September, we’ll make an up-front payment of $10 million for a 25% stake in Razor Genomics – plus an additional $1 million milestone payment resulting from the favorable CMS initial coverage decision …,” Levine said.

He added that of the $10 million payment to Razor, $4 million will be spent on clinical trials by Razor and after this reserve has been spent, OncoCyte will then begin to fund the clinical trial expenses – up to a budgeted amount.

Levine said this will be a perspective trial necessary for inclusion in national treatment guidelines. The total budget of the trial will mutually be agreed upon at the initial closing of the deal, and such trial costs will be incurred over multiple years.

“If a certain clinical trial milestone is met by Razor 12 months from the initial closing date, we’ll purchase the remaining Razor shares held by Razor shareholders for $15 million, of which $10 million will be in cash and $5 million in OncoCyte common stock, Levine said. “After which Razor will be wholly owned by OncoCyte. We will also have the option, but not the obligation of purchasing those Razor shares from the Razor shareholders if the clinical trial milestone is not met.”

A look to the Future

During the call, Andrews spoke about the potential for more M&A in the future. He noted these deals could be pathways to more partnerships with pharmaceutical companies as immune therapy continues to ramp up.

“These [mergers and acquisitions] will be very complimentary and very high value,” Andrews said. “Most of these out of the gate will be focused in lung. Any of these mergers and acquisitions that come with high-value content will have the potential for a high market revenue stream and will give access to work with pharmaceutical companies who will need this high-value content for the selection of patients in their drug development process.”

The addition of Razor Genomics is perhaps one of the major steps toward building out the company.

“Today’s announcement is a premeditated and deliberate move to put some key content in our continuum,” he said. “Our goal is to build a global oncology content company. We want to have a portfolio of value tests.”