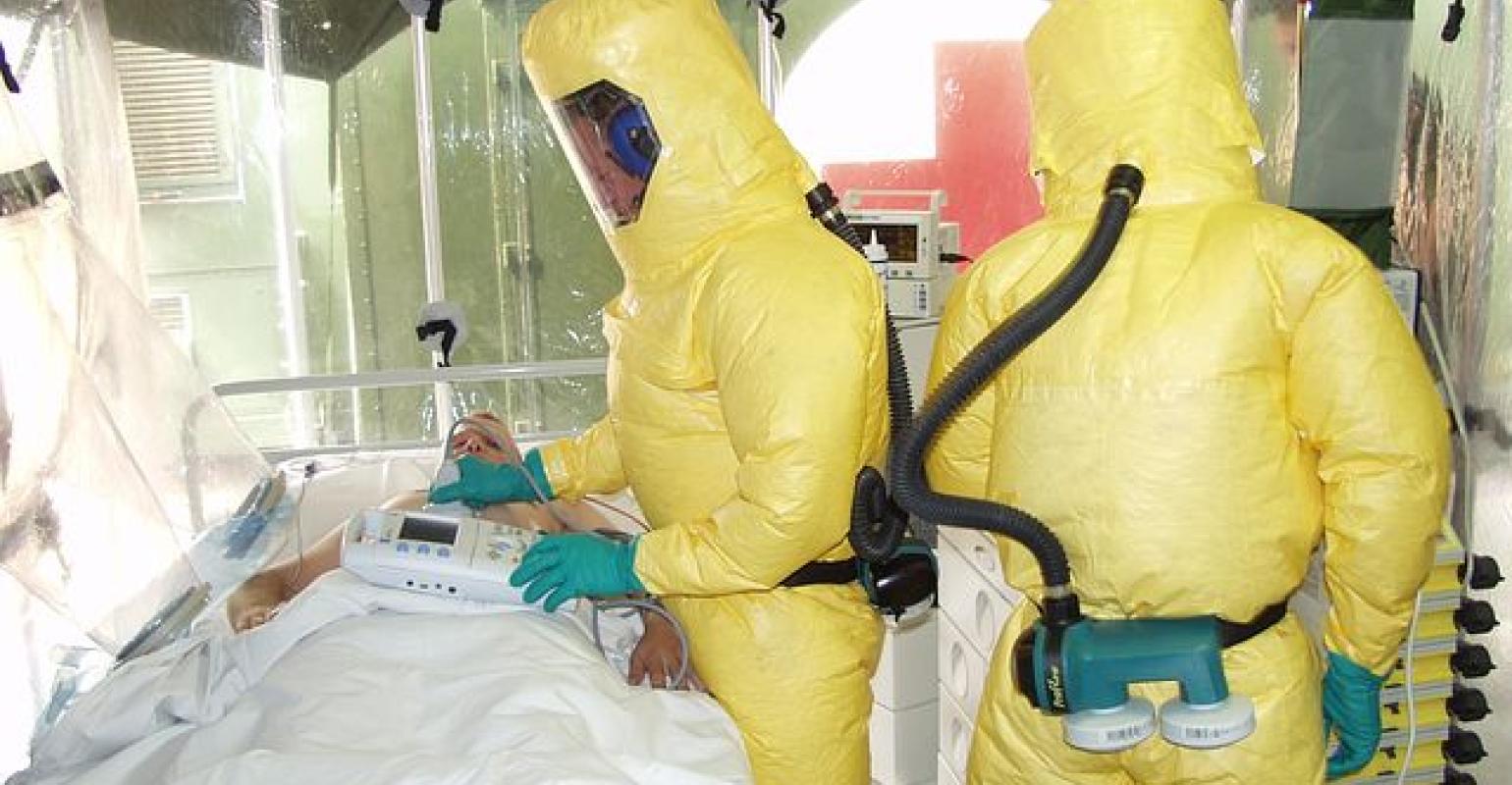 The portable device could prove to be invaluable during an Ebola outbreak.

At the close of the 2014-2016 West Africa Ebola crisis, the Paul G. Allen Foundation identified diagnostic gaps as one of the major deficiencies that had contributed to the outbreak’s spread.

“The standard diagnostic tests that exist are very good, but they’re hard to do out in the field in the middle of an outbreak like we saw in West Africa,” said John Connor, a virologist at the Boston University National Emerging Infectious Diseases Laboratory (NEIDL). Instead, samples need to be sent to a facility capable of running the tests, which means it could be several days between taking a sample and getting a diagnosis.

Connor, in collaboration with researchers from Columbia University, the National Institutes of Health Integrated Research Facility, clinical collaborators from Senegal and the Hemorrhagic Fever Lab in Guinea, as well as Becton, Dickinson and Company (BD), came together and proposed an idea for a new kind of diagnostic that would bridge critical gaps in the field. Boston University reported in December, click here to read that report.

“We set out to create a rapid, point-of-care diagnostic that could look for malaria, Ebola and other pathogens that are often found in these regions,” said Connor, who is also an associate professor of microbiology at Boston University School of Medicine. The Allen Foundation, based in Seattle, WA, agreed to fund the project.

While there are myriad ways to design rapid, portable diagnostics, the solution pursued by the team was based on a test that could be stored without refrigeration, which is typically hard to maintain along supply routes to rural outbreak areas. That’s why the researchers liked the idea of designing a portable material identification system built on magnetic beads and glass-encased gold nanoparticles.

The system, surface-enhanced Raman scattering (SERS), is based upon the idea that light scatters off of different types of molecules in distinct ways. As such, specific molecules have distinct light-scattering signatures (or unique barcodes) that can be detected. Although the barcodes can be weak on their own, the addition of gold particles amplifies the detectable light signal making the barcode easier to detect.

“Gold amplifies the barcode by about a million times,” Connor said.

Working with BD, which was developing SERS for other applications, Connor and his collaborators helped design a system capable of differentiating between the different barcodes of the malarial parasite and Ebola virus, as well as Marburg and Lassa viruses, two other deadly hemorrhagic fevers found in the same regions of Africa where Ebola outbreaks are common.

At the start of the test, a small sample of blood is mixed with magnetic beads coated in antibodies that attract each of the four infectious agents. If the blood contains malaria-causing parasites or Ebola, Marburg or Lassa viruses, the pathogens glom onto the magnetic beads. At the same time, similar antibodies on glass-encased gold nanoparticles also attach to the pathogens, creating a link between the magnetic and gold beads. Then, inside a small machine, the materials are concentrated into one spot by magnetic force and hit with a small laser beam.

Analyzing the barcode of light that flashes back from a sample, the machine can rapidly provide a readout of the presence of malarial parasites or Ebola, Marburg or Lassa viruses. From sample-taking to final readout, the entire process can be completed in 30 minutes or less. The development of the system, and experimental data showing its efficacy in animal and human blood samples, was published in Science Translational Medicine.

Once the sample is added to the tube, there is no need to reopen the tube because all the reagents are already inside, noted Yanis Ben Amor, one of the study's authors. Amor is an associate research scientist and the executive director of the Center for Sustainable Development at Columbia University in New York. For the technicians carrying out the testing, “this was seen as a tremendous advantage in the context of highly infectious samples," he said.

Designed to go anywhere, the system’s components can be battery operated and can fit inside a standard-sized backpack, the researchers said.

“The implications for getting good diagnostics to remote places are huge,” Connor said.

Connor said the value of the diagnostic is not just in identifying who has a contagious illness and who does not, but also in creating better relations with the communities at risk of becoming infected. If patients can rapidly be diagnosed and treated for illness, it can foster trust while immediately helping clinicians identify who should be quarantined and who should be sent home with antimalarial medicines.

Connor said the system could be custom-tailored to detect and differentiate virtually any combination of pathogens, whether they be bacterial, viral, fungal or parasitic.

“The reason I find this system so promising is that it can diagnose more than one thing simultaneously, which is important in the real-world context of infectious diseases,” Connor said. “The disease landscape is complicated and pathogens aren’t operating in isolation from one another.”

The COVID Effect: A Look into the Future of Diagnostics and Healthcare, Part Three
Apr 13, 2021

Billion-Dollar Deals are Becoming a Thing in Medtech
Apr 13, 2021