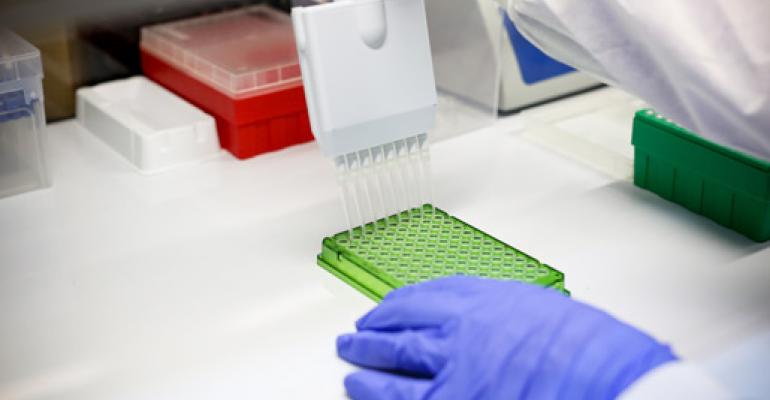 Invitae Corporation, a genetic testing company based in San Francisco, has a lofty goal—to offer a single service with hundreds of genetic tests to help patients with unknown diseases or conditions find a diagnosis.

In recent months, the company has multiplied the breadth of its genetic testing menu, now enabling testing for more than 600 genes. These genes cover a large span of diseases, from hereditary cancers and cardiovascular conditions to neuromuscular and rare diseases, enabling patients to be tested for a specific indication or multi-gene panel using that assay.

Randy Scott, PhD, Invitae’s CEO and cofounder, says the first step in finding a cure or treatment is understanding the disease a patient has. “I’m quite passionate about this. It’s very hard to cure a disease until you understand the disease at the molecular level," he says.

Offering a single assay with hundreds of genes allows Invitae to offer more testing options for the same price. It's a price that the company displays prominently on its Web site—a $1500 list price, a $950 price for the institutions, distributors, and payers who contract with the company, and a $475 upfront patient price. While that isn't exactly pocket change, it is a far cry from the days when one- or two-gene tests cost several hundreds or even thousands of dollars.

Scott explains that Invitae is able to offer the same test price because of economies of scale—running a high volume of the same assay limited to interpretation of a specific indication versus a specific assay run much more infrequently. The company takes a different tack than its competitors, some of whom can offer testing on thousands of genes, but run these as individual assays, creating more expense and complexity, Scott says.

In mid-November, Invitae rolled out more genetic tests to cover all major hereditary cancers as well as more epilepsy testing options. This follows another spurt of expansion in early October, which increased the company's offering to more than 600 genes.

The company's management team recently increased its guidance on billable tests for the year from 16,000-18,000 to 17,000-19,000 billable tests. According to a Seeking Alpha transcript of the company's November 5 earnings call, Scott pointed to decreasing cost as the "first domino" that will eventually lead to more testing content, then more testing volume, and finally wider discussions with payers and more revenue.

"We're seeing early signs that the days of high-price single-gene tests are phasing out and the era of more affordable and accessible genetic testing is just beginning," Scott said on the earnings call.

What's next for Invitae? Expect another assay, potentially by mid-2016, as the company strives to reach more than 1000 genes for a price of less than $1000. "We've probably reached the limit, as we go from the 600 genes we have now to 1000, we'll actually release what will be a second assay, but it'll be focused on predominantly pediatric conditions. We now have a very comprehensive platform for oncology and cardiology and the next 500 genes will focus on areas of the central nervous system, neurological disorders, and pediatric genetic conditions, where there's not as much crossover," Scott says.