How a New Sensor Could Diagnose Sepsis in 25 Minutes 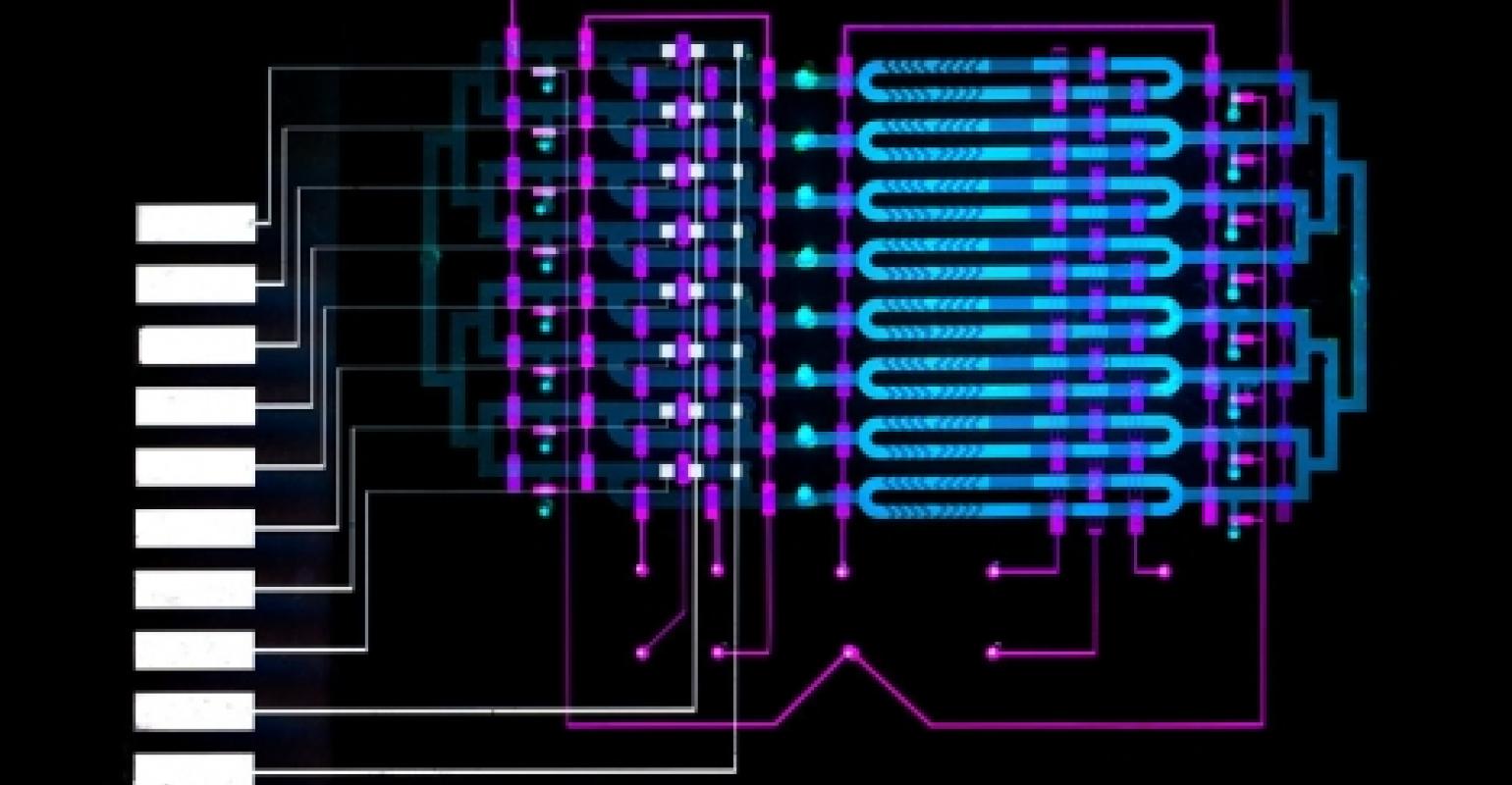 An MIT-invented microfluidics device could help doctors diagnose sepsis in about 25 minutes, using less than a finger prick of blood.
MIT researchers designed a sensor that could dramatically accelerate the process of diagnosing sepsis, a leading cause of death in U.S. hospitals.

MIT researchers have invented a sensor that could accelerate the process of diagnosing sepsis. In a paper presented at the recent Engineering in Medicine and Biology Conference in Berlin, Germany, the researchers describe a microfluidics-based system designed to automatically detect clinically significant levels of interleukin-6 (IL-6), a protein biomarker found to be an early indicator of sepsis.

In sepsis patients, IL-6 levels can rise hours before other symptoms begin to show. But even at these elevated levels, the concentration of this protein in the blood is too low overall for traditional assays to detect it quickly, MIT News reported.

In one channel of the new sensor, microbeads laced with antibodies mix with a blood sample to capture the biomarker. In another channel, only beads containing the biomarker attach to an electrode. Running voltage through the electrode produces an electrical signal for each biomarker-laced bead, which is then converted into the biomarker concentration level, the researchers explain in the paper.

“For an acute disease such as sepsis, which progresses very rapidly and can be life-threatening, it’s helpful to have a system that rapidly measures these nonabundant biomarkers,” said Dan Wu, a PhD student in the Department of Mechanical Engineering at MIT and first author of the paper. “You can also frequently monitor the disease as it progresses.”

Wu worked with Joel Voldman, a professor and associate head of MIT's Department of Electrical Engineering and Computer Science, co-director of the Medical Electronic Device Realization Center, and a principal investigator in the Research Laboratory of Electronics and the Microsystems Technology Laboratories.

The problem with traditional assays that detect protein biomarkers is that they are bulky, expensive machines relegated to labs that require about a milliliter of blood and take hours to produce results, MIT noted. Point-of-care systems have been developed to produce similar results in about 30 minutes using microliters of blood, but these systems are still expensive because most of them rely on optical components to detect the biomarkers.

How They Did It

The MIT researchers set out to shrink components of the magnetic-bead-based assay, often used in labs, onto an automated microfluidics device roughly several square centimeters. To do so, they had to manipulate beads in micron-sized channels and fabricate a device in the Microsystems Technology Laboratory that automated the movement of fluids.

The device uses about 5 microliters of blood, which is about a quarter the volume of blood drawn from a finger prick and a fraction of the 100 microliters required to detect protein biomarkers in lab-based assays. The device captures IL-6 concentrations as low as 16 picograms per milliliter, which is below the concentrations that signal sepsis, meaning the device is sensitive enough to provide clinically relevant detection.

Next, the researchers plan to create a panel of important sepsis biomarkers for the device to capture, including interleukin-6, interleukin-8, C-reactive protein, and procalcitonin. But Wu said there’s really no limit to how many different biomarkers the device can measure, for any disease.

“This is a very general platform,” he said. “If you want to increase the device’s physical footprint, you can scale up and design more channels to detect as many biomarkers as you want.”

The work was funded by Analog Devices, Maxim Integrated, and the Novartis Institutes of Biomedical Research.