HomeMarketsIVDDiagnosing Sepsis in Minutes
Recent
Markets
Has Medtech Shifted to a Seller's Strike?
May 20, 2022
Medtech in a Minute: The Industry Loses a Legend, and More
May 20, 2022
NeuroOne’s Bid for Long-term Use of Evo sEEG Shot Down by FDA
May 20, 2022
Minnetronix Improves Image Quality with Surgical Camera and Other Supplier News
May 19, 2022 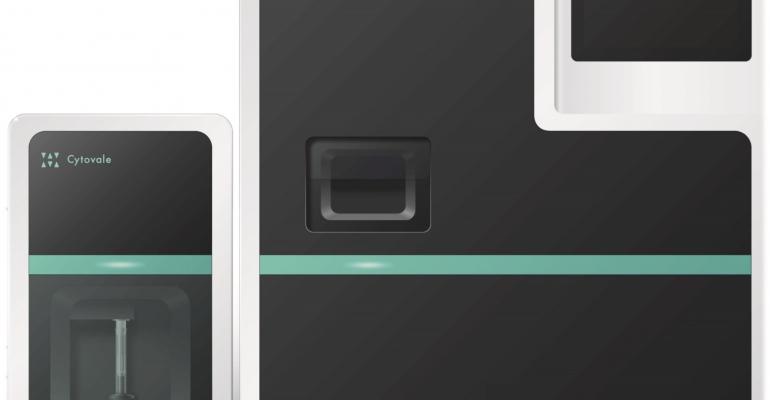 Sepsis is a healthcare condition with “incredible unmet need,” Ajay Shah, cofounder and CEO of Cytovale, tells MD+DI. “More people die from sepsis than from breast cancer, prostate cancer, and AIDS combined each year, and it costs more than $20 billion a year to treat sepsis in the United States.” Complicating matters is that sepsis “is challenging to diagnose early in the emergency department,” he added.

Cytovale is hoping to tackle sepsis through early diagnosis. The company is developing a diagnostic test that could be used “close to care” to “rapidly diagnose sepsis in minutes,” said Shah. The technology is based on microfluidics research by Cytovale cofounder and scientific advisor Dino Di Carlo performed in UCLA’s bioengineering department (where he serves as professor and runs the Di Carlo Lab) and by fellow cofounder and CTO Henry Tse. Cytovale’s core platform uses microfluidics, ultrahigh-speed imaging, computer-based vision, and machine learning to measure the biomechanical properties of thousands of individual cells.

To help Cytovale further develop the platform, the Biomedical Advanced Research and Development Authority (BARDA), part of the U.S. Department of Health and Human Services (HHS) Office of the Assistant Secretary for Preparedness and Response (ASPR), will provide expertise and $3.4 million to develop design specifications for the system, it was reported in a news release. If such development is successful, BARDA could then provide an additional $4.17 million over 2.5 years for additional work, including studies needed to pursue FDA clearance. The new agreement builds upon previous support Cytovale had received through BARDA’s Division of Research Innovation and Ventures DRIVe Solving Sepsis program.

“We are excited about this round of funding, led by Breakout Ventures and Blackhorn Ventures, as well as BARDA’s DRIVe initiative,” said Shah. “Out of the gate, DRIVe recognized the importance of solving sepsis. The first award allowed us to execute proof of concept and design controlled products, and we are now building on this to advance the technology through regulatory work, GMP work, and clinical trials.”

Shah calls Cytovale’s platform a “simple technology” whose microfluidics enable what is described as “cellular squeeze.” Di Carlo and Tse have developed “a microfluidic geometry that allows the system to focus on single cells and individually interrogate them by applying force,” Shah explains. As a blood sample flows through the geometry, fluidics under pressure squeeze individual immune cells found in blood, and as a single cell hits a particular junction, a high-speed camera captures its biomechanical properties. “It happens quickly, in a microsecond, and as soon as a single cell exits, another one comes in,” he said. Such high-speed processing is what enables Cytovale to process 2000 cells per second, which also has the potential to minimize the cost of testing.

The biomechanical properties of each cell are then compared with a “robust disease signature” that Cytovale has developed after studying samples from thousands of patients. “We have looked at over 50 million single cell events to be able to understand the sepsis activation state of a cell,” Shah said. “Our technology is based on that large body of data. We’ve gone through full development and locked in our algorithm.” Shah also credits the broader tech field’s accomplishments in computer vision algorithms and the ability to distill information from a large amount of video data.

“Machine learning has played a critical role in arriving at the disease signature,” he said. “Now that the algorithm is locked, aspects of computer vision are used to characterize each cell. All data are processed locally in our system, and within minutes an answer is returned on screen to the clinician.” A diagnostic score provides a risk rating for sepsis.

“Much of the past work done on sepsis has focused on pathogen identification,” Shah said. “We are excited to deliver in minutes a score that could help patients who are most vulnerable in the emergency department—those who aren’t feeling well but haven’t yet been diagnosed. We could help ensure the right patients get the right care quickly.”