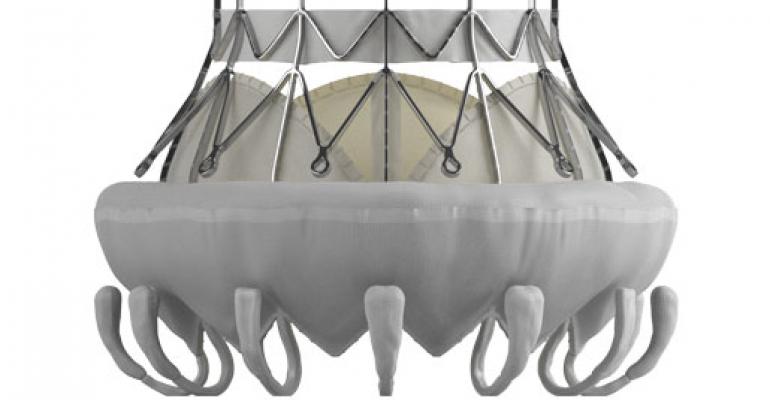 After years of interest in and anticipation about the potential for transcatheter mitral valve replacement (TMVR), Edwards Lifesciences is ready to kick off a CE Mark trial for its TMVR system. The company's readiness for the trial comes about one year after it announced it would acquire TMVR company CardiAQ Valve Technologies, Inc.

The CE Mark trial, called RELIEF, will be a single arm study at approximately 15 European and Canadian centers. It will enroll patients with functional and degenerative mitral regurgitation; these patients will be implanted with the CardiAQ-Edwards TMVR using transapical and transseptal delivery approaches. Implants are expected to begin soon.

Michael Mussallem, Edwards chairman and CEO, told analysts on the company's earnings call this week that the platform used in the trial will include a number of enhancements, like the company's advanced tissue technology and new delivery systems.

"Right now, we're teed up to start the CE Mark trial. We really don't have obstacles in front of us other than just getting the sites up. So, we're ready to go to begin the trial. There are no internal hurdles or regulatory hurdles," Mussallem said, according to a Seeking Alpha transcript of the earnings call.

The management team did not offer any more detail on how many patients will be enrolled or length of followup in the trial, as those details may vary depending on performance. Updates on the trial are expected at future clinical meetings, Mussallem noted.

In May, Edwards scored a victory in a lawsuit against Canadian TMVR developer Neovasc. A jury found that Neovasc breached a nondisclosure agreement and CardiAQ was awarded $70 million for misappropriation of trade secrets. There are still other matters such as patent ownership and the potential for an injunction being decided in the case, but the legal issues are not expected to impact the clinical trial, Mussallem said. "We don't think that Neovasc is so advanced that they have the whole mitral clinical community tied up. So, I'm not sure that that's going to be a major factor. We think we do have access to some of the best centers in the world and we look forward to being able to get that without limitation," he said.

In additional to transcatheter mitral valve replacement, Edwards remains interested in mitral repair. In late 2015, the company announced a structured investment in transcatheter mitral valve repair company Harpoon Medical. That included an exclusive option to buy the company too. When asked about TMV repair on this week's earnings call, Mussallem said, "We have been believers for some time that it will take a tool kit to address mitral regurgitation and heart failure, and that it's unlikely that any single product is going to be a silver bullet that's going to take care of all patients. So, we continue to have a high level of interest in repair as well as replacements and it's one that we pay a lot of attention to."