Though Novel, Reimbursement And Other Costs Will Slow CardioMEMS Adoption 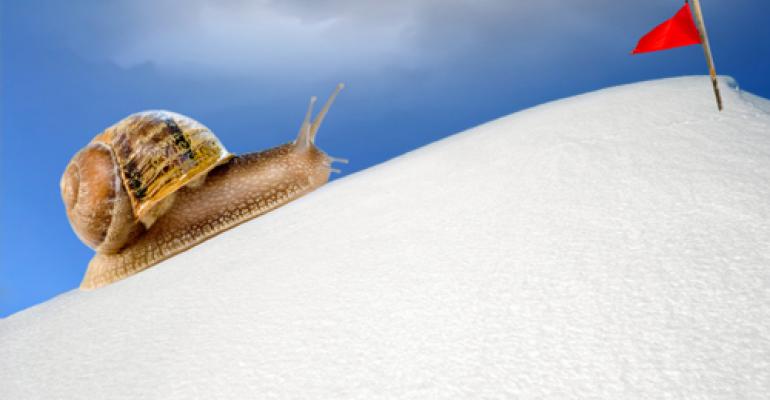 In a clinical trial of 550 patients, the CardioMEMS system, the world’s first implantable remote wireless heart monitoring device, showed a 28% reduction in the heart failure hospitalizations at six months. A similar 37% reduction was oberserved during an average, 15-month follow-up period. The device monitors fluid build-up in the body through pressure sensors implanted on the pulmonary artery, an indication of worsening heart failure status.

Providers and others are excited because they believe the CardioMEMS device can help to reducing the economic burden of treating congestive heart failure. Those patients generally seek treatement in the most expensive settings - the ER- and so preventing such emergency hospitalizations with an early and accurate heart monitoring system has the potential to lower costs for treating them. Hospitals have an added incentive to use the device given that the Centers for Medicare and Medicaid Services now financially penalize hospitals if heart failure patients are readmitted within 30 days of a discharge.

But the adoption will be slow because of reimbursement challenges and initial set-up charges.

In a recent research note to investors, Danielle Antalffy, an analyst with healthcare investment bank Leerink Partners, said that a panel of experts interviewed at the company's healthcare conference leads her to conclude the following:

While the panel clearly highlighted the uniqueness and utility of STJ’s CardioMEMs HF monitoring system – addressing a potentially large market opportunity – it also fleshed out the uncertainties that could drive a more gradual adoption in the near-term, including: (1) Reimbursement; (2) Patient selection; and (3) Upfront investment to build out infrastructure.

The device is unique and St. Jude Medical management is likely well aware that decisions on changing how heart failure patients are treated won't be taken overnight. However, the note underscores how these days new technology, however innovative, needs to prove itself in the real world, before being adopted en masse.

The panel interviewed at the Leerink conference comprised a heart failure expert who Antalffy doesn't name but says that he is from a major academic health center. His hospital is being charged $20,000 for the device - the price is double the amount Antalffy estimated. In addition there is another $60,000 to $80,000 set up costs tied most likely to St. Jude's Merlin heart monitoring system as well as to tracking and analysis of patient data, Antalffy wrote. She notes that the heart failure expert said that technology assessment committees will make a cost-benefit analysis before approving the use of the device, but he expects approval anyway.

He and others on the panel, which included a reimbursement expert, believe that there are uncertainties with respect to the reimbursement issue given that the device has no precedent.

Still Antalffy expects that hospitals will be able to use reimbursement code already available for right heart catheterization procedures with average reimbursement of around $17,000 when using the CardioMEMS device. In fact while the price of the implant is high, for larger hospitals that get the reimbursed at the highest level within that code, this procedure may end up being profitable, she wrote.

The $20,000 cost of the implant harkens back to a question raised by a Medtronic executive who charged that St. Jude's CardioMEMS device may be too expensive a solution to treat congestive heart failure patients especially when tackling the short term challenge of 30-day readmission penalties. Medtronic has adopted more of a services approach to treating congestive heart failure patients by acquiring remote telemonitoring and telehealth firm CardioCom.

Still, Antalffy believes that St. Jude has a great opportunity ahead.

We continue to view CardioMEMs as a potential multibillion dollar market opportunity that – despite a likely more gradual ramp initially – positions [St. Jude Medical] for sales and [earnings per share] upside longer-term through both sales of the device itself and its ability to provide [the company] with more access points in major [heart failure] centers to drive a halo effect on the sale of other devices as well.