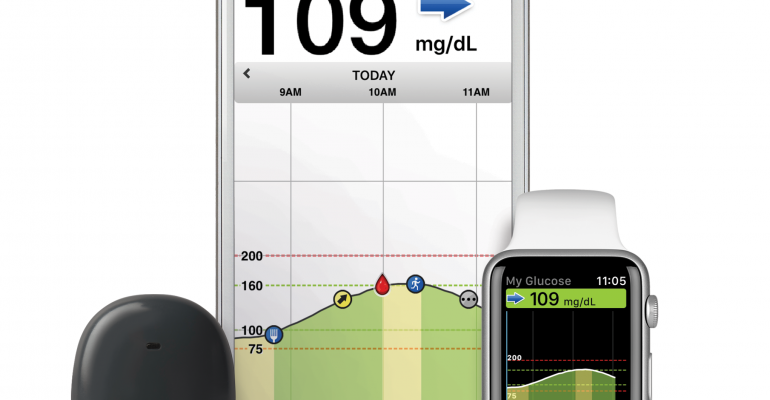 Dexcom could face even more intense pressure in the CGM market now that Senseonics said its Eversense system has approval. The device could provide long-term continuous monitoring for up to three months.

Senseonics Holdings said it has received a PMA for the Eversense Continous Glucose Monitoring (CGM) system. The Germantown, Md-based company said the system is the first and only CGM to feature an implantable glucose sensor and provide long-term continuous monitoring for up to three months.

“We’re very pleased to receive this FDA approval that allows us to make Eversense available in the U.S., as it is in many European markets,” Tim Goodnow President and CEO of Senseonics said in a release. “With the parallel trends of wearable personal devices and medical implantables for people to manage their health, this product exemplifies the natural evolution for diabetes devices, and Senseonics is excited to help lead the way. More importantly, we believe the unique features Eversense offers will help open up CGM to millions of people with diabetes who, up to this point, have been hesitant to try CGM despite the clear health benefits it provides.”

The Eversense System addresses many of the barriers to CGM use. The system consists of a fluorescence-based sensor, a smart transmitter worn over the sensor to facilitate data communication, and a mobile app for displaying glucose values, trends and alerts. The sensor, which is inserted subcutaneously in the upper arm by a physician via a brief in-office procedure, lasts up to three months, thereby eliminating the need for patients to self-administer the weekly or biweekly sensor insertions required by traditional CGM systems.

The Eversense CGM System’s PMA application was based on the previously-reported results of the PRECISE II U.S. pivotal trial in which Eversense was studied in 90 adults with type 1 or type 2 diabetes at eight clinical centers in the United States. The study clearly demonstrated the system’s safety and effectiveness over 90 days of continuous glucose sensor wear.

In March, FDA’s Clinical Chemistry and Clinical Toxicology Devices Panel of independent medical experts voted unanimously, 8 to 0, that the system not only was safe and effective, but also that its benefits outweighed the risks.

Senseonics has been on the go lately. Earlier this month, the firm began a collaborating with Beta Bionics. The partnership calls for Boston, MA-based Beta Bionics to integrate Senseonics’ Eversense CGM with the iLet Bionic Pancreas System.

The approval could impact Dexcom, which has taken several hits lately in the CGM market. The San Diego-based received a tremendous blow when when Abbott Laboratories received FDA approval for its FreeStyle Libre Flash, a glucose monitoring system that can be used as replacement for blood monitoring.