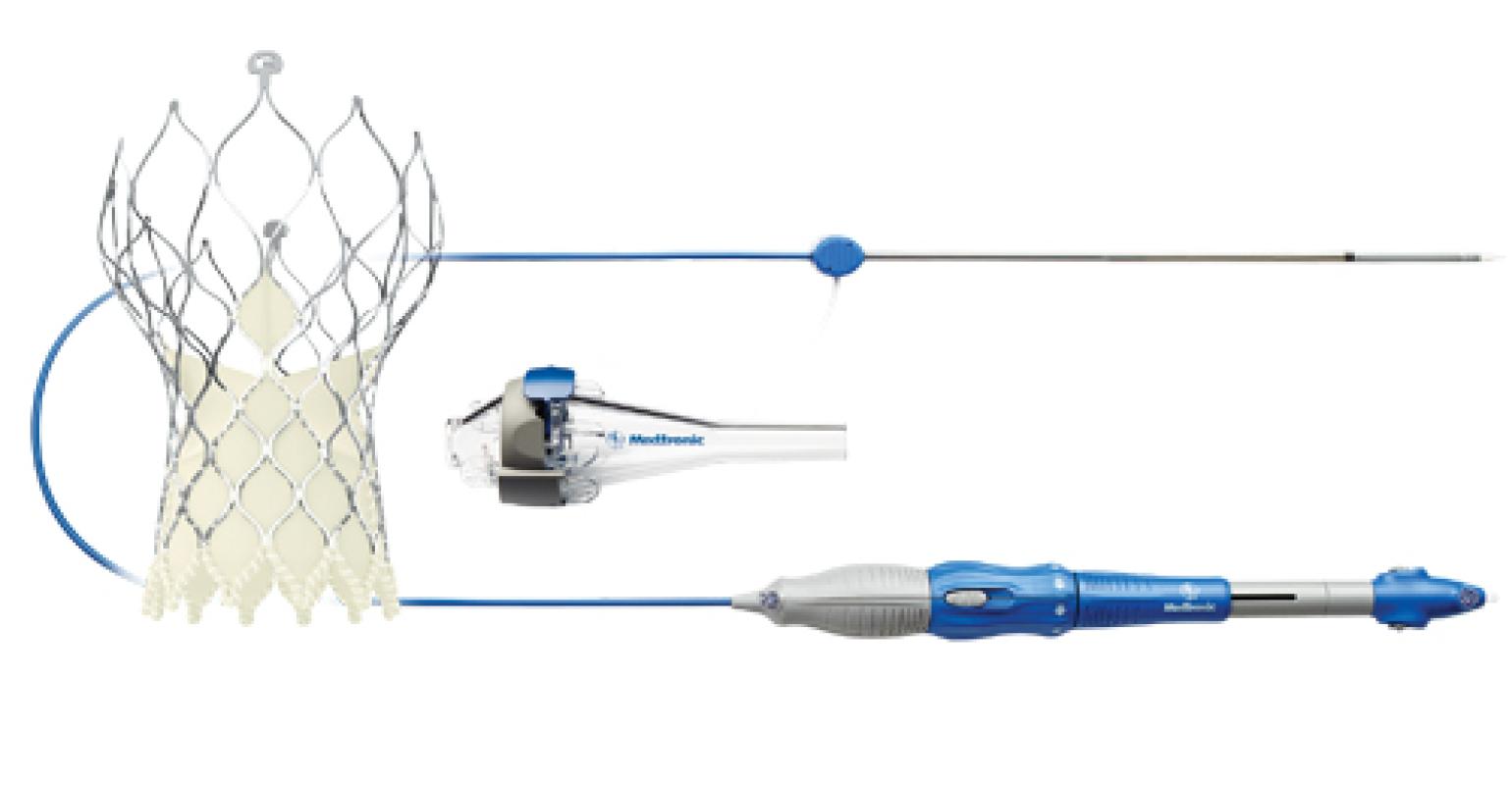 A physician familiar with both Edwards Lifesciences and Medtronic's TAVR programs gives his take on Medtronic's next-generation CoreValve product.

And on Wednesday, the Minnesota device maker said that the first implants of this next-generation TAVR system had been performed in the U.S. as part of a pivotal trial.

One of the primary investigators of the U.S. clinical trial that will enroll up to 250 patients at about 25 centers described the new device as a significant advancement on the current technology in the marketplace.

There are two major improvements - one is that the heart valve can be delivered using a 14 French catheter making the Evolut R a low profile TAVR device in the market.

"You can use a sheath for it if you choose to, but you don't have to and so the diameter of the device is actually about 6 mmm and that is a lot of smaller than any of the other devices," explained Dr. Matthew Williams, co-primary investigator for the study, and chief of Adult Cardiac Surgery and director of Interventional Cardiology and Structural Heart at NYU Langone Medical Center in New York City, in an interview Wednesday.

The other major advantage that the CoreValve Evolut R possesses is the ability to be repositioned and retrieved.

"It’s giving us a free do-over so that if we are not absolutely happy, then we can recapture the device, put it in a better spot or in the unlikely event that it doesn't work completely for the patient, then you can remove the device altogether, whereas in the past it would have required an open heart procedure," Williams said.

He noted how this makes for a key difference with the Sapien 3 from Edwards, which can also be delivered using a 14 French catheter.

"Sapien is a balloon expandable system so that you get it into the position you like and then you blow up the balloon and so the balloon blows up the stent and as the balloon comes down the stent is anchored there. So there is no retrieval mechanism or ability to reposition with the Sapien or any kind of baloon expandable approach," said Williams who was an investigator in the Sapien Partner trial a few years ago.

Still, the anecdotal evidence from both these smaller caliber devices is that they are able to reduce two major complications of the TAVR procedure - paravalvular leak and stroke - although hard data correlating them are as yet unavailable.

"There are modifications to the actual stent frame in terms of the mechanics of the force on the device and how hard it pushes against the tissue as well as the skirt which is wrapped around the device," that is aimed at reducing paravalvular leak, Williams said of Evolut R.

Sapien 3 has also made modifications to the skirt to reduce paravalvular leak, he added.

In the end, whatever differences there are in terms of features between the two primary heavy hitters of theTAVR market, Williams believes that the next-generation products will benefit patients.

"Certainly there has been no comparison between the two and I don’t imagine we’ll see that anytime soon. But what’s clear is that both of these are improvements over the current existing technology from the respective companies," Williams said. "I did the first Evolut R implant this week and it’s really exciting new technology."