Physician: Bos Sci's Watchman Device Sure to be a Hit, But S-ICD Risky 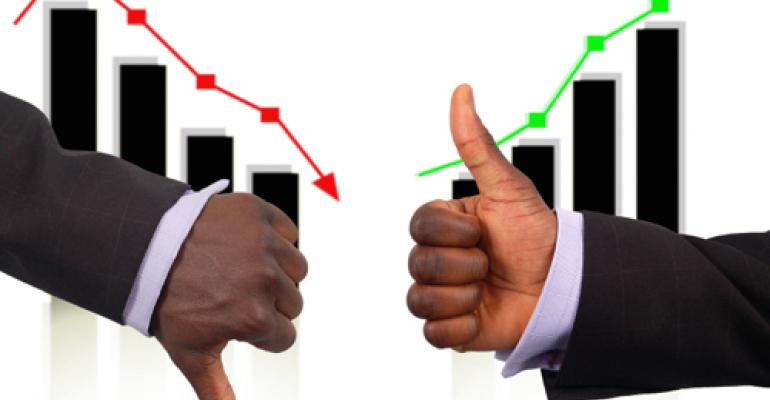 A cardiologist and electrophysiologist familiar with Boston Scientific's novel products bets one has a very bright future ahead.

A cardiologist and electrophysiologist familiar with Boston Scientific's novel products bets one has a very bright future ahead.

Boston Scientific had a great 2014, and many Wall Street analysts have high hopes for the company this year given the slate of new and novel products that the Massachusetts device maker is introducing.

Two of those novel products are the S-ICD or the percutaneous ICD that has no leads in the heart, often considered the weakest link in an implantable cardioverter defibrillator, and the Watchman Left Atrial Appendage closure device.

One physician, however, believes that while the latter has huge potential for growth because it fulfills an unmet clinical need, implanting the S-ICD is largely a choice that physicians implanting it are making over traditional ICDs and has important limitations.

The Watchman LAA closure system was approved in March and is intended for high-risk atrial fibrillation patients who are seeking an alternative to the anticoagulants that help to reduce the risk of stroke.

"Watchman I think is going to be gigantic. I think it's going to be huge," said Jay Mazel, a cardiac electrophysiologist at MedStar Health Cardiology Associates, in a conference call Wednesday hosted by Joanne Wuensch, a medtech analyst with BMO Capital Markets. "Here there is a pent up demand [from] patients. Every patient who is prescribed an anticoaglulation agent is anxious."

Mazel went on to add that fear and anxiety has been generated in patients who watch the television ads about the anticoagulant lawsuits emerging from the side effects of the drugs that include uncontrollable bleeding.

"There is not a day that goes by where I am not having a conversation with a patient [who asks], 'Do I still have to take my oral anticoagulant? Is there a way off this and is there any other option coming down the road?' " Mazel said. "And just the notion that there might be some technology that can get me off of these pills is huge."

Mazel predicted that at first the adoption will be slow as physicians are cautious and select the patients who will be most helped by it - those who cannot be on anticoagulants -  but later it will ramp up.

"In a very short period of time, we are going to see a lot of folks who can be on one of the ... newer anticoagulants just lining up for Watchman devices," he says.

He noted that he has at least 20 patients on his waiting list for Watchman alone and more if he looks at his physician group, which has 37 other cardiologists.

Mazel, who is on Boston Scientific's advisory board has a completely different view about the company's other novel product S-ICD, which was approved in 2013 and its next-generation smaller Emblem S-ICD was recently approved in March.

Mazel was involved early on with the S-ICD from its clinical trial with Cameron Health, which Boston Scientific acquired in 2012 and reported feeling excited about the product.

"I think over the last two years three years having it available in our practice, having no real limitations in terms of cost or reimbursement issues that limit our ability to use the device ... I found that my personal use of the device has been low," he said. "I am using it in about 5% of my implants."

Mazel explained that the low usage is a factor of "needing a subcutaneous ICD and having a slight preference for a device that might be slightly better for an individual patient."

He noted that the device is "heaven sent" for those patients who are on hemodialysis, who has a history of vascular disease and an occluded or blocked venous anatomy.

But they constitute a small section of the population needing such heart devices.

[For] the primary intervention patient who we are really targeting for these kinds of devices here, we have to make a conscious decision that we are going to put in a subcutaneous ICD and forego the potential that the patient might in the future need pacing therapies. And therein lies the challenge. We need to take a risk every time we implant this device that we've got it right and the patient is not going to need pacing therapies down the road and I am not going to be in a situation where I've got a device that can't deliver the appropriate therapies to a patient or if they might need biventricular pacing in the future. Given that barrier, myself ... and my colleagues kind of implanted a lot less of these things.

He said even the smaller Emblem device would not remove that barrier. But he expects that Boston Scientific will soon present quality outcomes looking at infection rates. If those results are good, Mazel might use the product a bit more frequently.

"We might see somewhere between 5% to 10% overall market penetration ... so slightly lower than I projected years ago even with the new Emblem device," Mazel explained.