Novel Product Notwithstanding Tough Road Ahead for Spine Firm LDR? 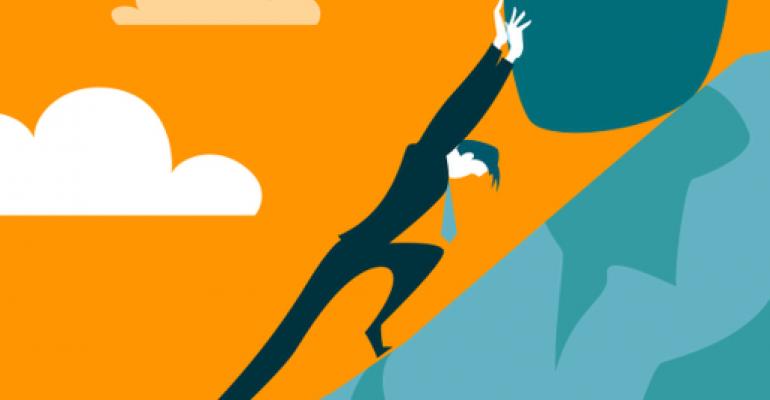 Spine treatment company LDR Holdings has a novel product to treat degenerative disc disease but may have a rocky road ahead.

LDR Holdings is the only company to have an artificial cervical disc approved by the FDA for both one-level and two-level indications of degenerative disc disease.

Five-year clinical data has shown that the Mobi C artificial disc is superior to fusion, the standard of care, for two-level disc replacement in the neck. Even the North American Spine Society revised its formal coverage recommendation for cervical artificial disc replacement supporting their use over the standard procedure based on clinical results.

Yet, analysts have mixed responses to how LDR will fare in 2016.  In mid December, Joanne Wuensch an analyst with BMO Capital Markets, downgraded the company's stock citing the company's revenue miss in the third quarter as well as surgeon commentary and other due diligence she conducted. However, Glenn Novarro, an analyst with RBC Capital Markets believes Mobi-C to be a multiyear growth opportunity for LDR and expects the company to gain market share based on a physician survey. Still, the surprising miss on revenue led him to reduce the company's 12-month price target on its stock to $33 from $50 in a mid October research note.

While Mobi-C may be a novel artificial cervical disc replacement product, insurers are still skeptical and hesitant to cover it for the two-level disc replacement. In a research note in mid December, Novarro pointed to how Cigna recently reviewed the device as investigational and declined to cover it.

LDR executives are more than aware of the reticence of certain insurers but paint the picture more as a glass half full.

"We have seen some major insurers start to cover Mobi-C for two-level over the last year to year and a half like Unitedhealthcare and Medica, which is a large health plan in Minnesota with about 1.5 million covered lives," said Kim Norton, vice president of healthcare policy and reimbursement at LDR.

For instance, Cigna and Aetna both cover artificial cervical discs for one-level replacement be it made by LDR or other artificial disc makers like Johnson & Johnson's DePuy Synthes division, Globus Medical and Medtronic.

Norton, similar to analysts like Novarro, believes that the coverage for two-level will begin to accelerate once LDR publishes five-year data regarding Mobi C's superiority to anterior cervical discectomy and fusion (ACDF) in a peer-reviewed journal.

"Once the five-year outcomes data and the five-year cost effectiveness data gets published, I think the story will be complete," Norton declared.

What specifically does the five-year outcomes data show?

Mobi-C is also attractive to surgeons.

"In comparison to competitive discs, the Mobi-C design is bone sparing and does not require bone preparation for keel or screw insertion, simplifying the surgical technique," said Dr. Armen Khachatryan, an orthopedic surgeon with The Disc Replacement Center, who performs surgeries at the Jordan Valley Medical Center in Utah, said via email forwarded by an LDR representative.

Khachatryan, who is a paid consultant for LDR, said he prefers to use Mobi-C over fusion where clinically indicated due to the strength of the clinical data.

But these days clinical effectiveness is only one metric that payers and hospitals evaluate when deciding to cover or purchase a product. Medical device makers need to make a case for cost effectiveness too. An LDR representative did not provide a cost for Mobi-C two level discs but said that it costs more than the average selling price of the Mobi-C one-level disc which is $5,169.

A value-analysis document created by LDR refers to a 2014 peer-reviewed study published in JAMA Surgery that found that Mobi-C at two-level is a highly cost effective procedure -- which includes more than just the cost of the implant -- compared with ACDF over the two-year time period evaluated in the investigational device exemption trial (IDE).

Such evidence in both cost and clinical effectiveness will be sure to sway insurers once the data is formally published, Norton believes. But in many cases just having insurers cover a procedure doesn't automatically mean higher volumes of that procedure being performed. Surgeons need to be trained and educated as to the benefit too, which is a big part of Norton's job, she said.

As part of its Horizon 2016 plan, LDR has been making investments in sales, marketing  sales, marketing, physician education and reimbursement to fully take advantage of the fact that Mobi-C remains the only disc to have both one and two-level indications for artificial cervical disc replacement in the U.S.

Wuensch, the analyst from BMO Capital Markets, believes in the clinical potential of Mobi-C and in the Horizon 2016 initiative that has been in place in 2014 and 2015, but declares that the initiative and the potential coverage from insurers will require some time.