For J&J, Drug-Coated Stents Were an Albatross 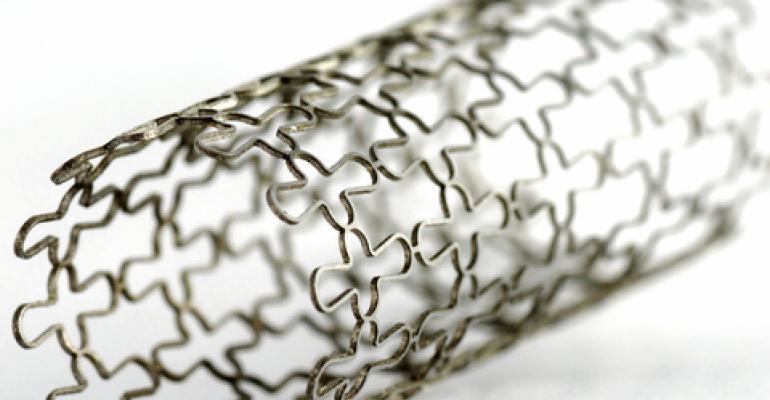 Once industry leaders in drug-eluting stents, J&J's unit, Cordis, has decided to dump its efforts on Cypher and Nevo stents.

J&J has ceased development of its Nevo heart stent and ended manufacturing its Cypher stent. The Cordis business unit has decided to dump these drug-eluting stents (DES), but continue to sell bare metal stents.

Once hailed as a bockbuster device, DES have not seen the expected payoff in recent years, particularly for J&J. Cypher, which was introduced in 2003, saw annual sales of $2.6 billion. But the stent was on track for only about $400 million this year, according to Gabelli & Co analyst Jeff Jonas. Its sales generate only about 1% of company profit, he said. J&J has also had trouble developing new stents, including Nevo.

"The stents were kind of an albatross," Jonas told Reuters, adding that "the remaining cardiovascular business is attractive."

Cypher was the first DES on the market, but despite early fanfare, it has been plagued with safety and manufacturing issues that have prompted warning letters. A Cordis spokes person has said that the warning letters were not part of the decision to discontinue the stents.

The Nevo, which was part of J&J's purchase of Conor Medsystems in 2007 has seen development and design delays.

Rivals in the market such as Abbott Laboratories Inc and Boston Scientific Corp. may jump to fill the gap left by J&J. Jonas estimates that Boston Scientific, which has about $1.5 billion in annual stent sales, stands to gain about half of J&J's stent business, representing an extra $200 million in annual sales. Abbott's Xience will likely attract the rest of J&J's lost sales.

Is this the end of DES? Probably not. Competitors will benefit from J&J's exit.

However, it might be the death knell to a "blockbuster mentality" that drove the device market in the oughts. Perhaps as we move into the teens, amid changing healthcare policies, the device market is a little wiser. Catering to niche markets and promoting personalized care is a far better way serve patients, anyway.