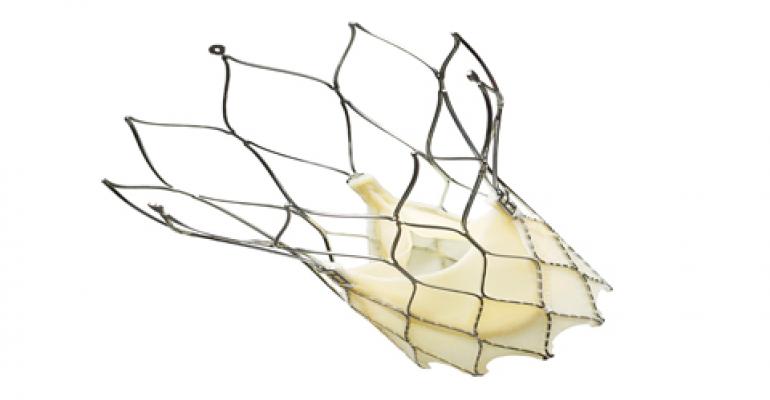 St. Jude Medical is not the only transcatheter aortic valve maker to show an anomaly in its Portico valve that led to the device's sales being briefly halted in Europe.

Last September, St. Jude Medical announced that it was pausing the implant of its Portico transcatheter aortic valve in Europe after an anomaly was noticed.

Now it appears that St. Jude Medical is not the only TAVR maker with that problem. According to analysts attending EuroPCR, a large interventional cardiology annual meeting in Paris that ends Friday, the anomaly — reduced valve leaflet mobility — is a charge that can be made against all devices, even with surgical valves.

Portico is back on the European market after its CE Mark was reinstated in March when regulators could not find any increases in adverse events related to the problem. And that lack of negative connection to clinical outcomes seems to be true of all devices as well.

"When St. Jude Medical halted its Portico clinical study last fall given observations of reduced leaflet motion, we had assumed that it was associated with its valve, but data this morning would indicate that it is a class effect, with observations in all types of aortic bio-prosthesis, including surgical valves, with no statistical significant difference between the valve types," wrote Joanne Wuensch, an analyst with BMO Capital Markets, in a research note Thursday.

After the presentatins were made about the anomaly, physicians generally concluded that current clinical practice doesn't need to be modified as yet and the problem may be abated if patients are prescribed anticoagulation drugs, according to a note published by Danielle Antalffy, an analyst with Leerink Partners, on Friday.

"... we'd note that while this will be something to watch longer term as TAVR moves down the risk curve [with patients who are not as sick being recommended for the TAVR procedure in lieu of open-heart surgery], these devices have been on the market in Europe for 8 years. If there was something to be concerned about, we believe we would have seen it in clinical outcomes by now," Antalffy declared.

As the 'guilt' appears to be equally shared, analysts agreed that some of the bias against St. Jude Medical and its Portico device will now be removed. A St. Jude Medical spokesman was also keen to vindicate the company.

"The collective evidence generated to date suggests that the observation does not impact valve clinical performance or increase patient risk for adverse outcomes, and that there is no need to modify or restrict current TAVI/TAVR programs," wrote Justin Paquette, a spokesman for the structural heart and vascular disease business of St. Jude, in an email.