Getting Your Way with FDA—Or Not 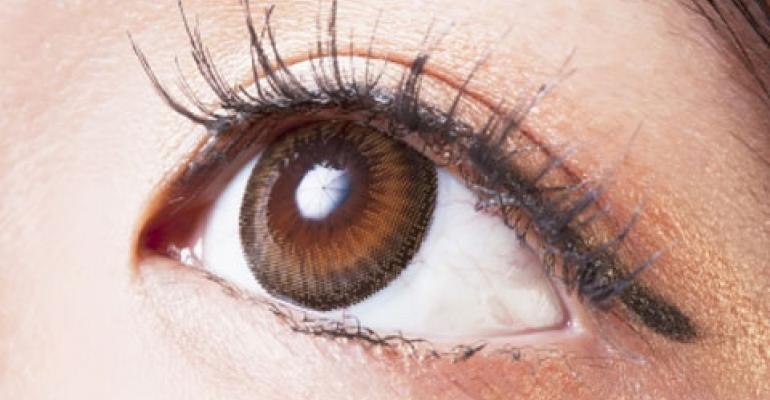 It’s the holy grail—or third rail—of all companies pushing their way through the FDA regulatory process: how to win the hearts and minds of agency decision-makers, using both the unavoidable public process and also the private process.

The former is officially supposed to be objective, science-directed and “by the book,” but anything involving human beings can be imperfect and often frustrating—especially, it seems, at FDA, where recourse to the private process has been known to work better.

Everything went well until it came to the Public Input portion of the program, restricted to four minutes per speaker.

But then came the rest of the total 14 public speakers, each with their four minutes worth, and all of them were bad for Avedro and its chief executive officer, David F. Muller.

In the 1990s, Muller headed Waltham, Massachusetts-based Summit Technology Inc., now defunct, where he reportedly made $18 million marketing the first lasers to be FDA-approved for LASIK—the very machines that the next nine public presenters said permanently damaged their corneas and left them with dry eyes, blurred vision, night driving difficulties, starbursts, depression, suicidality, and corneal ectasia.

They had done their homework, digging up long-forgotten factual disclosures and allegations, broadcast on television on the late Paul Weyrich’s American Investigator series in 1996, that Muller had paid the late Senator Edward Kennedy’s (D-MA) 1994 re-election campaign $1 million plus $500,000 to the Democratic National Committee to get Kennedy’s intervention at FDA to release Summit’s laser on to the market.

After the broadcast, then-Center for Devices and Radiological Health (CDRH) director Bruce Burlington told me the charges were “utter fantasy. The idea that Senator Kennedy did anything that affected the approval is just stunning. I can’t believe that happened.”

Not only that, but Weyrich’s program had also alleged, among other things, that Summit had illegally presold its investigational devices before approval and that a CDRH employee had sent Muller trade-secret data from a competitor’s pending premarket approval (PMA) application. Numerous federal investigations failed to crack the case, leaving FDA and industry vulnerable to a possible recurrence.

Summit’s law firm at the time, Hogan & Hartson, issued a 17-page white paper in which it defended the purity of the company’s and Muller’s conduct in winning the laser’s approval, denying that Muller’s contacts with FDA had been anything more than “cordial and professional” (American Investigator alleged those contacts included “intimate” socializing between Summit vice president for regulatory affairs Kim Doney, and CDRH lead reviewer for the Summit PMA, Emma Knight).

A few hours before the broadcast, Muller was fired by his board, reportedly following an outburst in which he harangued board members about how much he had done and was “the only one with the guts to do what had to be done” to get FDA approval for the laser.

Due to the four-minute time limit on public presenters at the panel meeting in February, only some of the American Investigator disclosures came up. I present them here to provide fuller context, since not only did I actively report the controversy as it unfolded in 1996, but the disclosures are relevant to panel presentations delivered for former CDRH ophthalmic devices branch chief Morris Waxler and LASIK-injured patient Dean Kantis.

Waxler recommended approval of Summit’s LASIK device but after retirement recanted and in 2011 filed a petition with FDA asking it (unsuccessfully) to withdraw the LASIK indication for all lasers and issue a public health advisory, based on PMA data fraud he had only recently uncovered.

Waxler said he had “personally reviewed” secret files kept by refractive surgeons and user facilities (manufacturers). “FDA appears to have withheld information about the secret files from panel members,” Waxler’s presentation said, and it had withheld from consumers LASIK’s actual adverse event rate of 20%–40%.

The second dilemma the panel faced, Waxler wrote, was “what rate of LASIK-induced ectasia is acceptable to panel members? 20%, 10%, 4%, 1%, or 0.1%? Millions of Americans have or are going to have LASIK. How many legally blind people are acceptable to you for a few years of ‘20-happy vision’?”

In her own presentation, Cofer slammed Muller’s role in introducing the first LASIK lasers through a corrupt FDA evaluation process. She alleged that he was responsible for “thousands, likely tens of thousands of LASIK patients who developed ectasia as a result of their trust” in the process.

LASIK surgeons, she said, “don’t report the ectasia cases they cause, and are complicit in an industry-wide cover-up.” If CDRH approves Avedro’s combination product, she predicted it will lead to off-label use of Avedro’s next enhancement, Lasik Xtra, already being promoted on its Web site and in the marketplace—a potential new explosion in LASIK marketing.

Injured LASIK patient Matt Kotsovolos, speaking for activist Dean Kantis whose eyesight “was ruined by David Muller’s Apex Plus laser,” read from what he said was a transcript of a presentation to a professional group by the Cleveland Clinic Foundation’s Cole Eye Institute eye surgeon Ronald R. Krueger, in which he admitted that LASIK-caused ectasia occurred much more frequently than the procedure’s FDA-accepted 0.6% total adverse event rate in the original PMAs.

Kantis’ presentation called for a criminal investigation by an independent agency into FDA’s “conspiracy” with the LASIK industry to cover-up the true incidents of adverse effects from “an unnecessary medical procedure that inflicts permanent injury on the very public that pays them for protection.”

Muller listened to all of this impassively, but although he took to the podium several times, he did not respond to his critics.

This was a winning tactic. While individual advisory committee members sympathized with the LASIK-injured public presenters, the panel gave Muller what he wanted, although not as much of it as he had probably hoped for. It voted 10–4 with one abstention to recommend approval of the progressive keratoconus indication and 6–4 with four abstentions for the ectasia following refractive surgery (LASIK) indication.

This in spite of members’ frequent complaints about gaps and lack of detail in Avedro’s clinical data, the total absence of any performance data from the KXL machine itself (Muller insisted that its performance was identical in all important ways to the smaller, less-mobile UVX machine actually used in the clinical studies presented), and Avedro’s failure to provide patient satisfaction assessments.

Based on CDRH’s disreputable record on LASIK and other recent controversies (e.g., laparoscopic power morcellators, the collagen scaffold and dental amalgam), what it does with all this will likely owe more to the private process than to the public process.