Is CardioMEMS Too Expensive? 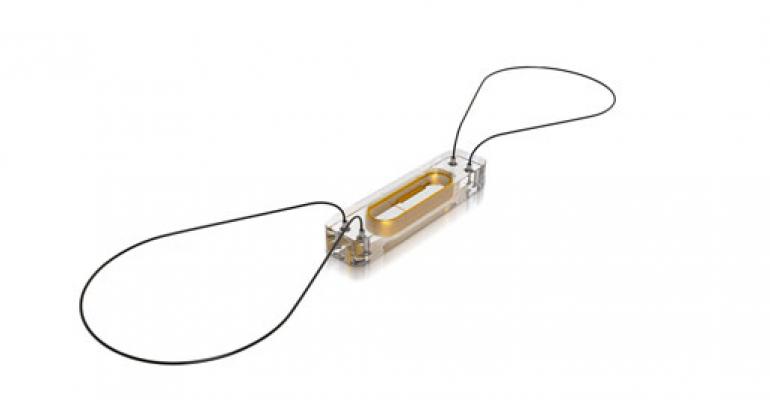 A draft report from the Institute for Clinical and Economic Review (ICER) analyzes CardioMEMS and finds that the device&#39;s price would impose "excessive cost burdens" on the health care system.

A draft report from the Institute for Clinical and Economic Review (ICER) analyzes CardioMEMS and finds that the device's price would impose "excessive cost burdens" on the health care system.

The CardioMEMS system has been heralded as a new approach to heart failure, pinpointing worsening congestive heart failure (CHF) earlier to allow physicians to treat patients more effectively. But now, a new review from a non-profit research organization has suggested that CardioMEMS is too costly in light of its clinical benefit.

The CardioMEMS system from St. Jude Medical consists of a small implant placed in the pulmonary artery to monitor pulmonary artery pressure, widely considered to be an indicator of congestive heart failure. The implant's measurements are transmitted using an electronics system and physicians then have access to the patient's pressure measurements and trends. Being able to see this data regularly and spot trends earlier allows physicians to modify treatment plans and medications before symptoms set in. The technology was evaluated in the CHAMPION trial before FDA approval in May 2014.

A draft report from the Institute for Clinical and Economic Review, prepared for the California Technology Assessment Forum (CTAF), examines CardioMEMS as well as a heart failure drug, Novartis AG's Entresto. The authors write that they give the CardioMEMS body of evidence an "insufficient" rating because they see many unanswered questions such as mortality impact, usefulness of the technology without vigilant nurse communication, lack of comparison to a strict, rigorous heart failure management regimen, and examination of the technology with only one 550-patient trial. "We believe there is a reasonable chance that CardioMEMS would not confer incremental benefit in all subsequent studies or settings," the authors write.

Beyond ICER's evaluation of the technology's body of evidence, the authors go on to note that the $17,750 list price for CardioMEMS is too high, based on cost-effectiveness thresholds and impact on the health care system budget. This assumes that at most, health care expenses should grow 1% fasther than the growth of U.S. gross domestic product (GDP). The analysis finds that "Results for CardioMEMS indicate that the total budgetary impact at one year is similar to the annual average over five years; this is because nearly all CardioMEMS costs are incurred at the time of implantation . . ." The authors note that to stay within the budget impact threshold, "less than 10% of the 450,000 eligibale patients each year could receive CardioMEMS." The analysis leads to a "value-based price benchmark" of $7,622 for CardioMEMS—what is deemed the appropriate price based on cost-effectiveness and budget impact.

In response to a request for comment, St. Jude Medical spokesperson Kate Stoltenberg wrote in an email to MD+DI, "We are confident in the value and benefits demonstrated by the CardioMEMS™ HF System and are joined by many leading physicians from California and around the country who believe that the technology is a significant breakthrough in the way heart failure patients are managed. CTAF’s draft report encourages review and comments from the public, including real world experience from leading clinicians whose experience with the technology has been favorable and supports outcomes realized through the CHAMPION randomized, controlled and comparative clinical trial."

This isn't the first time concerns about the cost of CardioMEMS have been aired. Analysts have written about some experts' concerns about the cost of the device and set up expenses for implementing the technology. However, Stoltenberg notes that CardioMEMS was granted a new technology add-on payment that went into effect on October 1, 2014 and also gained Transitional APC Pass-Through Payment Status on January 1, 2015. "These favorable decisions were made in part because the CardioMEMS HF system demonstrated a substantial clinical improvement over existing therapies," Stoltenberg writes.

In addition, data analyses presented at the Heart Rhythm Society annual meeting in May 2015 pointed to CardioMEMS as a cost-effective technology that offers a 43% reduction in hospitalizations due to heart failure and a 53% reduction in death among Class III heart failure patients with cardiac resynchronization or ICD therapy.

According to an ICER press release, the draft report is open to public comment until September 25. A revised version will be posted on October 8 and the CTAF panel will discuss the report at a public meeting on October 29th. Draft voting questions for the panel include: