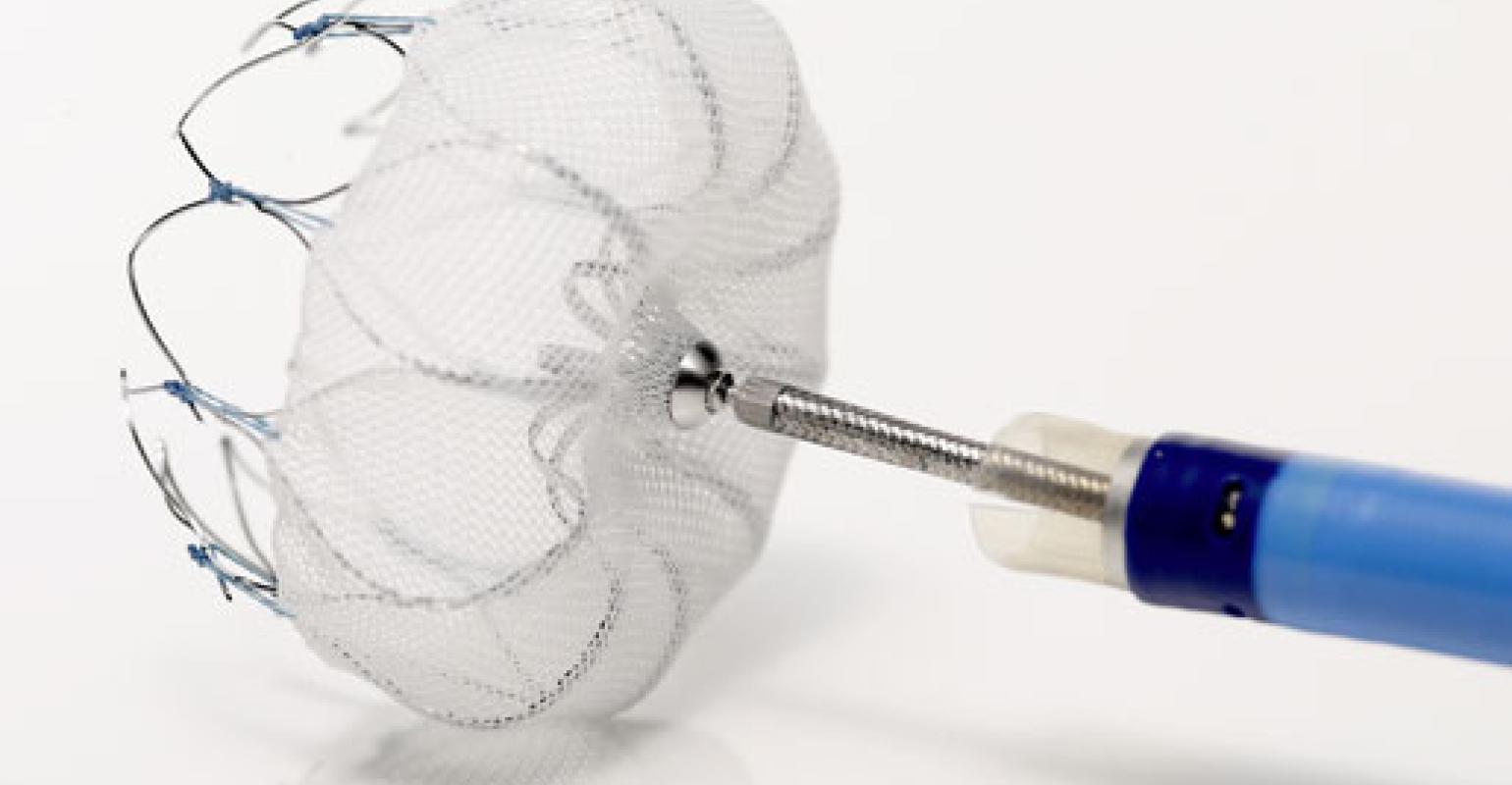 Despite the less-than-stellar data on Abbott's bioresorbable vascular scaffold released at the Transcatheter Cardiovascular Therapeutics conference this week, Boston Scientific isn't backing away from the technology's potential. "Clearly, conceptually, a stent that disappears, leaves nothing behind, is very appealing," said Keith Dawkins, MD, global chief medical officer at Boston Scientific.

Rather than turn away from the idea, the company has instead invested in the concept in three different ways--internal R&D, an equity position, and a distribution agreement.

Abbott's Absorb Bioresorbable Scaffold did not meet its co-primary endpoints in the ABSORB II trial for non-inferiority on late lumen loss and for superiority on vasomotor reactivity versus the Xience drug-eluting stent. There were also six very late scaffold thromboses seen in the Absorb group versus none in the Xience group, according to the data published in The Lancet.

Renuvia is already being studied in a first-in-human trial of up to 30 patients at three sites in Australia and New Zealand.

In early 2014, Boston Scientific made an equity investment in Mountain View, CA-based Amaranth Medical. At TCT the company released 9-month data on its Fortitude bioresorbable scaffold, which has strut thickness of 150 microns. That data on the sirolimus-eluting, Fortitude showed one case of scaffold discontinuity out of 62 patients, according to a company release.

Amaranth has also developed the Aptitude bioresorbable scaffold, which has struts with a 115-micron thickness. The company is  planning to file later this year for CE Mark on Aptitude and anticipates potential CE Mark by end of 2017. The company has also started studying a new bioresorbable scaffold, Magnitude, which has strut thickness below 100-microns, according to another release.

Boston Scientific also has a distribution agreement with Reva Medical, a San Diego company that has developed the Fantom siroliumus-eluting bioresorbable scaffold. Reva anticipates CE Mark for Fantom by the end of 2016, according to a recent investor presentation.

Dawkins declined to elaborate on Boston Scientific's long-term strategy with these three bioresorbable scaffold options, but pointed out that the company expects to address the first-generation concerns of the technology, including strut fracture, thick struts, underexpansion, and malapposition.

Boston Scientific's next-generation Lotus Edge transcatheter aortic valve (TAVR) is being watched by industry onlookers because its predecessor, the Lotus TAVR, was already known for having low rates of paravalvular leak (PVL), a key side effect, versus other TAVR options. The Lotus Edge was designed to maintain those low PVL rates but reduce Lotus's relatively high permanent pacemaker implant rate after TAVR.

Early data on Lotus Edge with a 21-patient group followed for seven days was shown at TCT. Though preliminary and a small sample size, just two of the 21 patients needed a permanent pacemaker implanted (9.5%).

In an October 31 research note, Wells Fargo senior analyst Larry Biegelsen wrote, "Physicians with whom we have spoken believe the pacemaker rate with Lotus Edge needs to be below 20% for the device to be competitive."

Lotus Edge received CE Mark in September 2016, but commercial implants have been halted temporarily to address an issued observed in 7 of about 200 patients (4%) implanted in the European commercial rollout. Dawkins explained that one pin of the valve's commissure didn't lock in these patients, requiring a second valve to be used instead. He said that a redesign of the valve is not necessary and he doesn't expect commercial timelines to be affected by the hiatus.

Head-to-head U.S. pivotal trial data comparing the Lotus Edge to Medtronic's CoreValve (both not balloon-expandable) is expected to be presented at the EuroPCR meeting in May 2017. That data from that trial, REPRISE III, will be used for FDA approval, which is anticipated for the 21-, 23-, 25-, and 27-mm sizes of Lotus Edge in the fourth quarter of 2017. Approval for a 29-mm size is expected later. Low-risk and intermediate-risk trials are being planned too.
A key feature of the Lotus Edge is its ability to be retrieved and repositioned. Ted Feldman, MD, director of the Cardiac Catheterization Laboratory at NorthShore University HealthSystem and co-principal investigator of the REPRISE III trial, emphasized that concerns about valve malapposition are not just limited to new operators. That advantage doesn't "go away," he said.

Real-world data on Boston Scientific's Watchman device showed that left atrial appendage closure could be performed successfully with a low adverse event rate, even by clinicians trying the procedure for the first time. multicenter registry data, presented at TCT on November 2, found that in 3822 consecutive patient Watchman procedures performed by 382 U.S. physicians--29% of doctors had implanting experience from the clinical trials while 71% did not have any pre-approval experience--95.6% of procedures were performed successfully. Adverse events were relatively low, given the real-world setting: pericardial effusion requiring intervention was needed in 39 patients (1.02%), device embolization occurred in nine patients (0.24%), procedure-related stroke was experienced by three patients (0.08%), and the mortality rate was 0.08% (3 patients).

Dawkins pointed out that the risk of the procedure is low even for naive operators. Physicians train for the operation using simulators, proctoring, and practice performing a transseptal puncture, he added.

"The U.S. data reaffirms we've learned how to do this safely," Feldman said.