Despite Ruling, PrEP Access Remains Stable But Other Barriers Persist 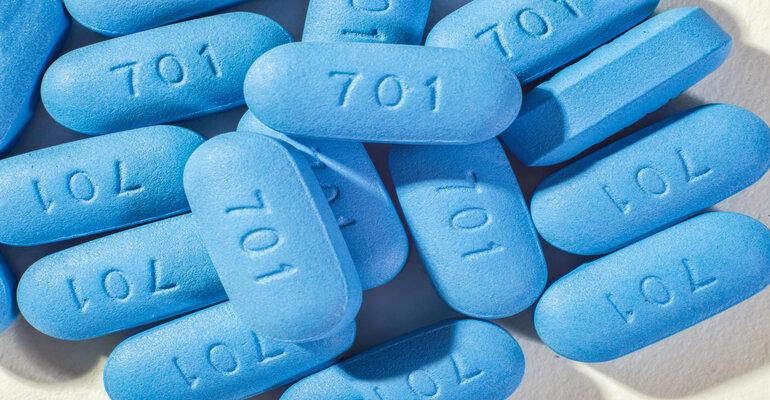 In September of this year, a United States district judge — Judge Reed O’Connor of Fort Worth, Texas — sided with anti-LGBTQ+ employers seeking to eliminate coverage for the HIV prevention drug, PrEP. PrEP, short for pre-exposure prophylaxis, is a highly effective antiretroviral medication used to prevent HIV in people who have not been exposed to the disease. PrEP is covered by most insurance plans and, in 2020, was mandated free under the Affordable Care Act.

It was attorney Jonathan Mitchell who brought the issue of coverage to the public forum, arguing that employers providing insurance for PrEP would violate religious rights because it “enable[s and encourages] homosexual behavior.” Of note, Mitchell also helped architect the restrictive abortion ban in Texas that empowered citizens to conduct citizens arrests against people and providers seeking or providing abortions.

This isn’t the first time the Affordable Care Act has been attacked in this way. In 2014, landmark case Burwell v. Hobby Lobby Stores, Inc argued that privately held companies should be exempt from covering contraceptives based on religious grounds. At the time, the case was supported by SCOTUS on a vote of five to four.

“Burwell v. Hobby Lobby Stores, Inc., legal case in which the US Supreme Court held (5–4) on June 30, 2014, that the Religious Freedom Restoration Act (RFRA) of 1993 permits for-profit corporations that are closely held (eg, owned by a family or family trust) to refuse, on religious grounds, to pay for legally mandated coverage of certain contraceptive drugs and devices in their employees’ health insurance plans,” wrote Brian Duignan, for Britannica. “In so ruling, the court embraced the view that closely held for-profit corporations are legal “persons” under the RFRA and are therefore capable of exercising religion.”

In the case of PrEP, attorney and family law specialist Chase Gregory Jones, for Houstonia Magazine, said, that due to the past SCOTUS ruling on Burwell v. Hobby Lobby Stores, Inc, any provision in O’Connor’s ruling that can be classified as going against someone’s sincerely held religious beliefs will likely already be covered under the landmark case.

While access to the drug should stay somewhat stable from a legal standpoint, David Stein, CEO and co-founder of Ash Wellness, an at-home diagnostic company specializing in STI testing and prevention, says its not the only barrier to getting on PrEP.

“One thing worth mentioning is that… a lot of times PrEP has been most widely used amongst cisgendered, white gay men,” he said. “In communities of color, and those who don't identify as cisgendered, the use is less, probably because the access is harder. As a result, HIV cases in those communities are also higher. While it's done a lot for the community, there's still a lot of different parts of the community that haven't had equal access to PrEP.”

Uptake of the preventative drug has been slower among racial minorities and in low-income areas, according to the Centers for Disease Control and Prevention (CDC), citing that of 23 cities analyzed, 43% of white men took PrEP compared to 30% Hispanic, and 26% Black men. Additionally, despite major cities seeing dramatic drop-offs in infection rates, progress in the country has been much slower or even increased in infection. Infection rates for men who have sex with men decreased a mere 3% from 2014 to 2017 and, alarmingly, infection rates have skyrocketed for Hispanic men by 18% during the same time period. The same alarm can be seen in the increase of infection rates in gay and bisexual Black men, which saw a major 38% rise between the ages of 25 and 34.

Stein also highlighted the danger of thinking HIV only effects the gay community.

“What's crazy about this [legal situation] and PrEP is that from a data perspective, it makes no sense,” Stein said, in an interview with MD+DI. “In Texas, the judge said this religious corporation didn't have to offer PrEP and associated services because it's for gay people, and it's a gay disease. In reality, 22% of new HIV diagnoses are from heterosexual people, and it's probably higher than that. The reason for that is because LGBTQ+ people tend to get tested more so they actually know they have HIV or not versus heterosexual people.”

Another problem for access comes in the form of “PrEP deserts.” One in eight gay and bisexual men live in a “PrEP desert” where the nearest provider of the regimen is more than 30 minutes away, according to a 2019 study. While these “PrEP deserts” are disproportionately concentrated in rural areas and the southern US, even those living close to the cities could have trouble finding access, the study wrote, as a quarter of people living in these deserts reside in the suburbs.

Stein’s company, Ash Wellness, is helping people access STI testing or prevention services like PrEP from the comfort of home. Ash Wellness partners with various companies that help people seeking PrEP. The process is similar for all its partnerships: Someone seeking PrEP takes a health review where they answer basic health questions and create a profile which is confidential. After the initial questionnaire, Ash Wellness sends out a home testing kit on its clients’ behalf that tests for HIV, syphilis, gonorrhea, and chlamydia, along with additional diagnostics dependent on need, Stein said. Licensed physicians review the test results and, if appropriate, prescribe PrEP.

Patients who want access to PrEP that either don’t have insurance, are underinsured, or their insurance doesn’t cover the drug — like proposed by O’Connor — can get it for free through Ash Wellness’ partners. "At [this] point, there's really no reason that anyone shouldn't be able to get on PrEP, because they offer an offset these days, you can do it from the comfort of anywhere you'd like, and it can be free,” Stein told MD+DI.

“I live in somewhat of a bubble on the east coast,” he said. “I have gay doctors, the communities I'm in are very LGBTQ+, and there's community health centers that offer PrEP and HIV counseling. But there's many parts of the country where that does not exist, and clinicians don't even know about PrEP. I think, first and foremost, [we need] awareness, and [to help] people understand that there are these tools to help prevent HIV. Beyond that, we need pathways to get people on PrEP, and our PrEP provider partners do a phenomenal, phenomenal job.”