HomeMarketsGeneral HospitalThe Circular Healthcare Economy: Suppliers, Lawmakers—Time’s Up
Recent
Markets
Foster Teams Up with AdvanceSource & More Supplier News
May 27, 2022
Medtronic to Spin Renal Business into New Company
May 26, 2022
Why Diversity in Medtech Matters
May 26, 2022
MD&M South Set to Debut in June
May 26, 2022 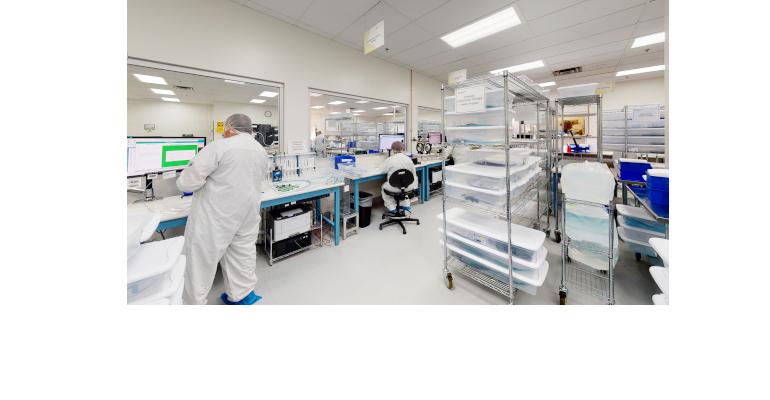 The pandemic has made (at least) three things clear to healthcare supply chain leaders:

These are enormous tasks hardly achieved with short-term stop-gaps such as Emergency Use Authorizations and the C.A.R.E.S. act. However, one approach comes close to effectively addressing all three: a circular healthcare economy. This is more than a lofty vision; circular economy principles are being built into European legislation, and there are plenty of examples of how it can work in reality. However, while healthcare administrators are ready to rethink a single-use healthcare culture, suppliers and legislators are slower to act.

Politicians and healthcare leaders alike have pointed to the painful lesson from the pandemic that we are simply too dependent on fragile, international supply relations. In the pandemic, we’ve seen the emergence of emergency supply solutions where product quality is unpredictable, supply quantities are determined by who-comes-first, and pricing completely lacks transparency. A domestic supply chain would insure us against these problems. There is a need to bring production of devices such as face masks and gloves back to the United States, so that supplies can be controlled in times of crisis and certainty about device availability can be established.

Net operating income for many U.S. hospitals was a complete disaster in the second quarter of 2020. Profitable elective procedures were shut down, and more expensive hospital activities demanded more resources. A double-hit. While the situation is unprecedented and it is understandable that it was not planned for, hospital margins are already razor thin and can be managed really only with two levers: labor costs and supply costs. Most hospitals are stretched thin in terms of labor, which leaves managing the margin by controlling supply costs the one tool in the hospital administrator’s hand. On the medical device side, technology innovation and the constant launch of more advanced devices keep driving the cost up.

This is an unsustainable state of affairs for hospitals. We need a “new deal” for hospitals to remain financially viable.

In March, hospital staff suddenly found themselves meeting for hours to sew make-shift face masks. They established face mask re-use programs and otherwise tried to get one more use out of single-use devices. These activities ran directly counter to the deep-seeded mindset in healthcare to use things once, then replace them with new items, because of infection risks. In other words, the mantra has been, "The more we throw away, the safer we are."

However, the pandemic fundamentally compromised this single-use mindset—particularly when healthcare workers started digging in the garbage to find yesterday’s face masks so they at least had something to protect them. What emerged from this situation was a new awareness that we need to move away from our current single-use culture.

Last month, Moody’s published its For-Profit Hospital Forecast. The forecast credits hospitals for their response to the pandemic, noting that some hospitals were able to reduce costs significantly while revenue sank. However, these cost savings are not sustainable in the long run, and hospitals are faced with the challenge of creating systemic changes in their supply chain. For now, hospitals face a tough Q3 and Q4 with the pandemic still lingering and C.A.R.E.S. Act money running out. Without the boost from this, for-profit hospitals would have seen a 37.5 percent EBITDA decline in Q2.

A circular economy, in terms of medical devices, means that instead of looking at device utilization as a linear production-consumption process, you look at the “consumed” product as the raw material for another consumption: The production-consumption process becomes circular. End-of-life is extended, device-cost-per-use goes down, and you establish more control of the supply chain. And don’t forget: The device does not end up in the landfill after only one use. The circular economy is the confluence of financial, clinical, and environmental supply chain drivers.

Let’s be fair: Hospitals do re-use devices. The hospital’s central sterile department captures and sterilizes many devices every day. These are devices that are designed to be re-used, and the manufacturer publishes guidelines for how to clean them and for how many times they can be re-used. However, manufacturers increasingly turn yesterday’s reusable devices into tomorrow’s single-use devices.

In the 1990s, hospitals were reprocessing everything from endoscopes to cardiac ablation catheters. In the early 2000s, manufacturers lobbied FDA to outlaw this practice. Since then, catheters that used to be “re-usable” suddenly emerged as “single-use.” Of late, even re-usable cables connecting instruments with capital equipment (and not touching the patient) have been “re-invented” as single use. As a result, the most expensive devices used in hospitals have a “single-use” label on them, while less expensive devices can be re-used according to the manufacturer’s instructions for use.

This is, of course, because the greatest threat to a device manufacturer’s profitability is the re-use of its product. When a device is re-used, you lose a sale. Similarly, the concept of a circular healthcare economy is antithetical to the manufacturer’s profit model. However, we have seen how this model can prove dangerous, not just to hospitals’ financial situation, but to the safety of both healthcare workers and patients.

The challenge for a circular economy model in healthcare, according to the Supply & Demand Chain Executive article, is that the suppliers lose ownership of the product with the sale and don’t have access to the product at end-of-life; it is difficult to effectively collect the used product, and most used products have low residual value. That said, refurbishing generally provides more value than recycling, both environmentally and financially.

There is an existing practice used in healthcare that represents a circular economy in action and can provide a broader model for the path forward: single-use device reprocessing. The practice became common in the 1990s with hospitals re-sterilizing single-use devices. This in-house practice was outlawed in the early 2000s and replaced with a practice in which advanced single-use device reprocessing companies make the devices ready for another use. The practice is tightly controlled by FDA in a process that requires the reprocessor to obtain FDA clearance for devices they reprocess. This clearance is similar to the clearance original manufacturers need to obtain to sell the new device. An FDA clearance to reprocess a device means the reprocessed device is substantially equivalent to the new device and presents no added risk to the patient.

In single-use device reprocessing, the used product becomes the raw material for a reprocessed product. Reprocessors collect the devices after use at the hospital; send them to the reprocessing plant; clean, inspect, test, and sterilize the devices; and sell them back to the hospital at a much lower price than the new device. The production-consumption process has become circular, reducing procedure costs, supply chain dependency, and environmental impact.

Moreover, single-use device reprocessing has broken all the barriers identified in the Supply & Demand Chain Executive article: Devices are efficiently collected at the point of care after use from hospital staff that is eager to make the used devices available, and the ownership transfers to the reprocessor. The industry is increasingly focusing on devices with a relatively high residual value, so the economic impact to hospitals is increasingly substantial. Some hospitals save well over a million dollars a year using single-use device reprocessing.

I submit that single-use device reprocessing should become a circular economy model for the future of healthcare. This means:

A Call to Medical Device Suppliers and Lawmakers

In a September Letter from the Editor, Bradley P. Knight, MD, FACC, FHRS, Editor-in-Chief of EP Lab Digest wrote that “[a]ny technology or technique that is better, safer, or faster will only be adopted if it is at least cost neutral. More efforts are needed to develop strategies that require fewer catheters and take advantage of reprocessing.” Hospital staff understands the relationship between re-use and supply chain resiliency, cost reduction, and the environment. Supply chain professionals are endorsing it. Increasingly, clinical staff is embracing it.

The time for suppliers to also be a part of the solution is now. Time is up for the single-use design paradigm. It is inadequate from an environmental, financial, supply chain, and, ultimately, patient care perspective. Healthcare needs manufacturers that are thinking in terms of healthcare resiliency and sustainability, not just in terms of profitability.

Single-use device reprocessing, particularly as a collaboration between reprocessor and manufacturer, is a great short-term solution. However, in the longer term, device manufacturers ought to work on designing devices that can be re-used, perhaps under a new legal paradigm.

From a legislative perspective, we need to focus on the notion of a “reprocessable device,” developed in collaboration among hospitals, manufacturers, and reprocessors. A reprocessable device label would indicate a device that can be re-used, but only to a limited extent (most high-value reprocessable devices can only be reused 1-3 times), and only by highly regulated reprocessors. This would enable manufacturers to become part of the solution and live up to their responsibilities as integrated players in a hospital supply chain that is struggling to economically deliver the right care to as many patients as possible.