Eric Topol on How to Prevent Heart Attacks with Nanosensors

Scripps Health (San Diego) chief academic officer Eric Topol, MD is heavily involved in many of the enabling technologies such as wireless sensors, nanotechnology, and consumer-powered and consumer-inspired technologies that are set to transform the medical device field in coming years. 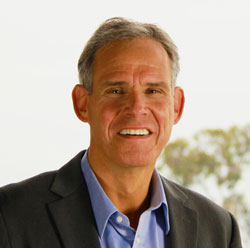 Talk to Topol, a practicing cardiologist who is one of the most-frequently cited medical researchers, and it isn't hard to picture a future when some of the traditional medical devices so lauded today will play a less important role in healthcare than they do now. The reason? Novel digital-powered devices will take on an expanded role in preventing and treating serious conditions.

In the future, the field of digital health technology, which spans everything from mobile health apps to genomics, will give us access to vastly more information about our health and the condition of our bodies in real time.

For example, Topol as chief academic officer at San Diego-based Scripps Health has been working with Axel Scherer, PhD, of Caltech on tiny blood stream nano sensor chips that might sense the precursor of a heart attack--potentially warning a person on their own smartphone that they should immediately see their cardiologist.

If things unfold as Topol envisions, technological innovations such as these could greatly improve the survival rates of everything from heart disease to cancer.

MPMN spoke with Topol last week about how nanosensors and other new technologies could transform the cardiovascular device space in coming years:

MPMN: Describe the bloodstream nanosensors technology that Scripps Health is working on with Caltech. How might it revolutionize cardiovascular care?

Topol: What it involves is a tiny sensor at the nano level that can be injected in the blood, that basically puts the blood under continuous surveillance. That sensor also contains wireless capabilities that can be related to a smartphone. ... You're already in the vascular system, so what are you interested in seeing as blood goes by? One of the things we're especially interested in seeing is endothelial cells that are sloughed off an artery wall that shouldn't be there in a healthy individual. ... It turns out that endothelial cells are sloughed off in a precursory period before a heart attack. They're very unique and have a specific genomic signal. If we set up a sensor to pick up that signal, we can pick up an event potentially before it happens. It wouldn't necessarily be restricted to the coronary artery. It could also be the [cerebral arteries]. So it's not just for heart attack. It could also be for stroke.

We've been working on this for a few years, and made considerable progress on the genomic signal and with our collaborators at Caltech on the sensor. It may sound a little bit like the Amazon drone delivering your packages. But looks like it's technically doable.

MPMN: How is the testing going? Are we going to see this sensing capability before books are delivered by mini-helicopters?

Topol: The sensors are in animals, so that is getting tested as we speak. We assume they will go into [human beings]. The first project is not to pick up endothelial cells. It's just to do an important analyte, namely glucose. Once we have that and we can see for how long this sensor can last in terms of determining continuous glucose, then we're ready to start going after a genomic signal.

This application of a hardware nanosensor, coupled with a smartphone, is not just for cardiovascular diagnosis. It is also for the immune system, to track autoimmune disease. It is also potentially useful for cancer. In the blood, there is ... tumor DNA that could be detected. It could also be used for transplant rejection, because you shouldn't see donor organ DNA showing up in the blood. And that would be an early sign of rejection.

The heart attack, potentially stroke, warning is just one potential way this could be used.

... It could be a one-off blood test. That is another potential use. ... That is a separate validation that needs to be done.

MPMN: The overall theme I'm hearing is that someone in the device design space--they should keep in mind that the technology you're working on is moving away from treating the devastating effects of a heart attack and a cancer. Instead you're able to prevent it before it happens?

MPMN: How did you start working with Axel Scherer of Caltech?  What are the challenges you need to work through with the nanosensors?

Topol: I was at a conference a few years ago, and he was presenting this sensor work. He runs a nanotechnology group that is highly regarded in the country. He's done a lot of projects with high impact over his tenure. Previously, he was at Bell Labs. He just has the innovator genomics imbedded in him.

I spoke with him about this idea. At the time, he was exploring it for analyte-type glucose. He told me he thought it was great. We paired up, and ultimately we were able to get external support, part of which we've gotten through the Qualcomm Foundation and other ways. We've gotten NIH support for the genomic signal.

It's been a very intensive efforts over the past few years.

MPMN: So is this a microscopic machine finding a chemical? What is the mechanism involved?

Topol: There are two different sensor types. One is electrochemical. One is optical sensing. The good part here is we have a lot of diversification of ways to go forward. The issues are predominantly the accuracy of the signal detection and the durability of the signal detection. For a sensor in the blood, if it only lasts for a week or a month, that might not be as acceptable as it lasting for several months or a year at a time.

And these are really tiny. They look much smaller than a grain of sand.

Topol: Yeah, it's really amazing how much you can put in something that tiny.

MPMN: It's really like a tiny computer or machine?

Topol: It's a chip. It's a chip in the blood. But it's a tiny chip. You'd hardly notice it.

MPMN: But one of the challenges is to make sure it's small enough to move through the blood stream to a capillary but large enough that it stays in the capillary and never makes it back to the heart?

Topol: Right, we don't want it embolizing. But there are lots of ways to deal with that. You can make sure that it sees blood, that it doesn't occlude blood flow. Every aspect of this, we have many different possible ways to solve this.

MPMN: Other than this, what other novel technologies do you see out there that are most promising when it comes to advancing cardiovascular care?

I think that when you start to measure blood pressure in an individual seamlessly throughout the night, throughout their life, you're going to find a lot going on there we didn't know about. Just in this country, we have 70 million people with hypertension, but we don't even know if any of those people have controlled hypertension. And what about the other hundreds of millions of people? What's going on with them?

We're going to learn about what's normal, what isn't normal. Everything is kind of restarted when you have real-time continuous data that's seamlessly collected.

MPMN: Is there any chance this could change people's behaviors, if they could really see what a steak dinner does to them?

Topol: Not in the near term, but someday you'll have your glucose every minute on your watch or on your phone, wherever. I've tried that, in terms of available sensors, for a week. It does affect what you eat. It does affect your lifestyle. I may not be representative, but I think a lot of people will have that information be an important factor in how they go about their lifestyle.

MPMN: What kind of technologies might go extinct amid this disruption?

Topol: In the short-term, I don't know if it will look so different. But longer term, the type of data we collect today is going to be seen as pretty crude, from an era where there's no real tracking. It's going to go to a whole new look.

There are a lot of things out there that we don't know about until they get validated. ... What I'm impressed about is that it's taken the small smartphone, with incredible microprocessing capability, to unleash this hyper-innovative phase, the likes of which we've never seen before.

It's only because of this platform [the smartphone], that so many of these remarkable innovations evolved, that so many people are pursuing them.

Moving on to some other advances touted in the cardiovascular space, what are your thoughts on transcatheter aortic valve replacement?

I think TAVR is an important step forward, being able to fix the aortic valve without open-heart surgery. My only concern about it is that it's very expensive. I wish it was a catheter-based strategy that wasn't costing the same as a major open-heart operation. If that were the case, it would be even more attractive. But otherwise, it's an extraordinary quantum jump forward in how to deal with an aortic valve in certain individuals who might otherwise not be a candidate for surgery.

Having grown up in the era when we were ballooning aortic valves and doing nothing, when we thought we were doing something, that is a big jump in medicine and interventional cardiology.

What about renal denervation?

Renal denervation is also exciting. It just isn't clear who is going to benefit. It's much broader than people with severe refractory hypertension. It would be nice to know much more about understanding the mechanism and the procedure itself. It seems a little less refined in terms of the circumferential scarring.

That idea is exciting, and some of the data is quite impressive. It still needs more work in terms of really understanding the science and the right patient selection and hopefully more refinements of the procedure itself.

Are more sensors in medical devices going to help? Or is an even bigger leap coming up?

The information era is finally starting to arrive in medicine. Welcome to the digital world. But there is so much more to go. We're only barely scratching the surface.

MC10's flexible electronic platform--which can bend, stretch, and flex-- what do you think of that?

I thought the MC10 looks really promising. ... I think that is an exciting advance for wearable sensors. ... I've been impressed with MC10's potential because it goes across cardiovascular, neuromuscular, brain waves, all sorts of things you can do when you have a skin chip.

So with everything you described, what should a designer or engineer in the cardiovascular space be keeping in mind going forward?

There is no limit here to how we could improve medicine today, because it turns out we haven't been nearly on top of the kind of data and information we can gather going forward.

Chris Newmarker is senior editor of MPMN and Qmed. Follow him on Twitter at @newmarker and Google+.