The Year of the Medtech CEO Turnover 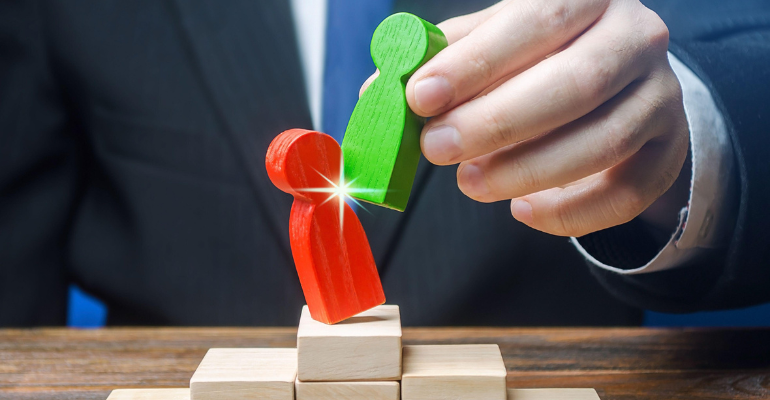 Better Therapeutics, a digital prescription therapeutics company, is the latest to announce a CEO transition. There have been a string of high-level CEO changes this year.

The medtech industry sure has seen a lot of top-level turnovers in 2022.

Frank Karbe has been tapped as president, CEO, and board member starting July 5. He'll replace Kevin Appelbaum, the company's current CEO and co-founder. The company did not comment as to the reason for the CEO transition.

"Over the past seven years, I have had the privilege of assembling and leading an extraordinarily talented and committed team in creating, developing, and validating a new class of treatments for cardiometabolic diseases," Appelbaum said. "With positive primary endpoint data in-hand from our pivotal trial in type 2 diabetes, I am confident our first product is on track for a successful submission to the FDA and potential commercial launch in the upcoming year if authorized for marketing by the FDA. Frank’s long track record of building and financing lifescience companies will ensure that Better Therapeutics is able to capitalize on these results and bring life-changing prescription digital therapeutics to the providers and patients who need them most.”

Karbe is a seasoned executive, serving most recently as president and CFO at Myovant Sciences, where he led the company's efforts to raise $2 billion in capital and oversaw its evolution from a private startup to a publicly listed commercial-stage company with two marketed products.

“Better Therapeutics is at an important stage in the company’s evolution, with the potential commercial launch of its first-in-class prescription digital therapeutic for the treatment of type 2 diabetes next year,” Karbe said. “With the continued rise in cardiometabolic diseases, like diabetes, heart disease, and liver disease, it’s more important than ever to complement medication with digital therapeutics that address the behavioral root causes of these diseases. It is an honor and a great opportunity to lead such a talented group of people in this emerging new sector of healthcare, as we advance and expand our digital therapeutics platform with a goal to fundamentally change the course of these diseases by empowering patients and providers and substantially reducing the cost of care.”

While just over half (57%) of the nearly 400 medtech professionals who took part in MD+DI's 2022 Medtech Salary Survey indicated that they are not considering a new job this year, the Great Resignation (also known as the Great Reshuffle) certainly seems to be happening at the C-suite level.

Globus Medical investors and analysts were thrown a curveball in April when Dave Demski resigned, effective immediately, from his post as CEO and president. Demski had been with the company for nearly 20 years and had been at the company's helm for four and a half years. The Audubon, PA-based company quickly promoted Dan Scavilla to take Demski's place. Scavilla has been with Globus Medical for seven years. He started with the company in 2015 as CFO, and in 2019 he was named executive vice president and chief commercial officer. In 2020 he also became president of the company's trauma business. Scavilla previously worked at Johnson & Johnson for 28 years.

Medtech analysts didn't hold back when they questioned Scavilla about the role during a conference call. Analysts on the call also pressed Demski on the timing of his resignation, asking, "Why now?"

"I would probably answer you with, why not now? You know, I've been looking for a new challenge for a while, and I think we're out of COVID, our technology is great, we have some great stuff coming, the team is strong, we're financially strong, so I think there's really no better time for me to step out and try something new with my life," Demski said. "...There's really nothing wrong with the company or with me that’s driving it, it’s just this is the time.”

GE Healthcare poached Peter Arduini from Integra at the end of 2021, and Integra ended up hiring Jan D. De Witte to fill the vacated CEO position.

Other medtech companies that have new CEOs this year include Fluidigm, and iCad.