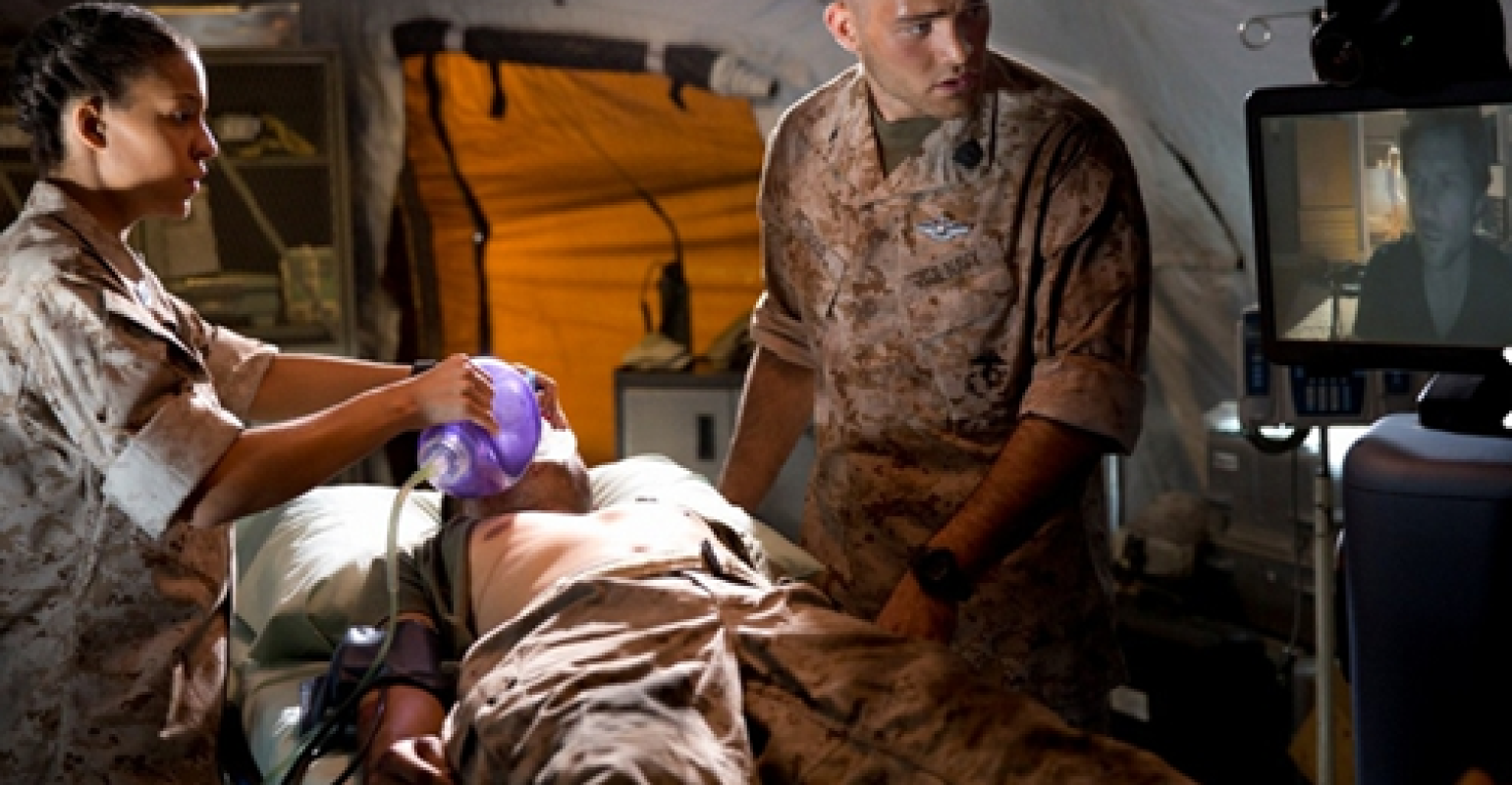 InTouch Health CEO shares the story behind how one of the company's telepresence robots came to be filmed on a TNT drama.

Medical device companies have stories to tell, just like any other firm. But it's not often that they are told in prime time TV.

This time Dr. Sanjay Gupta, who has been sharing medical stories on CNN for years, wanted to fictionalize a product instead of report on it.

Gupta is an executive producer of the TNT drama Monday Mornings that is based on his novel of the same name. He contacted telemedicine robot maker InTouch Health's CEO - Yulun Wang - because he wanted to write the company's RP 7i robot into the plot line of the show, recalled Wang, in a recent interview.

"He had done a story about our robots a couple of years earlier when he was at Brook Army [Medical Center] because they connect from Brook Army down in Texas to Afghanistan using our robot," Wang said. "He remembered that and he decided to write that into the story and so he asked if he could one of our robots for filming,"

That led to the March 18 episode on Monday Mornings where InTouch Health's telepresence robot played a starring role.

"I was very excited," Wang said. "It actually truly represented the power of what the technology can do and I was pleased that Sanjay Gupta and others on the show decided to do it that way."

That power of course goes to the heart of healthcare reform - improve outcomes and lower costs. InTouch Health's telepresence robots are aimed at allowing healthcare providers to care for patients at a distance. It could be a nurse checking the status of patients or specialists who bring their expertise to far flung hospitals thereby caring for patients who otherwise wouldn't have access to that knowhow.

For instance, there is one InTouch robot that is helping doctors care for an entire community in remote Nain, in the Labrador province of Canada, Wang said. InTouch Health has also sold robots in parts of Mexico that only have dirt roads. The company also participates in a TeleStroke program, with more than 60 percent of all U.S. Telestroke networks being powered by its telepresence robots.

"We are bringing stroke expertise to outlying hospitals which may not have a stroke neurologist on staff and so stroke diagnosis and stroke treatment is very poor," he said. "Having telestroke capabilites really improves outcomes."

InTouch Health has sold more than 700 of these telepresence robots and an overwhelming majority of them are in nonmilitary hospitals, Wang said. They are predominantly found in emergency rooms and in ICUs.

There are a few iterations of the robots and they come packaged with an entire solution - a cloud infrastructure enabling connections as well as an iPad app through which the company's FDA-cleared robots are controlled, among other things.

Wang said they can cost anywhere from $2,000 to $7,000 per month, and acknowledged that extremely poor nations would not find this solution affordable. But there are others that can.

"There are many emerging economies that are very interested in building out their healthcare capabilities using the most modern ways of doing it," Wang said. "It's a little bit like how China and India went straight to cell phones without using land lines."

Back in the U.S., telepresence has the power to deliver what the healthcare reform law is attempting to do - reduce costs while delivering better quality care.

"I think the [U.S.] incentive structure is not correctly aligned and that its making costs go up like crazy," Wang said of the current system that pays for volume rather than value. "I think telemedicine's got to be part of the solution to bringing quality up while costs go down."

Wang will share his thoughts on how robots and remote medicine is revolutionizing the field of healthcare at the MD&M East Conference, hosted by the publisher of MDDI, June 20 in Philadelphia.

Here's how InTouch Health believes its latest FDA-cleared robot RP-VITA can take a stab at the problem.