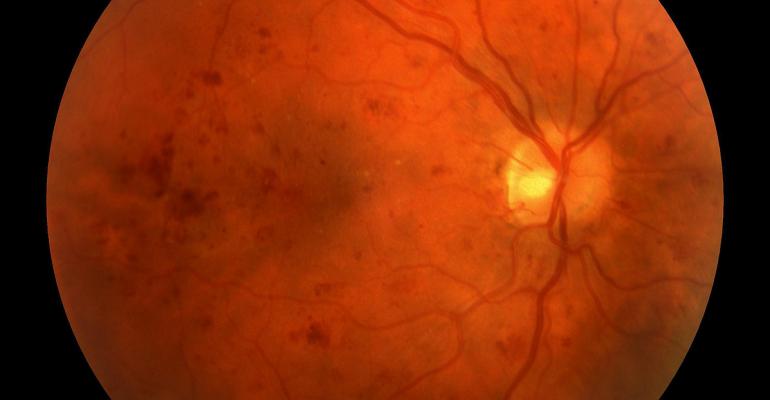 Through its successful pivotal trial results, IDx becomes the latest company to heat up the AI in medtech.

Privately held IDx is developing an artificial intelligence-based system that could help with the diagnosis diabetic retinopathy – a disease that leads to blindness if undetected.

The company met its endpoints in a pivotal trial of the IDx-DR system. The trial involved 900 diabetes patients at 10 sites. The study was designed to evaluate the diagnostic accuracy of the technology in detecting moderate to severe diabetic retinopathy, including macular edema.

The results of the pivotal trial met the study hypotheses that were developed in consultation with FDA and demonstrated the IDx-DR system exceeded these performance goals.

The IDx-DR solution involves a small robotic camera that takes images of the eye. An AI algorithm then analyzes the image taken from the camera of the patient’s retina and helps to make a determination if a diabetes patient is suffering from retinopathy.

The company submitted pivotal trial results to FDA Jan. 12. IDx-DR is being evaluated under the agency’s expedited pathway program and clearance for the technology is expected to come in a few months. IDx has had CE mark for the technology for a few years now.

The system has the potential to be transformational in helping to detect the disease in patients who might not have access retinopathy screening, said Michael Abramoff, founder and president of IDx.

Currently, diabetes patients have an annual exam. But inconvenience and cost are reasons some patients with diabetes are not regularly screened for the disease.

“About 75,000 people a year go blind as a result of retinopathy and it's almost entirely preventable if caught early,”  Abramoff told MD+DI. “The problem is early detection is not happening for a large number of patients with diabetes now. We need better methods to do that.”

IDx is well funded – supported by wealthy angel investors – that got the company through clinical trials. As it expands into other disease states the company could take up another funding round.

IDx is no slouch when it comes to its potential AI prowess. The company boasts a partnership with IBM Watson in Europe. Watson itself has evolved since it made its splash on Jeopardy in 2011.

“We have an ongoing partnership with IBM Watson for the European market,” he said.

Abramoff declined to go into specifics about the agreement until the company secured a nod from FDA.

The AI market has been brimming with activity. Recently several companies with treatments across various disease states, including stroke and autism have received nods from FDA for AI-based technologies.

Abramoff said its AI solution is a bit different from some other technologies because its fully autonomous and its solely the algorithm that is involved in making a clinical decision about the images of the patient’s retina.

“There are a lot of stories about AI, but if you look carefully for stories about autonomous AI, then you will find there’s only a few like us,” Abramoff said.