Here's Why Global Health is So Exciting 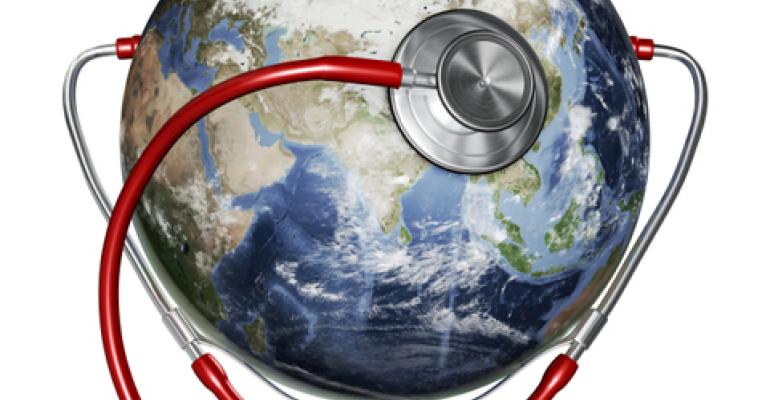 The challenges of global health are daunting: huge populations in remote locations with little-to-no infrastructure leading to tortured access to care and poor delivery.

And yet advances in technology are attempting to narrow the chasm between the care that people can get in well-served locations worldwide and those in far-flung locations.

Here are two such examples, I recently came across:

The first comes courtesy of Smithosonian Magazine. The article talks about how researchers at Columbia University have developed a lab on a chip that can analyze a drop of blood from a fingerprick and when plugged into a smartphone test for HIV and syphilis in 15 minutes flat.

If that wasn't exciting enough the research team, which conducted a trial in Rwanda to test for HIV, believe that this smartphone accessory could be manufactured for as low as $34. It is small enough to fit in your hand and is powered by the headphone jack of a smartphone. This makes it especially suitable for places where getting electricity 24/7 is still a bit of a luxury.

Published results of the blinded trial show that the test "rivaled the gold standard of laboratory-based HIV ELISA and rapid plasma reagin (a screening test for syphilis), with sensitivity of 92 to 100% and specificity of 79 to 100% consistent with needs of current clinical algorithms."

And then comes example no. 2 of a technology that was developed specifically for a certain socioeconomic lifestyle in India, but if successful could work in other parts of the world. Jana Care, based in Newton, Mass, in partnership with Continuum, an innovation and design consultancy developed the Aina device, a glucometer, that plugs into the headphone jack of a smartphone and checks blood glucose levels. Diabetes is a growing epidemic in emerging countries, not to mention that it is an expensive and difficult disease to manage.

Being able to test your glucose levels without having to travel to a clinician is therefore key to the diabetes patients living in that South Asian nation. But Jana Care is not just about providing a low-power device that works in conjunction with smartphones. It has created a program by which it offers disease management skills to patients through an interactive reality TV show, mobile app for diet and exercise tracking and support from diabetes educators.

In places like India where cell phones outstrip land lines in terms of usage, tying healthcare and disease management to mobile phones is a smart move. Still, smartphone penetration in India is fairly low so it will be interesting to see whether devices like Aina gain traction and the impact that Jana Care is likely hoping for.

With both examples, it's clear that technology is reinvigorating the effort to tackle big problems. And that's exciting.