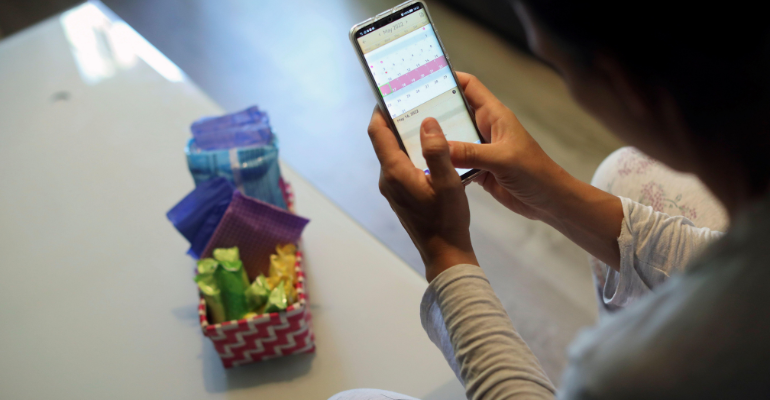 Period tracker and fertility apps landed in the crosshairs after the Supreme Court overturned Roe v. Wade, but most women seem to be ignoring the knee-jerk advice to delete such apps.

In the aftermath of the Supreme Court overturning Roe v. Wade, period tracker apps have landed in the crosshairs, as the New York Times recently reported.

Many experts, including Gina Neff, a sociologist and director of the Minderoo Center for Technology and Democracy at the University of Cambridge, have taken to Twitter, urging women to delete fertility and period tracker apps to protect themselves in a post-Roe America. Other experts, such as Cynthia Conti-Cook, a civil rights lawyer and technology fellow at the Ford Foundation, say it's better to first focus on text messages, search histories, and other types of data that have already been used to criminalize women.

As a journalist at Vice proved with this May report, even just taking your phone to a Planned Parenthood facility can be potentially dangerous. The Vice reporter found that for about $160, data brokers will sell you a week's worth of data on where people who visited Planned Parenthood came from, and where they went afterward. The same method of data tracking could be used against women traveling across state lines for abortions, and the clinics that serve them.

Right now, and I mean this instant, delete every digital trace of any menstrual tracking. Please.

But, proving that there's no such thing as bad publicity, the pleas to delete period tracker apps seem to be driving more women to do just the opposite. Citing the tool Data.ai, which monitors app store activity, the Times reported that downloads of period tracker apps doubled in the days since Roe was overturned, compared with average weekly downloads in the three previous months.

The developers of popular period tracker apps appear to be taking steps to protect users' privacy.

On June 30, Flo announced the launch of ‘Anonymous Mode’, a feature that allows any of its 240 million users to use the service without any personally identifiable information, such as a name, email address, and technical identifier being associated with the account. The free feature can be accessed via the iOS and Android app’s settings and allows users to enjoy all Flo’s health features, with limited exceptions. Anonymous Mode will be available to all users in the coming weeks, the developer said. 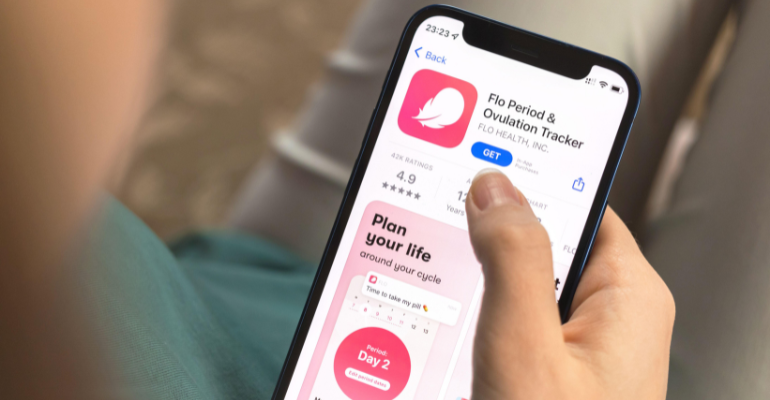 Flo said the development of Anonymous Mode had already been underway, but the overturning of Roe v. Wade accelerated the effort as some users expressed concern about how third parties might use their data.

"Flo’s Anonymous Mode is based on the principle that users should feel empowered to access their Flo app without offering personally identifiable information," the company said, adding that it already follows security best practices, including encryption of all data. Beyond this, Flo encourages its users to leverage the app’s passcode feature to prevent unauthorized users from accessing the app on their personal device.

Anonymous Mode protects user data even further, according to Flo. The new feature deidentifies data on a deeper level by removing personal email, name, and technical identifiers. In the event that Flo receives an official request to identify a user by name or email, Anonymous Mode will prevent Flo from being able to connect data to an individual, meaning Flo would not be able to satisfy the request.

Flo noted that once Anonymous Mode is activated, users will no longer be able to recover data if their device is lost, changed, or stolen and there may be limitations to using the app’s full personalization benefits.

“Flo will always stand up for the health of women, and this includes providing our users with full control over their data,” said Susanne Schumacher, Flo’s data protection officer. “Flo will never share or sell user data, and only collects data when we have a legal basis to do so and when our users have given their informed consent. Any data we do collect is fully encrypted, and this will never change.”

Some women use fertility and period tracker apps in an effort to become pregnant, others use them to avoid pregnancy. And still other users just want a little heads-up as to when leak week is approaching.

“Now, more than ever, women deserve to access, track, and gain insight into their personal health information without fearing for their safety," said Rachel McConnell, director of user experience at Flo. “By offering Anonymous Mode, we’re granting another layer of security for our users so they can continue to gain valuable health insights about their bodies without anxiety or concern.”

The company said it is also working on additional privacy and security features for both regular and anonymous users to be implemented after the new feature launches.

Another period tracker app that has been spurred into action by the overturning of Roe v. Wade is Stardust. In a July 1 announcement, Stardust said that it has been building new processes and functionalities intended to protect its users' data since the draft decision to overturn Roe v. Wade was first leaked.

"We had hoped to have these processes and functionalities in place and our policies updated to reflect these changes in advance of the decision," Stardust said. "However, when the Supreme Court released its decision on June 24, officially overturning Roe v. Wade, we raced to finalize the update and we are proud to say that we have begun to slowly roll it out to users.

Stardust says it has never given any information to government agencies and would not do so without a lawful government order. With the addition of encryption to Stardust via the app's most recent update, the company said it has no ability to associate users' cycle tracking data to an individual user's name, IP address, or any other form of personally identifiable information.

"The only people that have access to the information are the users who have entered it, not even we as the app have the ability to access it," Stardust said. "This means that even if Stardust was served with a lawful government order to share information about a user, with our new update, we wouldn’t have any information to share."

Stardust added that it has redesigned its systems in recent months to restrict the access to any data that it and its third-party analytics platform has about Stardust users.

"We have always wanted to work towards this goal and believe that it matters even more now given the Supreme Court’s recent decision," The developers noted. "The data provided to us is incredibly personal, and that’s something we don’t take lightly."