3.) The Influx of Large OEMs 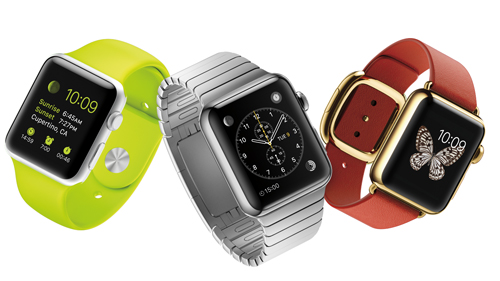 While startups and smaller companies have dominated the wearables market as of late, the influx of large OEMs like Apple, Google, Intel, and Samsung have not only helped legitimize wearables and mHealth but also offered more potential for mass market penetration. “Apple and Google are particularly well-positioned given the fact that they can leverage large, existing developer ecosystems,” Ledger says. He predicts that smaller companies that survive in the long-term will take on more niche roles in the wearables space or form strategic partnerships. The Basis smartwatch was recently acquired by Intel and other small companies like Misfit and Pebble are making strategic partnerships to share apps and technologies.
[image via Apple]