Medical device engineers at Zimmer Biomet and Stryker employed tactics with their BattleBots robots that would be recognizable to human fighters. 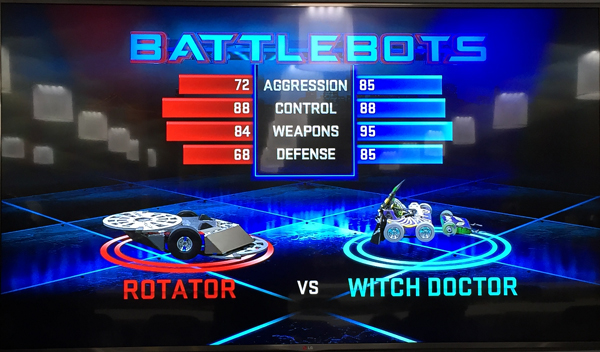 The worlds of engineering and fighting seem to come together in the renewed BattleBots series airing on ABC, according to Qmed's fellow UBM media outlet Design News.

Writes Design News Chris Wiltz: "The same tactics that will get a boxer or MMA fighter's hand raised at the end of the match are also very likely to keep your robot in one piece in the BattleBots arena."

(See Soto and Suarez discuss lessons learned, and how they are applied to medical device development, at MD&M Minneapolis Center Stage on Wednesday, September 21. Qmed readers get 20% off with promo code Qmed16.)

For example, a shorter fighters can be devastating for taller fighters if they can find a way to get to the "inside" of their taller opponents' ranges. (Think Mike Tyson in his prime.) Witch Doctor, a smaller robot, has a partner robot named Shamen that spews flames, helping to provide a distraction to get in on the inside of a larger opponent. The key is to have a dominant angle over the opposing robot.

Rotator seeks to bring some major hurt to its opponents with two spinning blade discs--one mounted on the top and one mounted on its underside--to combat such undertaking. One blade is more toward the front and one is more toward the front, however. In starting their match against Witch Doctor, Soto and team may have made a mistake by having Rototator start the game sideways. It was a "square stance" that offered an element of surprise, but also made it harder to defend Rotator from the head-on charge from Witch Doctor that quickly ended the game.