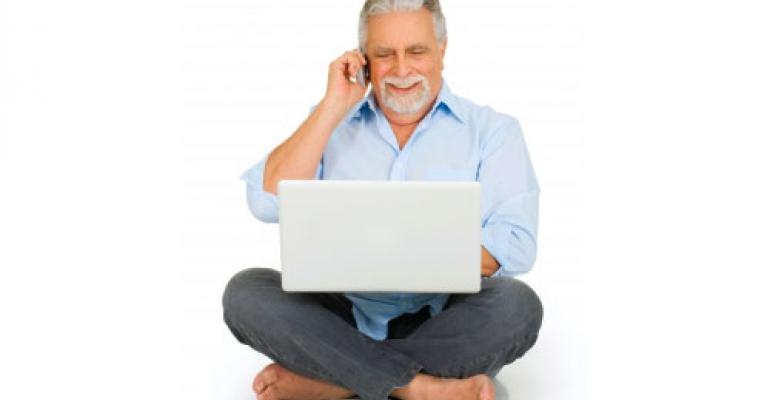 Older consumers represent a lucrative market for digital health—if companies can get them to adopt their technology.

Older consumers represent a lucrative market for digital health—if companies can get them to adopt their technology.

With the population of Americans over the age of 65 expected to soar to 19 million by 2050—more than tripling since 2010—makers of digital health technology are homing in on this potentially lucrative demographic.

Today at the Digital Health Summit at CES in Las Vegas, David Inns, CEO of GreatCall Inc., a provider of mhealth solutions for seniors including medical alert devices, shared some pointers for creating digital health devices to appeal to the older demographic.

Many of the seniors who need digital health technology the most don’t either don’t have a smartphone or don’t know how to use one effectively, Inns said. Without a smartphone or the tech savvy to work it, apps aren’t much help.

Simplicity and service are the keys to adoption.

The more things you put into your digital health solution for seniors, the more confusing it will likely be—and the less likely they are to adopt it, Inns said.

Focus on solving problems, not technology.

Most older consumers don’t buy technology for technology’s sake. They buy it because they have a problem they believe the technology can solve, Inns said.

Caregiving costs Americans $522 billion per year, and families want technology to help ease that burden, Inns said. It’s your job to give it to them.

Go direct to the consumer if you can.

“So many companies are trying to go through commercial healthcare channels and are struggling to get adoption,” Inns said.

Part of the problem is “pilot-itis,” he added. “Everybody’s piloting, and nobody is rolling out.”

It makes sense: Providers require loads of evidence and often must get approval from multiple stakeholders. On the consumer side, however, there are a “lot of people with a lot of money who really have a problem,” Inns said.

He cautioned that going the direct-to-consumer route requires a lot of capital but insists that market is there.

Understand that it’s still early, and be patient.

Inns showed an interesting statistic that there are 20 million seniors who could benefit from active aging technology, 40 million family caregivers that want help, and only 4 million babies born in the United States each year. However, “caregiving” turns up in only 28,000 Google searches and “independent living” in only 48,000, while “baby monitor” garners 450,000 searches.

He said that’s proof that the market for digital health solutions for seniors is still young.

“People aren’t waking up in the morning and saying they’re going to go down to the store and decide which aging technology to buy for Mom today,” Inns said. “We still have to get people to understand that there’s technology out there that can help.”

Jamie Hartford is the managing editor of MD+DI. Reach her at [email protected]

Don’t Leave Patients Out in the Design Process of Distance Care Devices
May 25, 2022