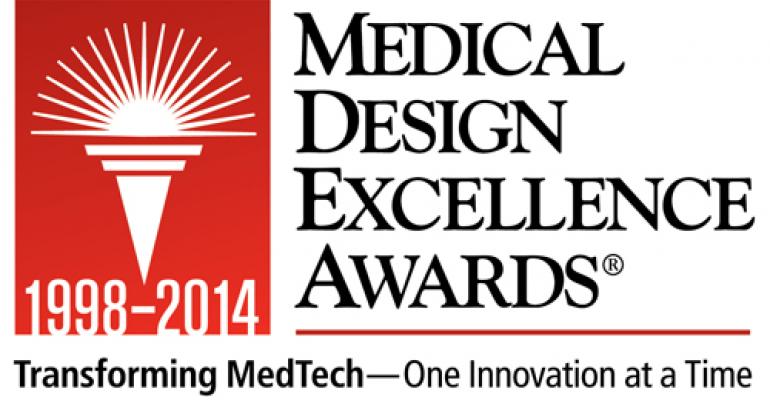 For 17 years the Medical Design Excellence Awards (MDEA) program has honored advances in medical product design and engineering that improve the quality of healthcare delivery and accessibility.

The awards celebrate the achievements of medical product manufacturers, their suppliers, and the many people behind the scenes—engineers, scientists, designers, and clinicians—who are responsible for the groundbreaking products that are saving lives and changing the face of medtech.

The gold, silver, and bronze MDEA winners in each category, as well as the readers' choice and best-in-show, were announced at a ceremony on June 11, 2014, at the MD&M East conference and exposition in New York City.

Cast Your Vote for the 2014 MDEA Readers' Choice Award

How a Doctor Became an Award-Winning Device Inventor

The Snug Vest: A Wearable Medical Device That Looks Cool

‘MuV’-ing Patients within a Hospital

How a Silicon Valley Startup Upgraded the Stitch

Glucose Monitor First to Use E-Ink