What's Behind the Anti-Viral Mask?

Image by mattthewafflecat from Pixabay 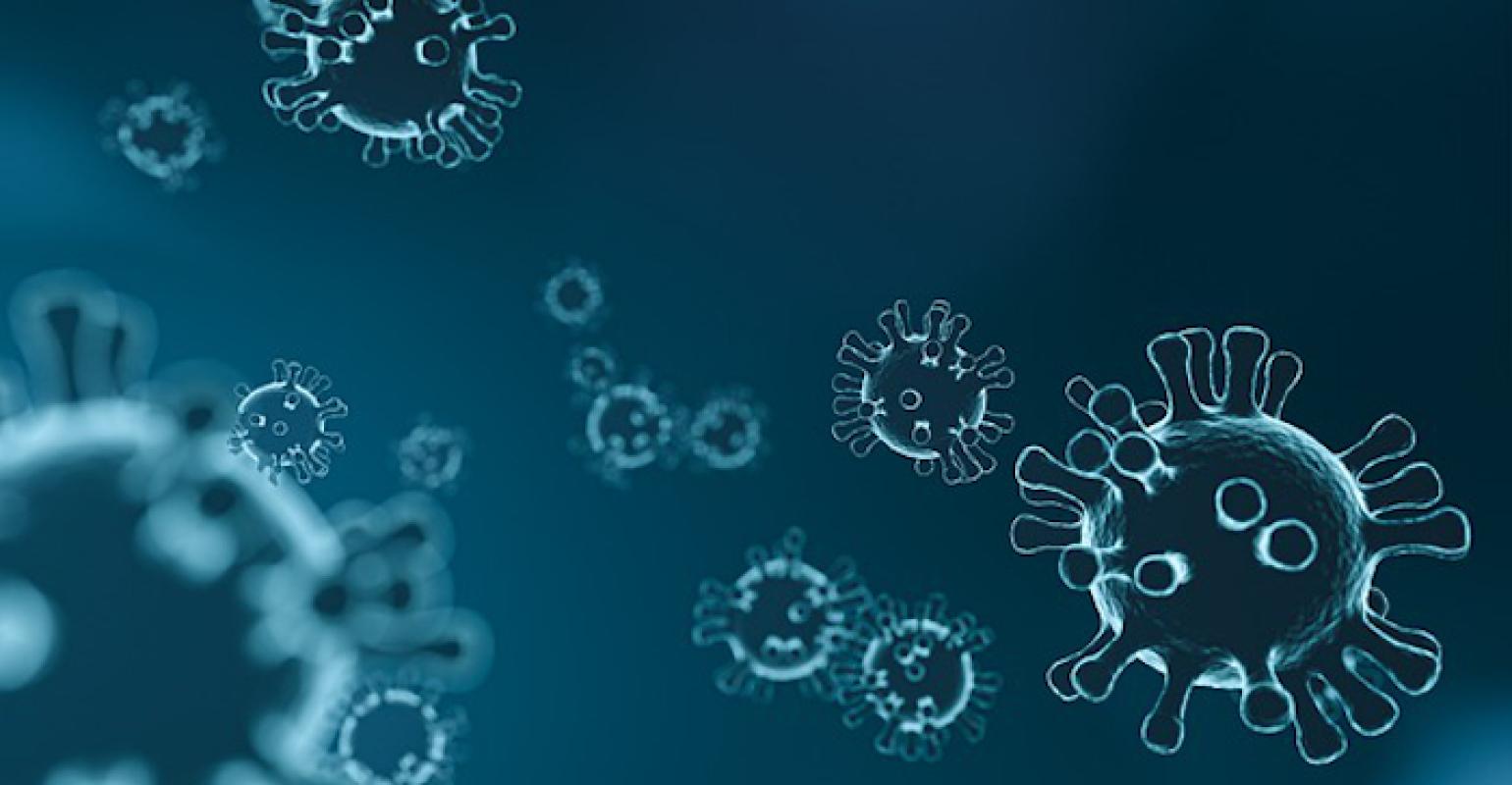 Anti-viral masks are the vanguard of a new anti-pathogen market.

As the COVID-19 pandemic continues to elude a definitive cure, a new twist on one of the most-recommended deterrents to the virus—face masks, but masks treated with an anti-viral component—is booming worldwide. From New Zealand to the United Kingdom, and Israel to the United States, textile technologists are introducing masks with “that little extra something” they say will help stop the virus’s spread.

Whether they use a metallic component such as copper or zinc oxide, or a non-metallic molecular structure that de-activates pathogens, these masks offer presumed peace of mind and an environment-friendly ethos of reusability. And, while public health experts say the jury is out on exactly how much more effective treated masks are than disposable masks or non-treated cloth masks, their visibility is an entree into an even wider market for pathogen-killing textiles they have been researching long before the pandemic hit.

“We fit into this trend, but we are not a trend company,” Liat Goldhammer, chief technology officer of Ramat Gan, Israel-based startup Sonovia, said. The company’s roots, Goldhammer said, go back to 2013, applying research in ultrasonic textile treatment from Bar Ilan University to combat hospital-acquired infections.

“Our expertise is in hygiene and chemistry and creating our formulations that can go on all sorts of surfaces and substrates and make them less susceptible to bio-fouling, and we can do that on textiles, in liquids, in lotions and embed it into plastics,” Hutnak said.

Lee Riley, M.D., professor and chair of the Division of Infectious Disease and Vaccinology at the University of California-Berkeley School of Public Health, said the boom in anti-viral masks will likely find an audience as American society masks up en masse.

“There’s always a market,” Riley said. “It’s kind of become a boutique type of culture. In a place like the U.S., to make it into a cultural behavior, you have to have some sort of gimmick. Anti-viral masks would be one form of gimmick that would be attractive to certain markets. And that would ultimately lead to cultural acceptance and in that sense these masks could be very useful.”

The Anti-Viral Mask: New Visibility for a 10-Year-Old Concept

Michael Schmidt, professor of microbiology and immunology at the Medical University of South Carolina, said the pioneering work in copper-infused anti-viral masks was done in 2010 by researchers at Cupron Scientific in Israel and Microbac Laboratories in Sterling, VA. Those researchers impregnated masks (N95 or Type IIR) with copper oxide, which proved an effective virucidal agent against the flu. The current spate of anti-viral mask offerings, Schmidt said, are carrying on that principle, and claims of revolutionary capabilities should be taken with a grain of salt; Milliken &Co., for instance, introduced antimicrobial clothing treated with silver ions for athletes and hunters in 2007.

Most of the masks offered to the public offer similar claims of killing the SARS-CoV-2 virus, above 99 percent. They differ in technology, time-to-kill, and durability. The price of masks varies; for instance, Mark Zuckerman, a partner in Coppermedics, the U.S. representative for the Virus Buster mask developed by South Korean startup Medifiber, said the company is targeting frontline-care workers at a maximum of $10 per mask. The Sonomask is available via Amazon for $69 for one, $43 apiece when bought in lots of six, or $34.90 each in lots of 10 (the company says the mask is now tested effective through 65 commercial laundry cycles). The Livinguard mask sells for $24.95 for a two-layer model and $29.95 for three layers (it can be washed weekly for 30 weeks according to the company).

Schmidt said much of the public information available about masks’ claimed virus-killing efficacy falls short of the amount of scientific rigor displayed in the 2010 paper, and the current regulatory climate in the U.S. likely won’t make clear which, if any, of the new masks might be most effective.

“This technology of how to kill pests has been around for a long time,” he said. “But it’s principally regulated by the EPA under a statute called the Federal Insecticide, Fungicide, and Rodenticide Act.”

Schmidt said the law, enacted in 1910, was principally designed to regulate pesticides in agriculture. “But because it’s an article and it’s killing ‘pests,’ the EPA does indeed have jurisdiction—the FDA and NIOSH and OSHA all have a piece of skin in the game but no one has taken ownership of antimicrobial masks. The EPA has been gutted by the current administration. They are anti-regulation, and that has been promulgated into the Department of Labor, which controls OSHA, and the CDC, frankly, I don’t think has time to worry about this. They are allowing the consumer to be an informed buyer. Caveat emptor.”

What Is an Informed Buyer?

Schmidt also said prospective customers trying to figure out whether an anti-viral mask is more protective than a well-maintained non-treated multi-layer cloth mask won’t find much help from vendors or regulating agencies.

“The answer to that question is those studies haven’t been done, and they are challenging to do,” he said. “Remember, if you are maintaining a public health claim, everyone is different. I wash my hands probably more than others because I know what I’ve been doing with them, whereas other people don’t pay any attention. So there’s tremendous variation.”

Zuckerman said Coppermedics is careful not to overstep the parameters laid out in FDA's Emergency Use Authorization for anti-pathogenic masks.

Riley said he thinks anti-viral masks may indeed de-activate pathogens, but, like Schmidt, said good basic hygiene and a mask of sufficient density is likely adequate in keeping people safe.

“I think they do provide antiviral effects, but that’s not really the importance here,” he said. “It’s really the filtration efficacy. The justification these mask makers make in using this type of mask is that people tend to touch their masks and if live virus is still on the mask, you can get infected from your hands. But again, people are being constantly told to use hand sanitizers, so that will probably be more effective than just relying on the antiviral effect of the mask. Yes, I think these masks do contribute to the reduction in the virus, but the impact of that I think would be just incremental.”

While the impact of the augmented masks in the current pandemic may or may not be incremental, the developers say the culturally ubiquitous mandates to mask up will also drive an enduring willingness to consider how pervasive pathogens are and also the possibility of markets far beyond the end of one’s nose.

“It’s certainly a developing market,” Coppermedics’s Zuckerman said. “People will make decisions about their protective behavior in a more enlightened way as the world goes forward from this. During the flu season, people will be more conscious of how to protect themselves in certain situations and it will be much more common.”

“Yes, there is certainly a shift in people’s view of a mask as another item they carry with them,” Sonovia’s Goldhammer said. “But we don’t see ourselves as just a mask company. People now understand we are exposed to viruses and bacteria in general. We were already working in pilots with automotive industry partners, way before this pandemic started. Why? Because of the advent of autonomous vehicles and other vehicles that are used by more than one user. It’s going to be around and not just for masks.”