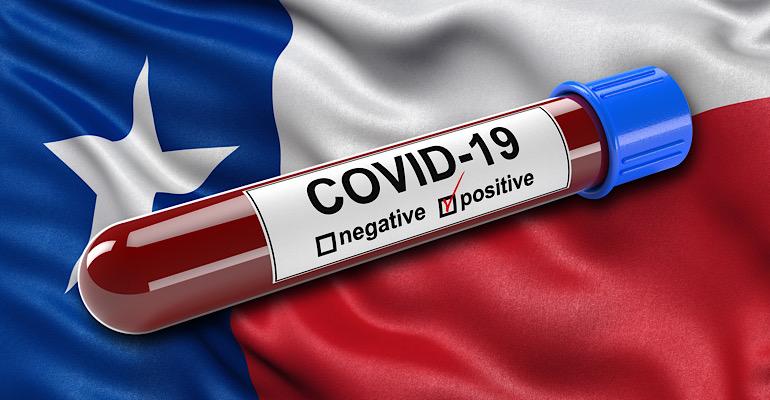 Gov. Greg Abbott signed an executive order to pause elective surgery after the state reported more than 5,000 new cases for three consecutive days and broken COVID-19 hospitalization records for 13 days in a row.

Just when it looked like procedure volumes were rebounding faster than expected, Texas Governor Greg Abbott has paused the state's reopening —including elective surgery.

“The last thing we want to do as a state is go backwards and close down businesses," Abbott said on Thursday. This temporary pause will help our state corral the spread until we can safely enter the next phase of opening our state for business."

The second largest U.S. state by population, Texas has reported more than 5,000 new cases for three consecutive days and broken COVID-19 hospitalization records for 13 days in a row. The governor issued an executive order forcing all hospitals in Dallas-Fort Worth, Houston, San Antonio, and Austin to "postpone all surgeries and procedures that are not immediately, medically necessary to correct a serious medical condition or to preserve the life of a patient who without immediate performance of the surgery or procedure would be at risk for serious adverse medical consequences or death, as determined by the patient’s physician." It is unclear if the order applies to procedures performed in ambulatory surgery centers or a physician's office.

"This is clearly negative for the medtech sector in our view and could be a sign of what is to come in other areas of the country seeing COVID-19 surges including California, Florida, and Oklahoma," Needham & Co.'s Mike Matson said in an analyst report. "But we think it is unlikely that we will see another nationwide suspension of elective procedures given the geographic variation in COVID-19 prevalence and the severe financial impact on hospitals."

Matson said he still believes that elective surgery volumes will continue to rebound during the third and fourth quarters, even with "rolling elective procedure suspensions in different areas of the country."

Needham & Co. recently hosted two calls with executives from health systems in areas that experienced very different COVID-19 impacts. The firm hosted a call with Richard Keenan of Valley Health System in New Jersey (about 15 miles northwest of New York City), and a separate call with George Sauter of John Muir Health System in California. Matson said that a key debate among investors is estimating where 2021 ends up in terms of a percent of normal and what shape the recovery of elective surgery will take.

Keenan said during his call with Needham & Co. that the best he could hope for in 2021 is to be at 95% of normal procedure volume. The hospital executive also predicted that the recovery, for his hospital system, will look more like a "U" than a "V".

Sauter painted a different picture for his system in California, however. He said that as of last week the John Muir Health System's procedure volumes were only down about 5% to 10% over last year as the system works through its backlog and some new procedures return.

"While [Sauter] believes that they can return to normalized levels in the near-term, he noted that from a financial perspective, they will need to see above-normal volumes to fully recover," Matson said. "While he believes new procedure volumes continue to be down year/year, the shortfall is being made up as they work through the procedural backlog."

Matson recently noted in a report that a "W" shaped recover in elective surgery volumes is possible, and the analyst said that Sauter's comments support that view. Sauter also pointed out, however, that a significant portion of older patients on Medicare are still relectuant to have elective surgery right now, due to fears of catching the virus.

In a June 18 report, the analyst said the healthcare industry could see an initial sharp rebound in elective surgery followed by a slowdown before a second rebound, which is where his "W" shaped recovery theory comes in.

Since about mid-May, Matson has been using Google Trends to gauge the recovery pace of elective surgery volume in the United States. In his most recent report, the analyst noted further improvement in the volume of Google searches on elective surgery. Searches for 20 elective procedures in the United States were down by an average of 34% in the second quarter (through June 20) compared to this time last year.

Matson's previous report showed those same searchers were down by an average of 35% year-over-year through June 13. The analyst noted that he downloads updated two-year historical data set from Google Trends to ensure an "apples-to-apples" comparison and that this causes some variability in the numbers between his weekly reports. Compared to last week, 18 of the 20 procedures saw smaller year-over-year quarter-to-date declines and all three categories of procedures (orthopedics, general surgery, and cardiovascular) also all saw smaller year-over-year quarter-to-date declines.

"We believe that the Google trends data continue to support the idea of a 'v-shaped' recovery in elective procedures and increases our confidence that 2Q20 results may exceed consensus," Matson said in his report on Tuesday.