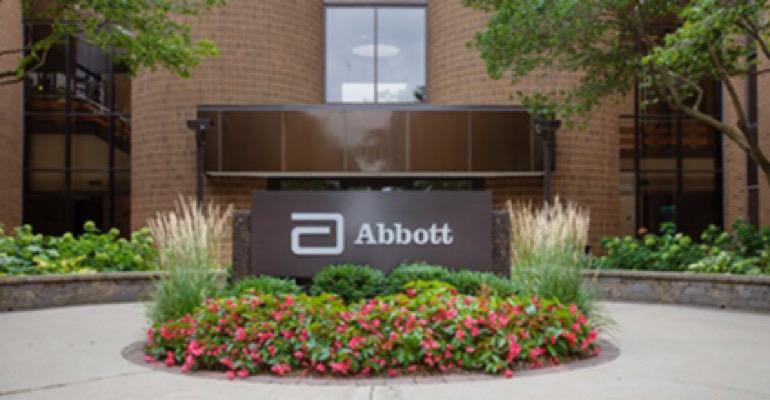 Abbott Laboratories posted a strong quarterly earnings beat, and the company's diverse offering of COVID-19 tests is only part of the story.

Abbott Laboratories' medical device segment returned to growth in the third-quarter (3.4% year-over-year), complimented by an extraordinary beat on the diagnostics side, driven by $881 million in COVID-19 sales. While the medical device beat is partially a reflection of how quickly procedure volumes have bounced back across the industry, it's also a testament to the strength and resiliency of Abbott's medical device portfolio.

"Our pipeline has been highly productive," Abbott CEO Robert Ford said Wednesday during the company's third-quarter earnings call. "We've got over 100 new products in the pipeline across all of our four businesses that we have planned to launch over the next couple of years."

That leaves plenty of room for opportunities to invest in the pipeline and accelerate growth, Ford said.

"Our teams have worked tirelessly since the beginning of the pandemic to bring to market multiple COVID-19 tests across our diagnostic testing platforms," Abbott CEO Robert Ford said Wednesday during the company's third-quarter earnings call.

During the third-quarter, Abbott launched a new rapid antigen test for COVID-19 called BinaxNOW, which Ford describes as a disposable test about the size of a credit card that can determine if someone is infected with the virus within 15 minutes, without the use of an instrument. 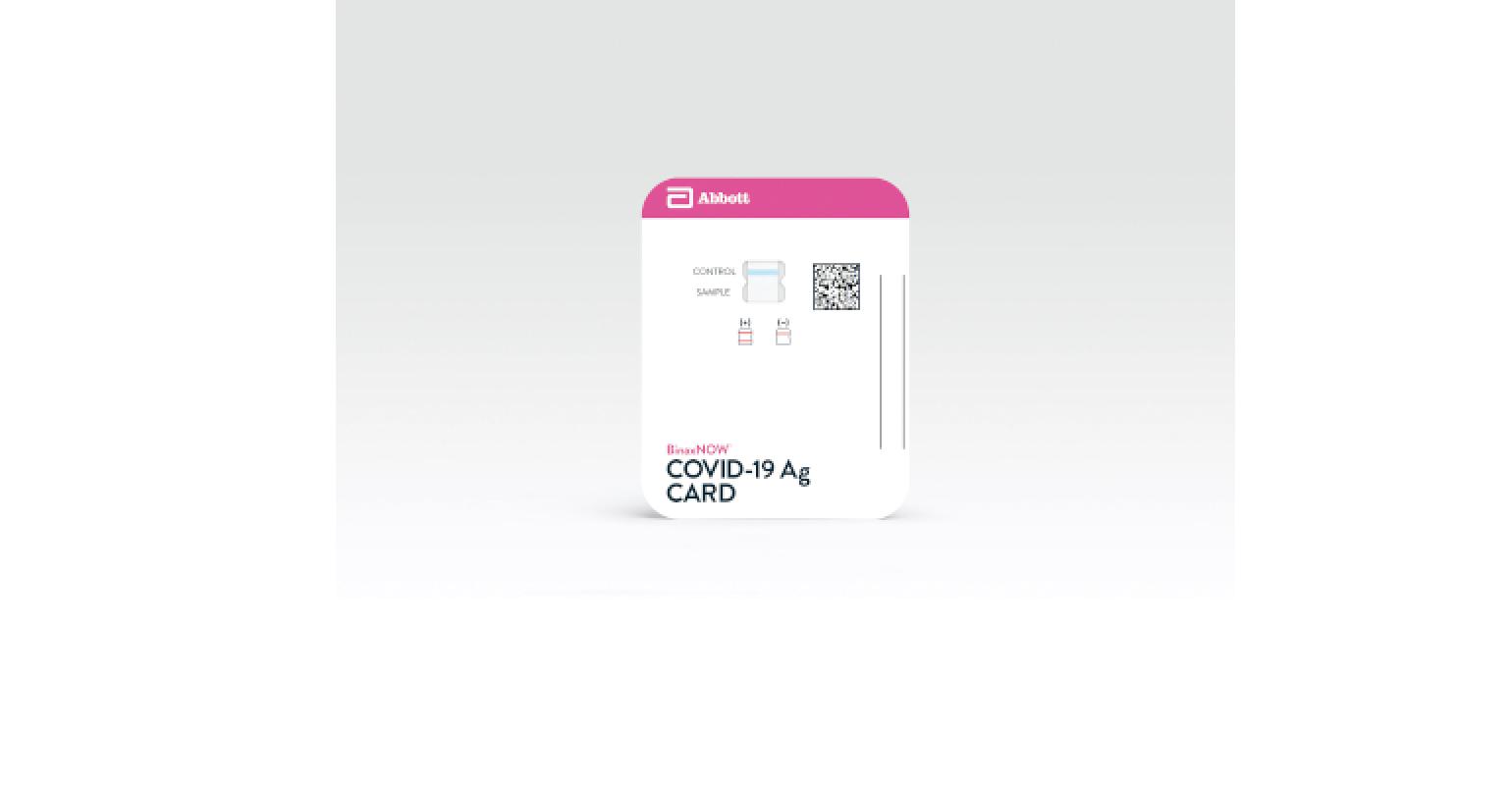 "Given the mass market need for testing, we knew that developing and launching this test was only half the equation, which is why we simultaneously built two new manufacturing facilities in the U.S. to help meet the public health need of testing as many people as possible, as often as possible to help reduce the risk in the environment and slow the spread of the virus," Ford said. "Today, we've sold more than 100 million COVID tests across our diagnostic platforms. And we continue to pursue opportunities to further increase our manufacturing capacity to help meet the significant demand for testing around the world."

How Will a COVID-19 Vaccine Impact Testing Demand?

Given how much COVID-19 testing drove Abbott's growth in the diagnostics segment this year, it's no surprise that analysts' thoughts are turning to how a Covid-19 vaccine might impact testing demand. When asked, Ford recalled his comments from the company's second-quarter earnings call.

Ford said he thinks that most countries are still in either the pandemic phase or the recovery phase, and he expects that to last through next year. In short, the CEO said the availability of a COVID-19 vaccine might mean a decrease in PCR testing, and maybe an increase in antibody testing, but the demand for rapid testing is not going to diminish that quickly because it's an easier sample with a faster result.

"So there's a lot of complexity here in trying to forecast whether COVID will ramp down and COVID testing will ramp down, and when will it reach a steady state? ... I actually think if we're thinking long-term, strategically long-term, that might not be the right question, because I think it misses the point on what Abbott is actually doing right now. Yes, we've developed a lot of COVID tests. We've invested in manufacturing and selling them at affordable prices," Ford said. "That obviously helps the economy, it helps contain the virus, but what we're actually doing here, if you take a step back [and look] at a bigger picture, is we're actually executing on the vision that we had when we bought Alere where we wanted to build a premier point-of-care business so that we could decentralize tests, so that we could democratize tests, and so that we could digitize tests."

He also said Abbott's BinaxNOW, ID NOW, and Panbio tests are perfect embodiments of that execution.

Eventually COVID-19 testing will ramp down to be more on par with flu testing, but even then, Ford expects Abbott to benefit from the installed base that the company has built during COVID-19, the consumer behavior the pandemic has created, and the new channels that have opened up with rapid testing.

"Whether it's airports, retail stores, more physician's offices, the app ecosystem that we're building, all that is going to remain, and it'll remain for all the other assays that we currently have and that we'll be rolling out," he said. "So I think that as we look at 2021, into 2022, it's going to be COVID testing, but ... the way we're looking at it is the execution of that Alere strategy, which is to build a whole new testing platform outside of the walls of a lab in a hospital."

And COVID-19 has actually given Abbott an opportunity to accelerate that strategy, Ford said.

But COVID-19 testing is only part of Abbott's third-quarter success story.

Ford said Abbott saw steady improvements in demand and procedure trends across the company portfolio, which resulted in five of its seven medical device businesses achieving positive sales growth in the quarter, including electrophysiology, heart failure, structural heart, neuromodulation, and diabetes care. Growth in the quarter was led by diabetes care where sales grew 25%, he noted, including more than 35% growth of FreeStyle Libre, the company's continuous glucose monitoring (CGM) system.

"Although still early in the launch, customer feedback has been overwhelmingly positive," he said. "We also obtained CE mark for Libre 3, which integrates Libre's leading accuracy and performance into the world's smallest fitness disposable sensor, the size of just two stack pennies at the same affordable price as currently available versions of Libre." 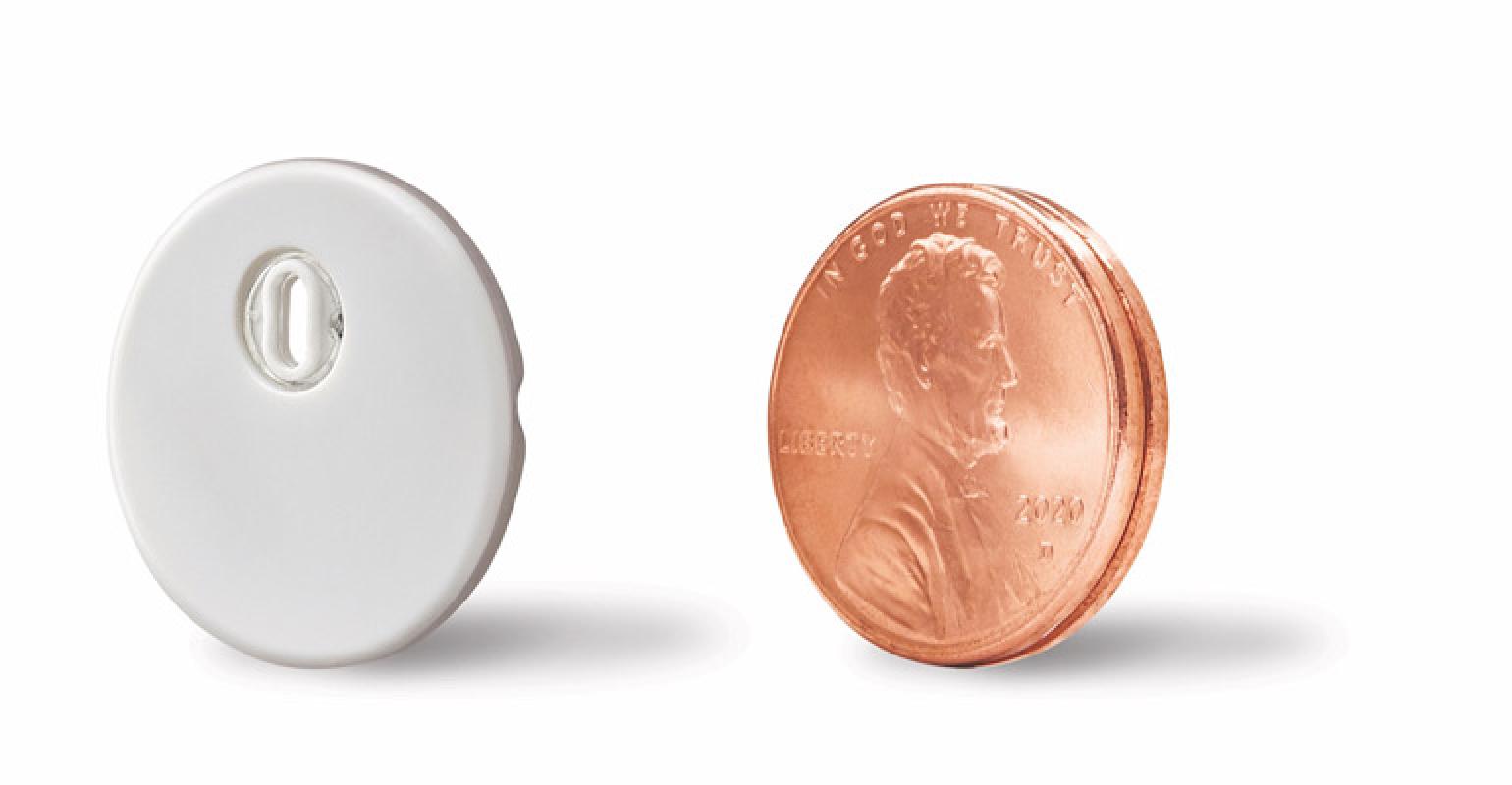 Abbott also launched its Libre Sense Glucose Sport in Europe, which represents an "initial step in a very intentional approach to pursue mass market biosensor opportunities beyond diabetes." This device is designed to allow athletes to monitor their glucose levels in order to learn how and when to best fuel with food and supplements to avoid fatigue and achieve peak performance.

"Our pipeline continues to be highly productive, resulting in several important new product launches and approvals during the quarter," Ford said.

As pointed out by Marie Thibault, a medtech analyst at BTIG and a former MD+DI managing editor, Abbott shares traded off Wednesday while the broader medtech sector saw a stock pullback.

"We haven't identified one driver for this and believe it is temporary; potential reasons could include rotation out of top performers, hesitation ahead of a vaccine, or a desire for more concrete details on 2021," Thibault wrote on Wednesday. "We see room for upside to our forecast, particularly in diagnostics and devices, and expect [Abbott] to remain a consistent outperformer."

That's probably baked into the stock price though, the analyst noted, and BTIG maintained a neutral rating on the stock based on valuation.

For Mike Matson, a medtech analyst at Needham & Co., Abbott's results support his view that most medical device companies are likely to beat consensus in the third quarter due to a stronger than expected rebound in procedures. Matson has been particularly well tuned in to the elective surgery trends during COVID-19.

"And we expect medical device market growth to show further improvement in 4Q20, and most markets are likely to grow on a [year-over-year] basis in our view, albeit still below normal levels," Matson wrote on Wednesday.