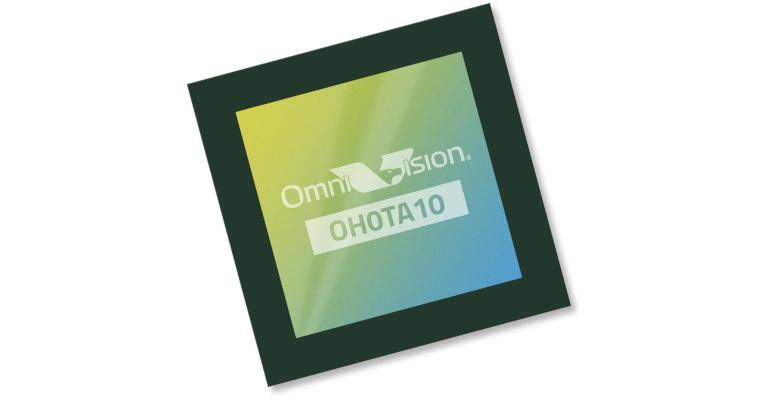 OmniVision, already known for its record-setting small medical-grade image sensors for endoscopes, has now released an even smaller sensor, the new OH0TA OVMed medical image sensor. With a package size of 0.55mm x 0.55mm—smaller than the Guinness World Record for the “Smallest Commercially Available Image Sensor” held by its predecessor, the OV6948, which measures 0.575 mm x 0.575 mm—the OH0TA also features a 1.0 micron pixel and a 1/31 in. optical format. The company also released the OVMed OCHTA camera module that integrates the new OH0TA image sensor and offers four times the resolution of its predecessor, at 400x400, or 160 KPixels. This module features the company’s CameraCubeChip wafer-level technology, enabling it to match the world’s smallest size of its predecessor, at 0.65mm x 0.65mm, it reported.

Ehsan Ayar, medical product marketing manager at OmniVision, told MD+DI that the smaller sensor was developed to “enter smaller, darker areas previously not accessible or obscured by fluids.” With a resolution that is four times that of its predecessor, explained Ayar, the sensor is expected to “make a difference in surgical and diagnostic endoscopy applications.”

Ayar said that the endoscopy market is growing at a rate of 30% CAGR, and the “catheter segment is getting bigger. Imaging is penetrating more procedures, and surgeons rely on imaging to make diagnostic decisions.” They “need realistic images so they can make decisions on whether to remove a tumor and where to cut,” and “they need to see tissues clearly,” he added.

He added that one of the main advantages of the new sensor is “not just that it is small, but it is small with good image fidelity and low-light sensitivity. Others need to use more LEDs, which can generate heat.”

The ability to capture high-quality images in low-light conditions comes from the sensor being built on OmniVision’s PureCel Plus-S stacked-die technology. With this next-generation stacked image sensor, “the entire top layer consists of the pixel array, and the digital logic is moved beneath, which provides higher light-gathering efficiency—all photons hitting the sensor are captured for brighter images,” Tehzeeb Gunja, director of medical marketing for OmniVision, told MD+DI. “There is also lower color cross talk and a more constant black level.” And “because of the stacked technology, we are able to reduce power by 20%, which reduces chip-on-tip camera heat for greater patient comfort and longer procedure durations, while also reducing noise for crisper images.”

The OH0TA OVMed medical image sensor can be used with traditional glass-lens systems, or it can be fused to a plastic lens as part of the OVMed OCHTA camera module, an alternative to glass lens systems. “With our CameraCubeChip technology, thousands of lenses can be cut at the same time, at the wafer level, so the scale of manufacturing allows speed and automation, resulting in better cost and time to market,” said Ayar. 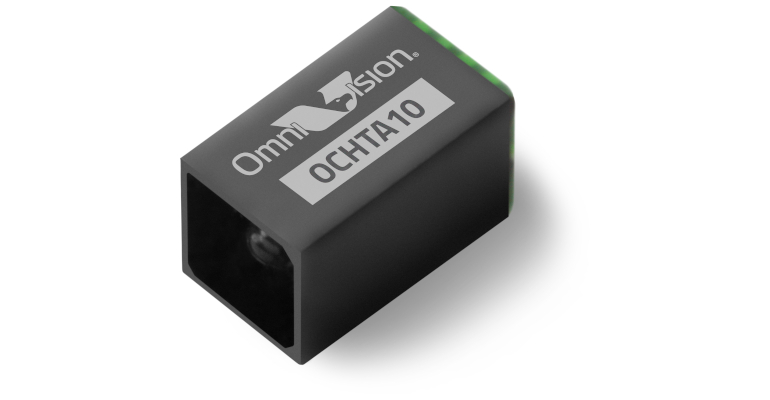 OmniVision is also now offering integrated cable modules (up to 5 meters long) as a turnkey solution. In this platform, “the customer doesn’t have to interact with as many suppliers,” said Ayar. “We have always received inquiries for cables—some customers don’t have the time or the expertise. While the turnkey solution offering is new to us, we’ve always had the knowledge of the supply chain.”

The cables are extensively tested for biocompatibility. “It is very unlikely that our cables would be used without a sheath, but we test for biocompatibility in the event of the worst-case scenario, a [sheath] breakage, to avoid risk for the patient,” explained Gunja.

When asked about the issue of single-use versus reusable endoscopes, Gunja explained that reusable endoscopes with glass lenses often cost facilities in the thousands plus the cost of reprocessing, whereas single-use endoscopes with plastic lenses cost in the hundreds. OmniVision’s wafer-level camera module technology is “economical and breaks the shackles of expensive lenses,” he said. Single-use systems also eliminate the risk of cross-contamination, he added.