"It is Terrifying Walking Out On Stage With A Swimsuit, Let Alone Attached To A Medical Device" 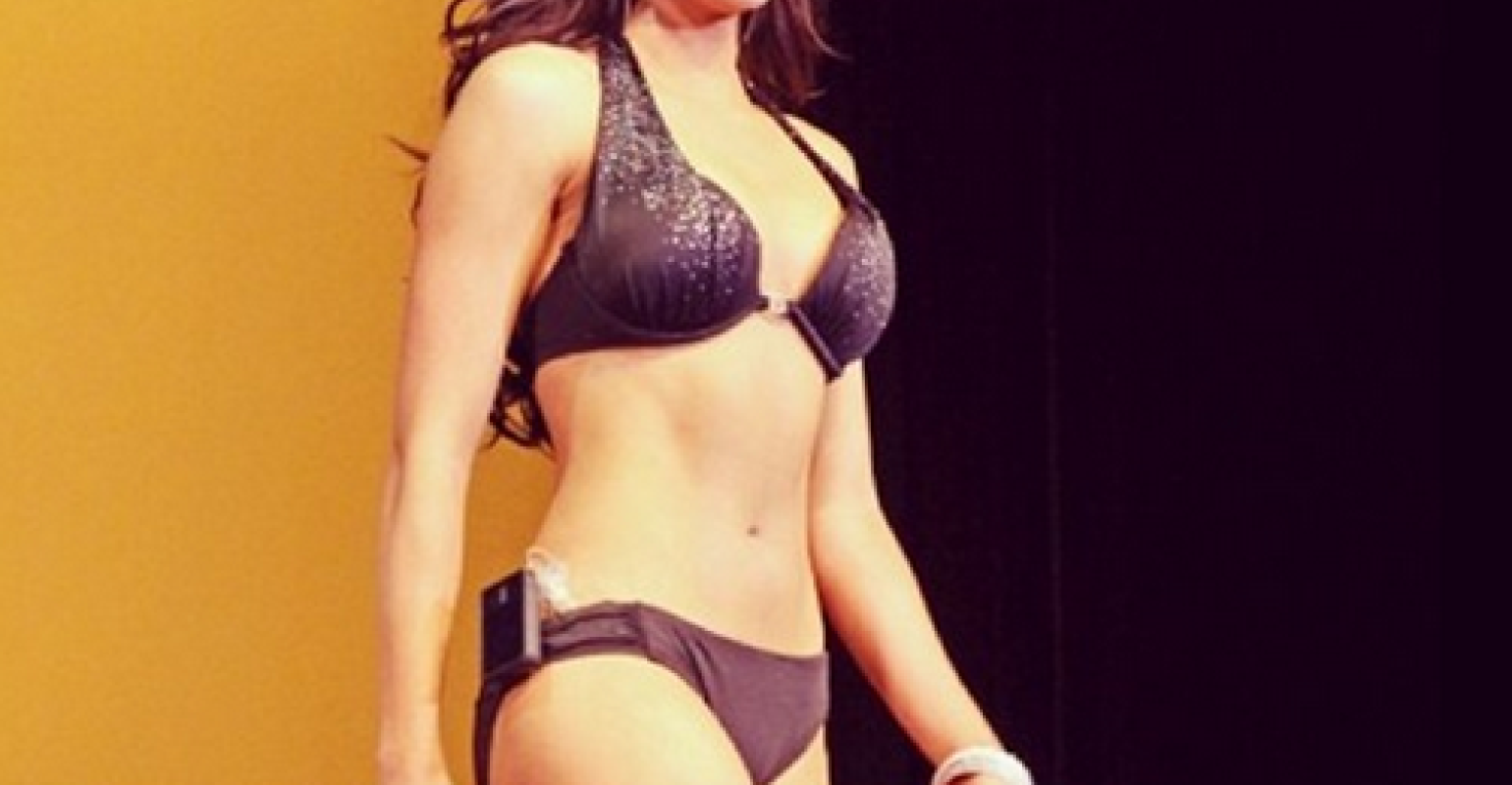 The newly Miss Idaho created an online phenomenon when she wore her insulin pump in the swimsuit round and urged diabetics the world over to share their photo of their pumps on social media.

Chronic disease is typically not assiciated with slim-legged, flat-bellied beauty.

And yet, that is exactly the conversation that Type 1 Diabetic and Miss Idaho contestant chose to have when she donned a black swimsuit and wore her tslim touchscreen insulin pump from Tandem Diabetes proudly on stage.

But Sierra Sandison, the newly crowned Miss Idaho, didn't stop there. She posted her picture on Instagram with a short write-up and launched the hashtag #showmeyourpump thereby issuing  a clarion to call to diabetics. Here is what she wrote on Instagram along with posting the above photo:

There it is. I would never have dreamt of posting a swimsuit picture on social media, but diabetics from all over the country have been asking to see me and my insulin pump on the #MissIdaho2014 stage. Honestly, it is terrifying walking out on stage in a swimsuit, let alone attached to a medical device. My message to everyone, diabetic or not, is that we all have something that doesn't "measure up" to the beauty standards set by the media--and that is okay! It does not make you any less beautiful. We also all have obstacles, challenges, and trials. Diabetes turned my life upside down when I was first diagnosed. Don't let your challenge hold you back or slow you down. Use it to, not only empower yourself and grow as an individual, but to serve and influence other people as well. With that said, I have faced my fear of proudly showing my insulin pump! Now I want to see YOURS! Post your photo on social media (insta, twitter, facebook--make sure it is shared publically so I can see it) with the hashtag #showmeyourpump! The nationwide support from my fellow diabetics this weekend has been AMAZING! I can't wait to see more you guys! This is not limited to just girls, or to people with pumps--I want to see YOU and whatever your daily battle with diabetes looks like. Follow me during my year: @missidorg All my love, Sierra Sandison Miss Idaho 2014

Needless to say that the community of diabetics responded in droved taking inspiration from her bold and unconventional. Overnight the hashtag #showmeyourpump and Sandison have become online sensations. Medical device makers have also chimed in. Here is an accout of the more notable social media responses both directly in response to her call to share photos of insulin pumps and others that wonder how to better leverage this phenomenon to improve healthcare access and reduce discriminaiton.

She is definitely inspiring many people! Thanks for sharing your pump with us, @WRIFJade. #showmeyourpump

I wonder if there's a way to turn #showmeyourpump into avenue for better access, less discrimination?