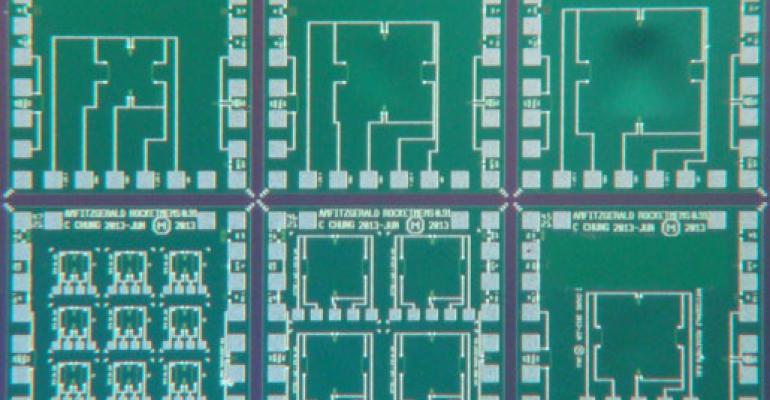 MEMS are helping to advance biomedical devices by leaps and bounds, but technical and business challenges remain.

MEMS are helping to advance biomedical devices by leaps and bounds, but technical and business challenges remain.

Silicon chips now integrate not only electronic circuits, but also mechanical, fluidic, optical, acoustic, thermal, chemical, or biological components. In Europe, these types of chips are often referred to as “microsystems.” In the United States, they are called microelectromechanical systems (MEMS), a term coined when early MEMS chips integrated only mechanical phenomena.

Adding these components to silicon chips enables them to interact with the world, which allows them to function as sensors and/or actuators. There has been an explosion of products using sensors since the 1990s due to the availability of a variety of small and cheap MEMS sensors.

As an example, before MEMS, acceleration sensors, also known as accelerometers, used to be hand-sized devices that weighed a kilogram and cost tens to hundreds of dollars.  Today, every smartphone has an accelerometer that is smaller than a fingernail and costs a quarter.  In fact, every smartphone incorporates at least five MEMS devices: one accelerometer, one gyroscope (to detect rotation), two microphones (one for sound detection and one for noise cancellation), and one magnetometer (a compass that determines pointing direction).  Soon, even more MEMS chips will come to your smartphone.  Pressure sensors are now being incorporated to detect altitude.  Gas and environmental sensors are now emerging to measure humidity, carbon monoxide, air quality, and many other things.

The miniaturization of these new sensors leads the imagination to recall “Fantastic Voyage,” the 1966 movie of a microsubmarine that explored and traveled through the blood vessels of the human body.  While that vision is not (yet) realized, today there are tiny MEMS sensors that are as wide as a few human hairs.  For example, pressure sensors that are 250 µm wide are now commercially available.  Human hairs, by comparison, are 75–100 µm in diameter.

Such tiny sensors have enormous potential in biomedical devices.  The St. Jude Pressurewire guidewire uses two of these sensors to guide a balloon catheter.  Balloon catheters must be positioned in the blood vessel at the correct location, so that the balloon inflates to open a constriction, or stenosis.  The two pressure sensors in the St. Jude Pressurewire are on either side of the balloon.  As the catheter winds its way through the cardiovascular system, the two sensors read the same blood pressure, but when the forward sensor detects a drop in pressure, the clinician knows that the stenosis is now between the two sensors.  The balloon is then inflated at the correct location.

Other examples of MEMS in biomedical devices include accelerometers in cardiac pacemakers that detect physical activity in order to modulate the pacing rate.  The CardioMEMS stent incorporates a pressure sensor to intravenously monitor aortic blood pressure to predict aneurysm failure.  The Volcano FloWire guidewire has a flow sensor in a catheter that detects the direction and magnitude of blood flow to guide the catheter through the cardiovascular system.  Low-cost MEMS pressure and flow sensors are also used in respiratory equipment and blood pressure cuffs.  There are also many research projects underway, such as the GoogleX Smart Contact Lens, an artificial kidney fro mthe University of California San Francisco , an implantable blood analyzer from the Ã‰cole Polytechnique FÃ©dÃ©rale de Lausanne , and many others that have not yet reached commercialization.

However, there are significant challenges to making MEMS work in biomedical applications.  Some are technical; for example, MEMS devices are made of silicon, a hard, brittle material that is cut into sharp-edged squares.  In contrast, biomedical devices in the body need to be soft and flexible.  To make hard, sharp silicon devices friendly to the body, they are typically embedded into soft materials.  This works well for acceleration sensing, where nothing needs to come into contact with the sensor.  But it is more difficult for other types of sensors, such as pressure sensors, which need to interact with the measured medium.  The housing that surrounds MEMS chips is called the “package,” and is a significant challenge to MEMS development.  For some sensors, the package contributes the majority of both the MEMS development and unit production costs.

To better understand why, one needs to understand how MEMS chips are made. In many industries, products such as an automobile, t-shirt, or pacemaker, are “job manufactured,” meaning they are produced one at a time.  In contrast, semiconductor and MEMS devices are “batch manufactured.”  This means each chip is not individually made.  Instead, the unit of work is the silicon wafer, on which there may be thousands or tens of thousands of chips.  Just as an automobile is built one step at a time in an automobile factory, the silicon wafer is built one step at a time in a semiconductor fab.  However, at the end of the process, the silicon wafer is divided (or “diced”) into 10,000 individual chips, each one a fully functioning device.

That’s a lot of MEMS devices.

Such batch manufacture is good for meeting the large volume demand from the automotive and consumer electronics sectors.  It keeps the semiconductor fabs busy processing the tens of thousands of MEMS wafers manufactured each year.

However, the batch economics of wafer fabrication work against the biomedical industry.  A few hundred wafers could produce enough MEMS chips to satisfy the unit demand for the 11 largest biomedical applications combined.  If for your medical product you only need a few wafers’ worth of MEMS sensors, very few semiconductor fab facilities will take your business.  A typical minimum order quantity is 100 wafers per year, which can produce millions of MEMS chips.

More significantly, this volume mismatch means that many MEMS companies aren’t focusing on the biomedical industry.  The production volumes are simply too low.  This, in turn, means that very few commercially-available MEMS chips meet the requirements of biomedical applications.  So despite all of the “Fantastic Voyage” potential, there is less commercial excitement about bringing MEMS technologies to biomedical applications.

So what’s a biomedical company with a great MEMS idea to do? The biomedical industry has three general options for getting the MEMS chip it needs, summarized in Table II.

The first method is to piggyback on the automotive or consumer electronics markets and find a commercial off-the-shelf (COTS) MEMS chip that was made for those markets.  This is the recommended approach if the sensor can meet requirements.  Purchasing a COTS MEMS chip avoids development costs and timelines.  However, because these devices are designed for the automotive and consumer markets, the likelihood of a requirements match is low.  It’s usually a case of being close and yet so far, such as a MEMS chip that meets most requirements but is the wrong size, range, resolution, electrical impedance, power draw, packaging, or some other issue that ultimately makes it incompatible.

The second method is to custom develop and order the MEMS chip.  This makes sense for large unit volumes.  But for biomedical volumes, this means placing the minimum order and vastly overpaying for the chip (i.e., paying the fab’s batch minimum and then never using  90% or more of the chips produced).  Depending on the biomedical application, this might be affordable—albeit wasteful.  Moreover, there is the cost, time, and risk of developing a custom MEMS chip, which starts at $1 million and requires a few years.  Custom development also requires a development team of MEMS engineers.

The primary trade-off for these advantages is that the chip manufacture method is mostly fixed, so semicustom does not have as wide a design space as full custom development.  Despite this, the semicustom design space can meet the needs of most biomedical applications.  Chips that don’t usually fit well with the semicustom approach are those chips that require special processing, such as very high-performance sensors or sensors that operate in extreme environments.

50 years ago, science fiction writers grasped the potential of miniaturization technologies in biomedical applications.  Today, microscopic MEMS devices are part of stents, catheters, and contact lenses.  While we aren’t yet riding through blood vessels in a tiny submarine, the fantastic voyage has arrived.

Dr. Charles Chung is an associate at AM Fitzgerald & Associates, a MEMS product development company. Reach him at [email protected] Chung will give a presentation on leveraging semicustom MEMS sensor technologies for low-volume, high-value biomedical applications on the Center Stage at MD&M West on Tuesday, February 9, 2016.