Home>Markets>Cardiovascular
Recent
FDA Authorizes First Surgical Robot to Help with Transvaginal Hysterectomies
Mar 01, 2021
Combining Microfluidic Chip and Cellphone for Simplified COVID-19 Test
Mar 01, 2021
Could Even More M&A Be on the Way for Hologic?
Mar 01, 2021
Medtech in a Minute: The Robotics Company Formerly Known As TransEnterix, and More
Mar 01, 2021

What Retirement? Cosgrove Remains Active in Medtech Through Advisory Roles 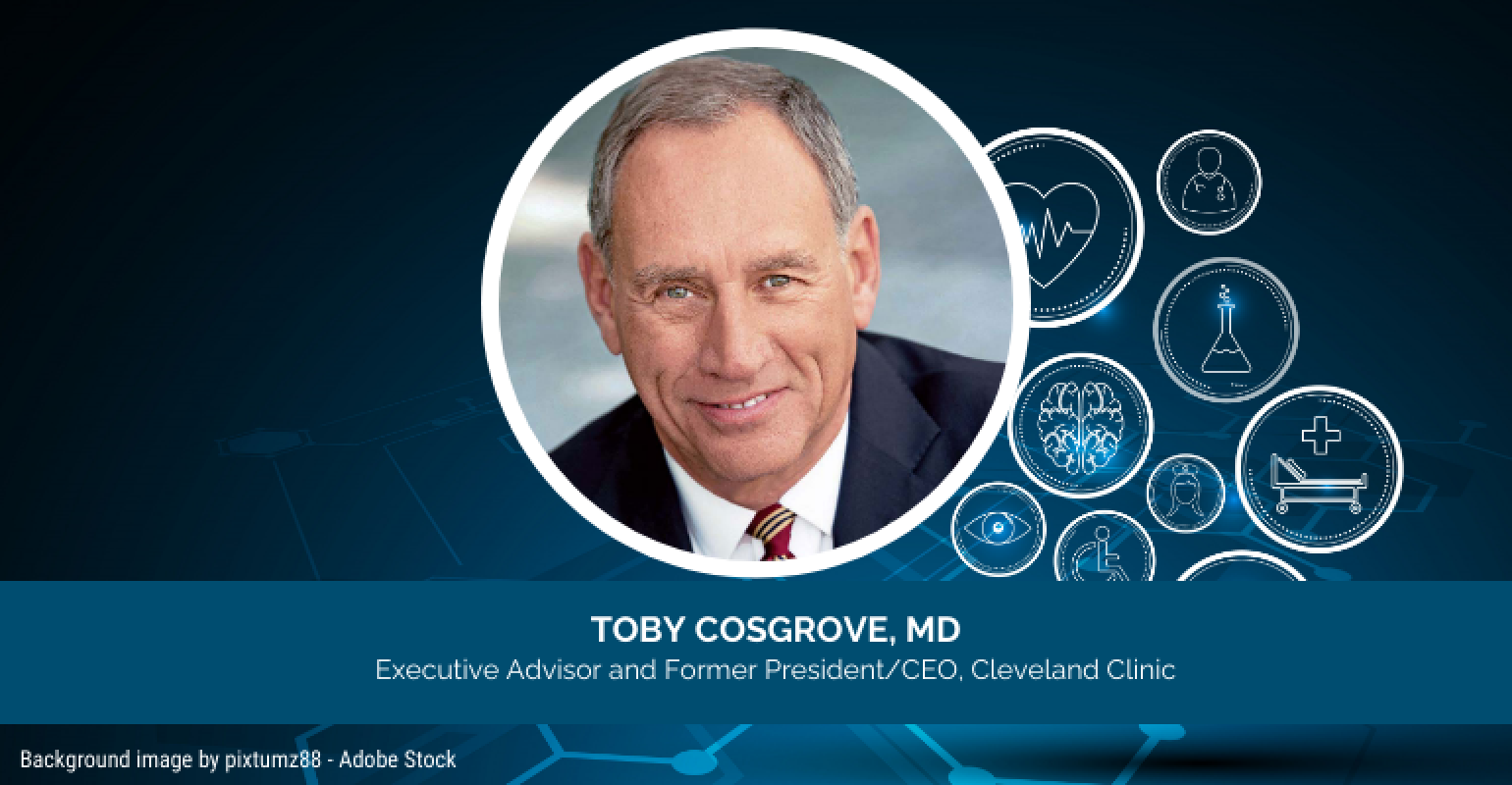 Former Cleveland Clinic CEO Toby Cosgrove continues to make an impact in healthcare, most recently as a board member at AliveCor.

Widely recognized as one of the most influential people in healthcare Cosgrove stepped down from Cleveland Clinic's top executive role in 2017, but continues to serve the industry through advisory roles. Most recently, Cosgrove joined the board of directors at AliveCor, a medical device and artificial intelligence (AI) company that develops ECG technology for consumer mobile devices.

"Over the course of my career, putting patients at the center of everything I do has been my guiding principle," said Dr. Cosgrove. "I am excited for the opportunity to further AliveCor's mission of making heartcare more accessible, affordable, and convenient. Their personal ECG technology paired with cutting-edge AI diagnostics is carving an entirely new space in digital health with the power to transform the quality, responsiveness, and cost of cardiac care worldwide."

A cardiac surgeon by trade, Cosgrove was president and CEO at Cleveland Clinic for nearly 13 years, and continues to serve as the health system's executive advisor. He also served as a surgeon in the U.S. Air Force where he was awarded the Bronze Star and the Republic of Vietnam Commendation Medal.

As the top executive at Cleveland Clinic, Cosgrove drove major initiatives that gained international recognition and launched major wellness initiatives for patients and employees. Among the most memorable and, perhaps, radical initiatives under his leadership occurred in 2008 when the hospital adopted a policy to not hire smokers. That policy came just a few years after the organization banned smoking on all of its campuses. 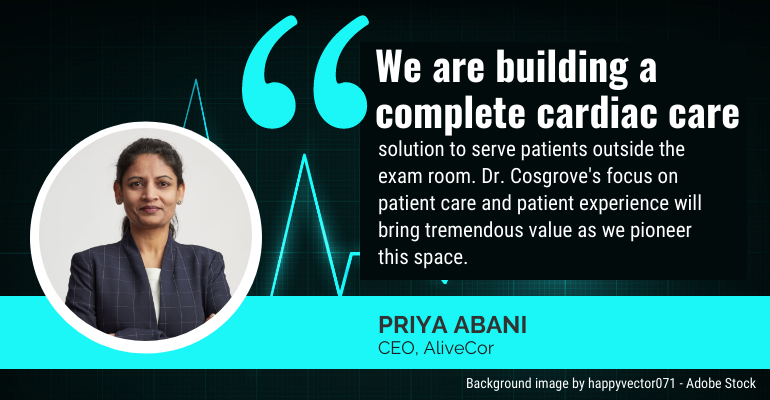 AliveCor appears to be beefing up its leadership team. CEO Priya Abani joined the company in July 2019 from Amazon where she was responsible for growing the Alexa Voice Service by leading product, engineering, technical enablement and developer experience teams. Simultaneously, AliveCor announced that Vinod Khosla has been elected chairman of its board of directors. Khosla founded Khosla Ventures in 2004 and was formerly a general partner at Kleiner Perkins and founder of Sun Microsystems.

AliveCor sells the FDA-cleared KardiaMobile device, which is designed to provide instant detection of atrial fibrillation (AF), bradycardia, tachycardia, and normal heart rhythm in an ECG. Kardia was the first AI-enabled platform to aid patients and clinicians in the early detection of AF. The company's platform also allows third-party providers to manage their patients and customers' heart conditions using tools that provide easy front-end and back-end integration to AliveCor technologies.